END_OF_DOCUMENT_TOKEN_TO_BE_REPLACED

But it’s still a Worms game. It’s a Worms game with Worms problems and Worms humor and Worms entertainment and if that’s all well and good then get right on board the Revolution train, but for everyone else there’s a cache of new features to consider. Worms: Revolution adds a class and formation system, dynamic water, physics objects and several new utilities and weapons. There’s a lot going on in this Worms game, a lot of new things, all piled on top of a 17-year old foundation that still works. Well, it works for multiplayer, the AI still makes single player a chore. END_OF_DOCUMENT_TOKEN_TO_BE_REPLACED A slew of Guardians of Middle-earth information was released today, confirming pricing details, DLC support models and box art. Unfortunately, that information didn’t include a release date for the Xbox …
END_OF_DOCUMENT_TOKEN_TO_BE_REPLACED

According to Carthew, most of the group at Team 17 felt like a Worms revamp was long overdue before Worms: Revolution had a single line of code. Roughly two years ago, before true development on Worms: Revolution had begun, a presentation was given by key members of Team 17; it was a studio-wide event. Words were said, pictures were shown, heads were nodded — Worms: Revolution would be the “blockbuster” Worms game. “We aren’t just making another Worms game, we’re making the Worms game.” said Carthew. “Of course we’re going to call it Worms something”, but “revolution” really is the point of this new game, and everybody at Team 17 feels it. END_OF_DOCUMENT_TOKEN_TO_BE_REPLACED 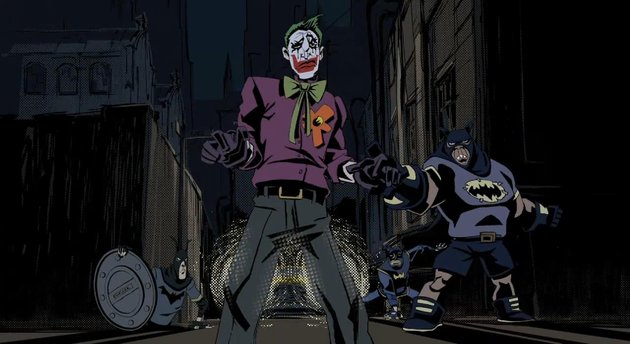 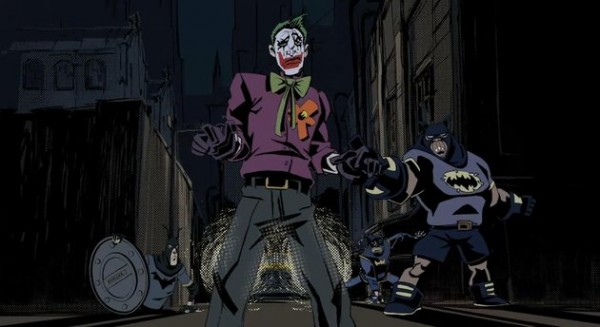 Gotham City Impostors – Monolith’s 6 vs. 6 online shooter set in a crooked Gotham City – will receive free DLC next month as way of thank you to the legions of fans that offered feedback through the beta. Announced via the Gotham City Impostor’s website, the DLC boasts a new map (set in the Gotham Times building), a pair of fresh weapons (a bullet-blocking katana and a quick-draw pistol), an additional support item, the Nimble Fingers Fun Fact and a slew of newfangled costume pieces.

END_OF_DOCUMENT_TOKEN_TO_BE_REPLACED 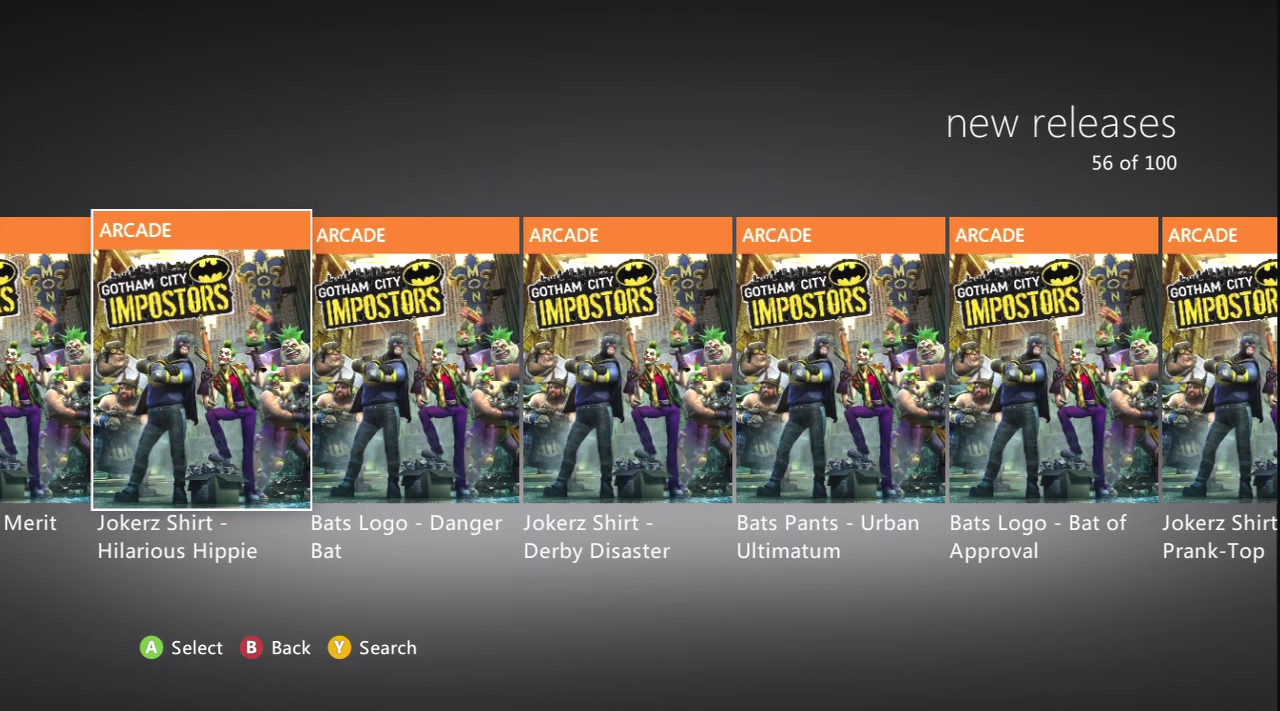 Over 100 pieces of DLC already available for Gotham City Impostors Update: Monolith has confirmed via Twitter that the downloadable content currently available on the Xbox Marketplace will also be available to unlock in-game:

“You can still unlock the stuff as you did in the beta, but you can also purchase. Your choice!”

Also confirmed, none of the pieces will impact on gameplay:

Original story: Over 100 pieces of downloadable content for Monolith Production’s online shooter Gotham City Impostors have been made available on the Xbox Marketplace ahead of its launch tomorrow.

END_OF_DOCUMENT_TOKEN_TO_BE_REPLACED 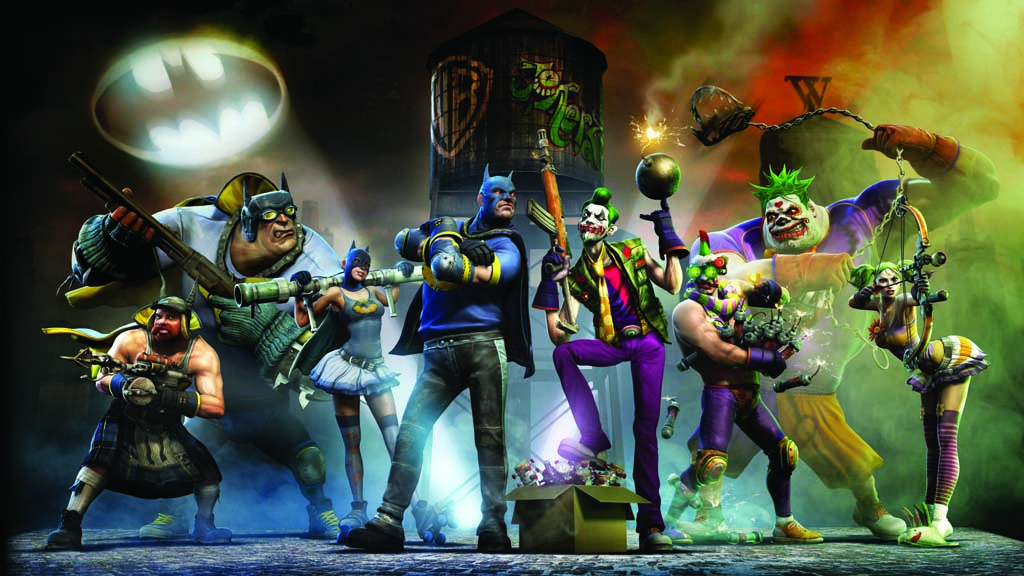 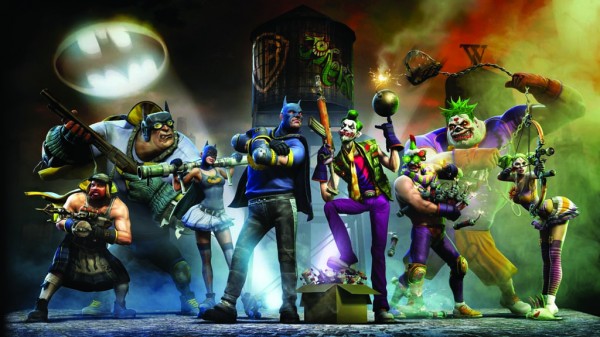 Monolith Productions producer Lucas Myers has responded to a chain of fan questions in a Q&A session on the Gotham City Impostors community board. The questions, while far from hard-hitting, provide Myers with an opportunity to speak about the game’s multiplayer modes, the nature of working with new IP and whether or not we should expect to see cross-platform play in Impostors (answer: not happening).

END_OF_DOCUMENT_TOKEN_TO_BE_REPLACED Pretty bummer news for you wannabe Gotham vigilantes out there when Gotham City Impostors got delayed. Instead of coming out next week, it’s been delayed to sometime in February …
END_OF_DOCUMENT_TOKEN_TO_BE_REPLACED

Warner Brothers has released a new trailer for the upcoming Batman inspired multiplayer shooter, Gotham City Impostors. The above trailer explains why citizens are taking up arms in the …
END_OF_DOCUMENT_TOKEN_TO_BE_REPLACED

In this promotional cartoon for Gotham City Impostors, we see two businessman come home to their apartments from a day at work. The only thing is, they’re both vigilantes …
END_OF_DOCUMENT_TOKEN_TO_BE_REPLACED