But it’s still a Worms game. It’s a Worms game with Worms problems and Worms humor and Worms entertainment and if that’s all well and good then get right on board the Revolution train, but for everyone else there’s a cache of new features to consider. Worms: Revolution adds a class and formation system, dynamic water, physics objects and several new utilities and weapons. There’s a lot going on in this Worms game, a lot of new things, all piled on top of a 17-year old foundation that still works. Well, it works for multiplayer, the AI still makes single player a chore. 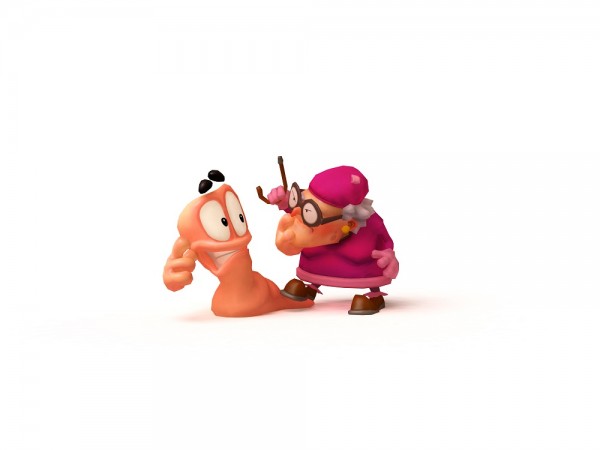 Gaming party – Worms has some of the best couch play available and this iteration is no different. In fact, with the return of series favorites like the sheep and old lady and a new, even more ballistic concrete donkey the game really feels right at home with a traditional Worms experience. From turn to turn Worms: Revolution continues the mix of fury and joy that is blowing up two of your friends, only for the ground you were on to dissipate, giving way to your own death as well. The back and forth is thoroughly entertaining, whether it be for the silly antics of the older Worms games or with more strategical variants made possible in Worms: Revolution.

Classes – There are four classes in Worms, a feature no Worms game has had before. The soldier class is the normal worm we all know and love; the heavy takes less damage, is slower, and is less affected by force; the scout is super fast, jumps farther, and receives extra retreat time; lastly the scientist deals less damage with attacks but heals all worms on the team for five for each of his turns. Each of the four classes (or rather the three new ones) is similar enough in concept to keep the Worms formula from falling apart, but different enough to be worth exploring. The balance is yet to be seen as surely in the long run people will find exploits, but so far even going with four of one class there’s enough negatives to balance out the positives of each class. The classes are a welcome layer of depth as a feature, but there’s always the option to turn them off as well. 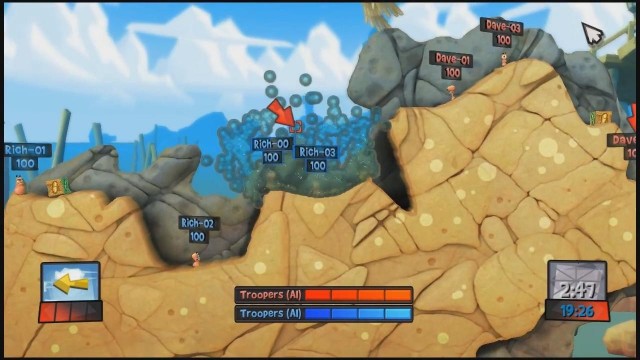 Water & physics objects – Water and physics objects are the other major new feature added in Worms: Revolution. Water has always been in the game as a sort of death-floor for any worms who plummet to their death, but now it also shows up in the map itself. Worms cannot swim or breathe under water, as such any worms under water take 5 damage a turn when submerged (as noted by a blue outline on their health box) and cannot jump as high. That said, water can be used to soften long falls and push friendly or enemy worms as necessary, making it a very versatile feature. Another physics-based feature was implemented which replaced the strange “doodad” stickers that would litter levels in older Worms games with movable, destroyable, interactive objects. These objects sometimes explode in fire or water, or give off gas, or sometimes they just roll around- they’re fun, and can even be tactical. As with the classes, both of these new, awesome features can be turned off for a vanilla Worms experience.

The campaign – The AI in general is pretty computer-hacks-y to begin with, but since for the most part the single player campaign puts you in 4 versus 8 situations, or scenarios with generally unfavorable odds, and it gets pretty frustrating. Unless you’ve played quite a bit of the game (or if you’ve got residual skills from previous games) learning to aim with the accuracy requisite for completing the missions halfway through the game will take some time, and grinding out single player isn’t particularly entertaining. The puzzles are far more interesting, but since worms move so incredibly slow they also take quite a bit of time to do even after you’ve figured out the puzzle. Once you’ve completed enough single player content to buy four of each new class, there’s not much value to be found in the single player campaign. 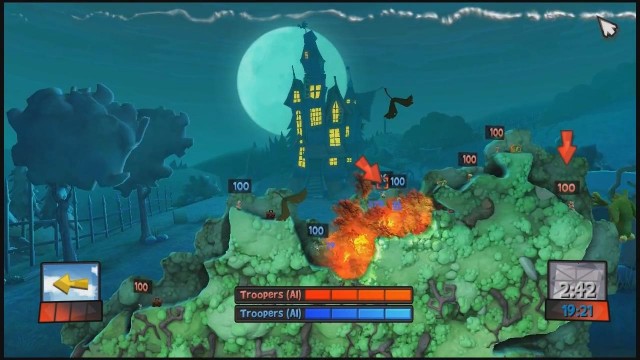 The menu – There are a lot of cool bits about the menu- the little bits the worms are doing in the background give the menus some life. Unfortunately perhaps this added menu-strain resulted in the very slow transitions the game features. There could be a myriad of reasons, but the transition animation time is tit-for-tat just slightly too long; just long enough to be noticeable. The menus are fun to look at, but with all the various options hidden two, three, even four menus deep for simple things like changing formations it can be a pain to navigate.

Worms: Revolution, above all else, adds truly new features and mechanics to the Worms formula and for that it should be praised- not just because they’re new, but because they’re good. The classes and water and depth (hah) to a game which desperately has needed it for years, and yet Team 17 isn’t afraid to let players just turn it off if they’d like. The arsenal is fully fleshed out with a wide variety of returning favorites in both basic and super weapons along with new ones to match the new content. All the new is fantastic, including the graphics, though some may miss the cartoony 2D appeal of the previous iterations. 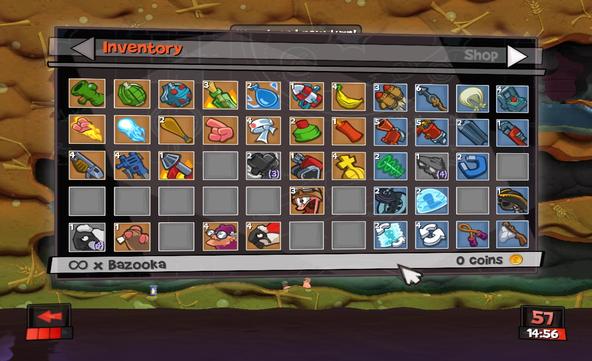 New stuff aside, it’s still Worms. And as with every Worms, it’s still not for everybody–it’s also still fantastic when played with friends, or enemies, in the same room. The online features are pretty robust compared to Worms: Ultimate Mayhem, but it’s really not the same experience, not that that’s particularly Worms: Revolution‘s fault. For those who have somehow managed to dodge every Worms game for the last 17 years, play this one because it’s the best to date. However, there’s almost no reason to own this game to play solo, the novelty of the gameplay just won’t last long. That’s a Worms game, though, caveats and explosions. Love it or hate it.