Fortnite Battle Royale has reached week eight of its fifth season. After last week which finally allowed players to unlock the road trip challenge skin, the only thing to really look forward to at this point is reaching rank 100 in the battle pass and unlocking Leviathan. The challenges this week are subpar compared to many of the previous weeks. As always though, you’ll see challenges for collecting chests, eliminating opponents, and even getting eliminations with a specific weapon class. Let’s take a look at the challenges. 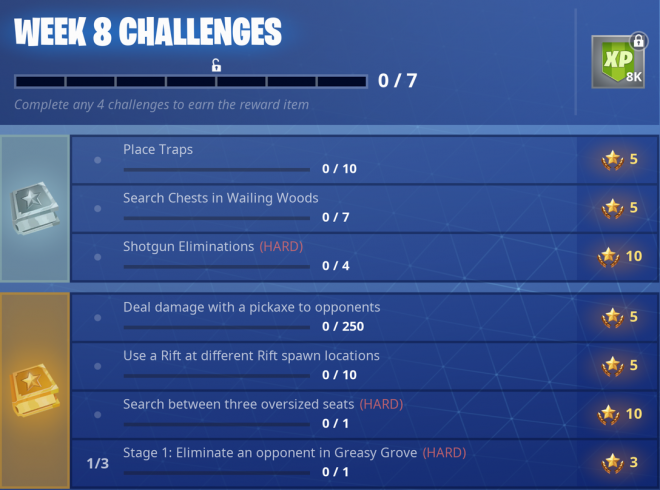 This is about possibly the laziest challenge to ever grace Fortnite. Even remotely considering this a challenge is a joke in its entirety. For this “challenge”, you need to collect spike traps, and then place them on a floor, wall, or ceiling. You’ll need to place 10 total, so if you’re not pushing for this challenge it will come over time. Any game mode will work for this, but 50v50 will allow you a little more freedom to search them out and place them down. Here is the item you want to keep a look out for. After last weeks challenge, which had players collecting one chest from five various locations, we’re sadly back to searching seven chests in one area. This time the location is Wailing Woods. With as little as the chests spawn here, don’t be surprised if you have to make several more trips than you normally would to collect the seven you need. Here is a map of every chest in Wailing Woods. The fact that this challenge is labeled as hard is laughable. With four different shotguns to choose from now, you pretty much have an arsenal at your disposal. Even better, downing an opponent and shooting them with a shotty is the more preferred method of elimination when you consider that shotguns consistently damage a player for as little as seven damage at point blank range while the enemy player is moving. Here are the weapons you’ll want to collect to complete this challenge.

Deal damage with a pickaxe to opponents

To put it simply, down a player with a gun, and use your pickaxe to damage them while they’re on their knees. It’s a cheap method, but it’s also the most effective. Assuming you damage every player for their max downed health (100), this will take about three players to get the full 250 damage required. After downing an opponent, you may also want to consider building a box around them so you have personal alone time with them and nobody interrupts your handy-work.

Use a Rift at different Rift spawn locations

For this challenge, you are required to use Rifts at 10 different locations. This means if you go to a location such as the Viking Village, the four rifts there count as one location. Here is a map of every rift location. Simply take a rift at these various locations and you’ll have the challenge completed in no time. You are looking for three seats (or three things you can sit on) in the map.  Between these three seats, you will find a battle star. Two of the seats are somewhat obvious, while the third it would seem is not. The giant toilet on the pole in front of Flush Factory marks one seat. The giant wooden chair in the nameless spot to the north is the second seat. The final seat is in the factory area northeast of Flush Factory. The seat itself is a few crates, wooden pallets and boxes made up to look like a chair, but is not actually one. Here is a map to help you locate the battle star. Eliminate an opponent at (Location Name)

So the stages challenge from last week that based around chests, now bases around getting eliminations. As with last weeks challenge, below will be a map of every chests location for helping you get locked and loaded quicker at each location, assuming you don’t want to use floor loot. Quench your thirst with even more Fortnite Battle Royale content! 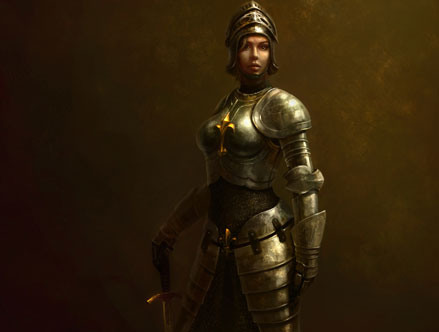