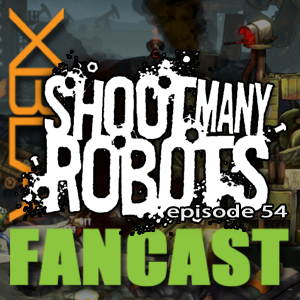 First off, apologies once again for the spotty audio this week, techinical difficulties once again mean we’re stuck with the lesser quality backup.

We mix things up a little this week, after a talking about the latest releases it’s onto Todd Talk, in which Todd tells us his thoughts on leaderboards. Todd then has to leave us but that means Perry can drop his news bombs mostly uninterrupted. We finish as always with twitter topics and discussion of Andrews game of the week. Be sure to try out Mutant Storm Empire for next week and share your thoughts on twitter.

Mine, Windbag, Mine by Darren Korb (Bastion)

DLC/Etc: XBLA Games to get more achievements/gamerscore, Third Xbox won’t be unveiled at E3 or in 2012, James Silva wants a Dishwasher 3,  Trine 2 Expansion teased, No plans for more episodes after Sonic 4 Episode 2, Shenmue for XBLA has been finished for “over a year” Team 17 making Worms related announcement, Obsidian XBLA title on hold