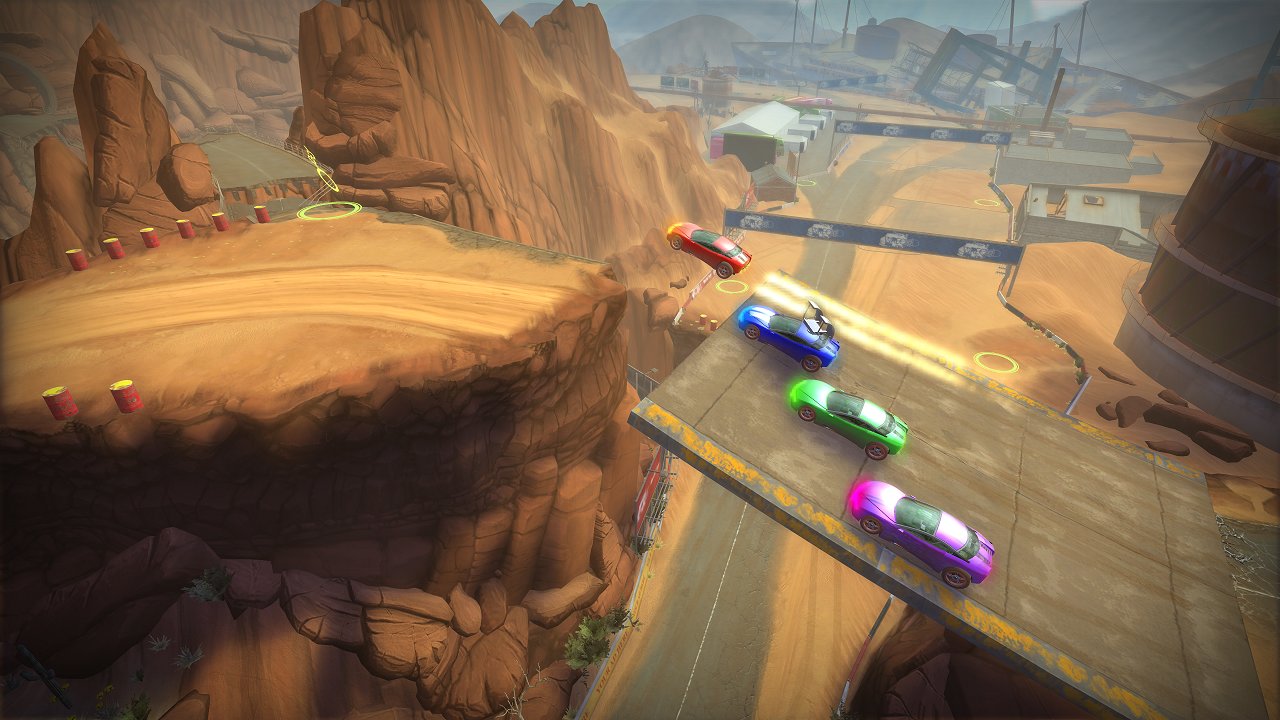 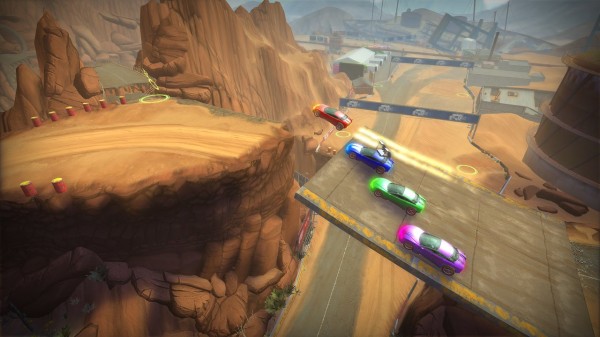 “Just confirming pricing but should be 1200 points/ £11.99 on PS3…and there should be a trial version at launch”

Wrecked boasts online, local and co-op play for up to four players and looks set to follow faithfully in the wake of Supersonic Software’s previous titles Micro Machines v4 and Mashed – to which Wrecked is a spiritual successor.