XBLAFancast Episode 58 – Too Fast, Too Furious 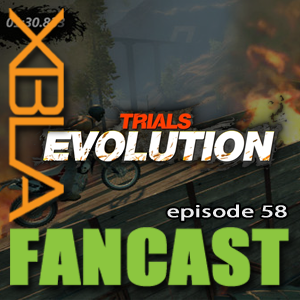 The regular crew of four gets back together for the first time in a few weeks, and as such it’s a bit of a bumper episode. We kick things off with Perry telling us about Bloodforge, he has some mixed feelings about it. Then it’s onto this little game that came out last week, you might have heard about it, Trials Evolution. We briefly talk about Fez again but there’s not too much new to say on that front.

Perry brings all the news as usual, then Todd Talk is more like a question than a discussion. Andrew rounds things out with twitter questions and the remember the days game, this weeks game is Heavy Weapon, you’ve got two weeks to try it out and let use know what you think!