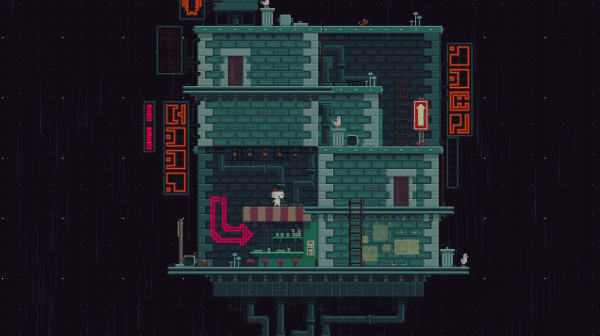 Exalted puzzle/platformer Fez has hurtled into pole position in this week’s Live Activity leaderboards, warding off strong competition from Skullgirls which debuted at number 2. Comments from controversial helmsman Phil Fish have done little to prevent Polytron’s title from raking in top honors having been available on the marketplace for less than a week. Despite positive reviews, The Splatters only narrowly made it into the the top 20, inching in at number 20, while Capcom’s half-game, half-advertisement World Gone Sour managed 17th.

Ubisoft’s I Am Alive and Monolith’s Gotham City Impostors each enjoyed strong weeks with I Am Alive in third and Gotham City Impostors notching fifth place. Stalwarts Castle Crashers, Trials HD, Pinball FX2 and Fruit Ninja Kinect all earned top 10 spots while critically mauled robot-brawler REAL STEEL continues a streak in the top 20 that stretches back to October of last year.

Ranks are based on full versions purchased and no sales data has been made available. However, as a rough barometer there are currently 47,124 players populating the Fez leaderboards. Major Nelson has the full top 20.