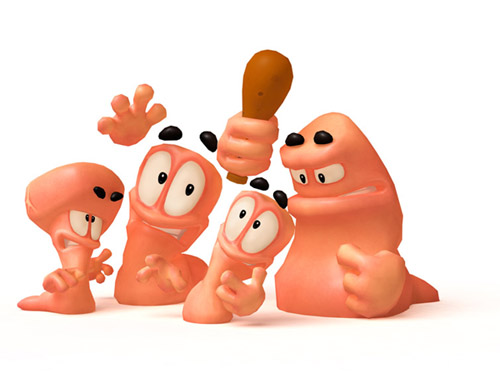 Second Worms Revolution developer diary is all about landscapes

The second developer diary for Worms Revolution moves beyond the series’ history to discuss the improvements made to the battlefields of the newest installment. The game’s new engine not only allows …
END_OF_DOCUMENT_TOKEN_TO_BE_REPLACED

Well. Mostly. There’s no hiding the core MOBA-ness of this game, but the developers at Monolith also want to bring new mechanics to the table and tailor the experience to the console. For instance, you can upgrade your minions and towers, but there’s no shop and there are shrines to fight over which grant buffs. How’s that for new mechanics? END_OF_DOCUMENT_TOKEN_TO_BE_REPLACED

Warner Brothers Interactive Entertainment has partnered with developer Team17 to publish Worms Revolution. This new installment to the Worms franchise will feature the classic turn-based warfare and crazy weapons, but …
END_OF_DOCUMENT_TOKEN_TO_BE_REPLACED