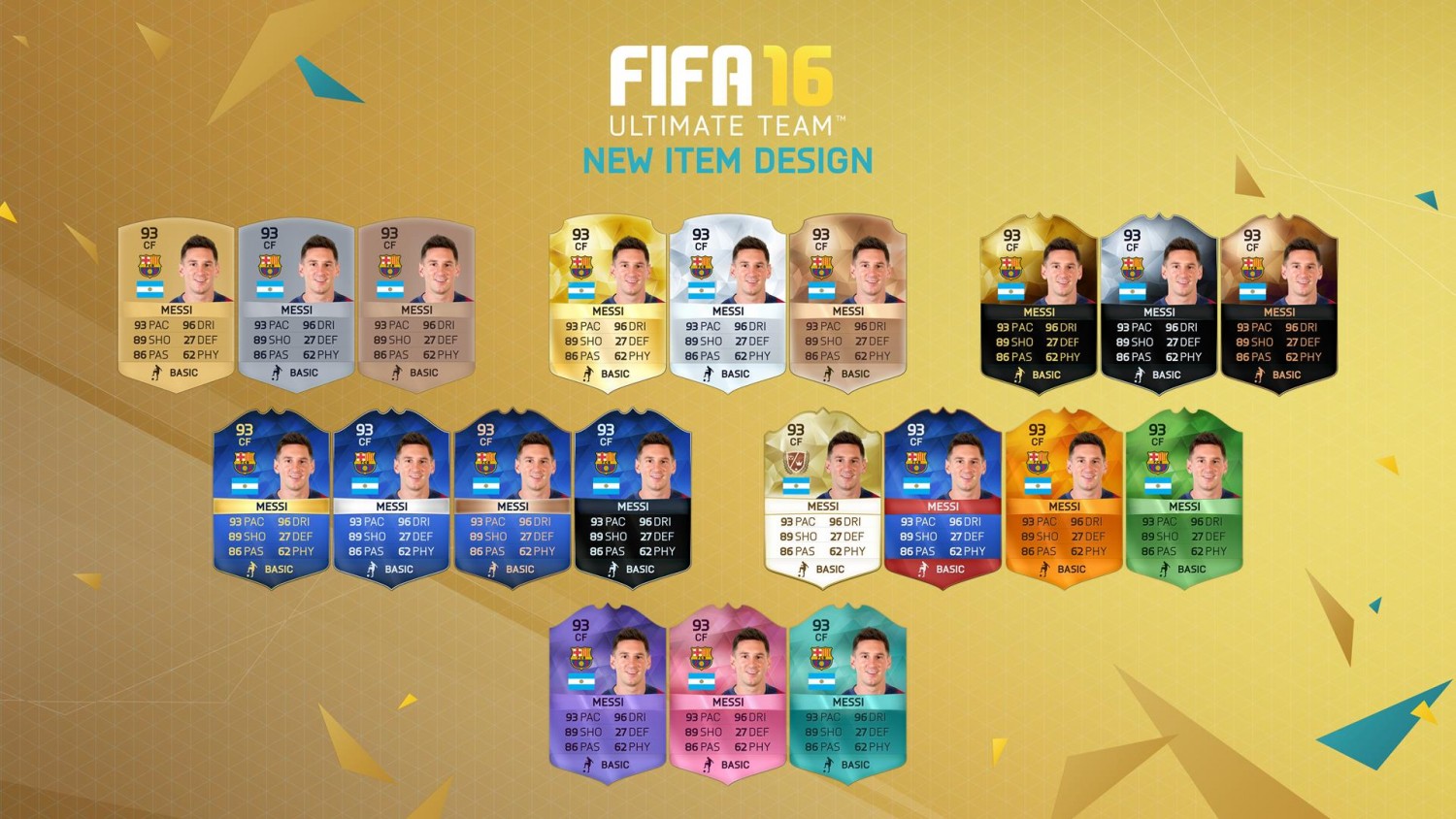 A couple of weeks ago, CBC News broke this story about a teenager from Pembroke, Ontario who racked up a bill somewhere in the region of $8,000 whilst playing FIFA< 16‘s Ultimate Team mode. According to the boy’s outraged father, his son was under the impression that once the game had been paid for, all the in-game content was free.

I’m not the biggest fan of microtransactions in games, and I have a special kind of hatred for supposedly free-to-play mobile games that feel as if they are specifically engineered to trap the young, vulnerable and easily addicted. I also recognise that FIFA 16‘s Ultimate Team mode is a relatively small and very enjoyable feature in a game that is also rich in other, entirely inclusive modes. What I’d really like to explore is the role that in-game purchases play in Xbox One games. Do they really add value, or are they always just money for old rope? 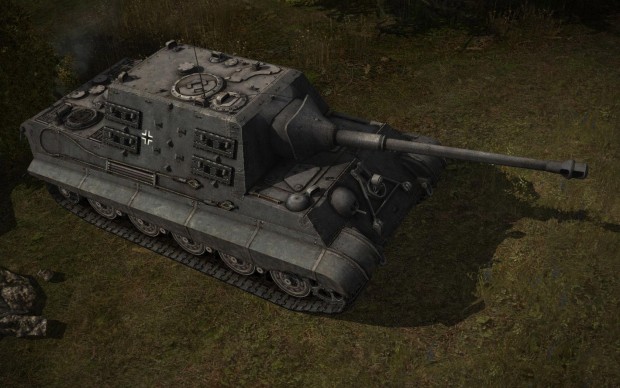 The purpose of this article isn’t really to cast judgement, but before I go on, I should point out that coin packs in FIFA 16 can be bought for values of up to $99 at a time via a simple interface, and when each purchase is made, the game clearly asks the buyer to confirm the transaction. Add to that the fact that the boy in question is 17 and must have entered the credit card details into his Xbox at some time — presumably knowing that he would make a purchase — and we have a clear case for a kid who has simply gone too far and is trying to cover his tracks. I won’t be discussing it any further in this article, but FIFA 16 actually has a strong secondary market for selling the best players for real money, with some stars reaching hundreds of dollars each. This is pure conjecture, but maybe by the time he was down a few thousand dollars, he was just hoping to get on a good run and make the money back?

Microtransactions via Xbox One are capped at $99 at a time, but the vast majority of games limit purchases to a much lower amount. Very few games sell in-game currency (gems, coins, tickets, whatever) for as much as FIFA, but those that do tend to be the likes of World of Tanks and Smite, both of which are excellent games when enjoyed in their most basic (and completely free) incarnation. Transactions in free-to-play games on Xbox One seem to conform to two tiers of pricing. Where World of Tanks and Smite position their microtransactions in the higher bracket of up to $99, the lower tier includes games like Happy Wars and Magic: Duels, with the most costly in-game purchases weighing in at $39.99. 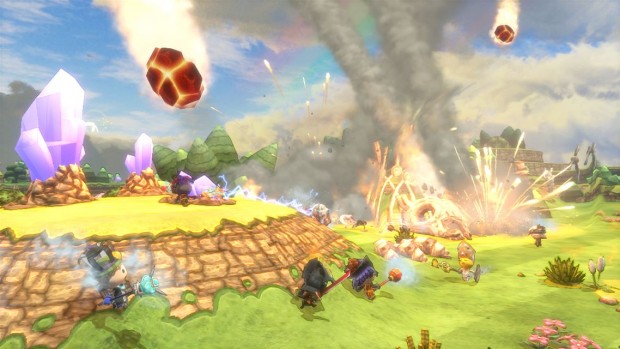 Now, the two most interesting things about in-game currency — there’s something I never thought I would get to write — lead me to the best possible explanation for the Pembroke teenager’s spending spree. Firstly, all such currency can be earned simply by playing the game in question, with completion of specific goals — or just generally winning — resulting in bigger rewards. Secondly, what can be bought with the currency is often limited to randomly generated “packs” of rewards: cards, stickers or the likes. In games like that, you’re rarely guaranteed to get exactly what you want, unless of course you save up for that exclusive Gold Pack with its bonus shiny rare. But even then, wasn’t it Lionel Messi you wanted? Oh well, here’s Troy Deeney instead.

This is the hook with in-game purchases. You can play, succeed, earn and unlock new content without spending a dime. But because of the mechanics in play, your progress will be incredibly slow at best and frustratingly random at worst, so you’ll soon feel as if spending just a few dollars might be a worthwhile investment. And you know what, where a game like FIFA 16 is concerned, considering all of the emotive factors that football brings to the table in terms of local and national clubs, player allegiances and the desire to amass your perfect team, maybe that investment can be justified in moderation. 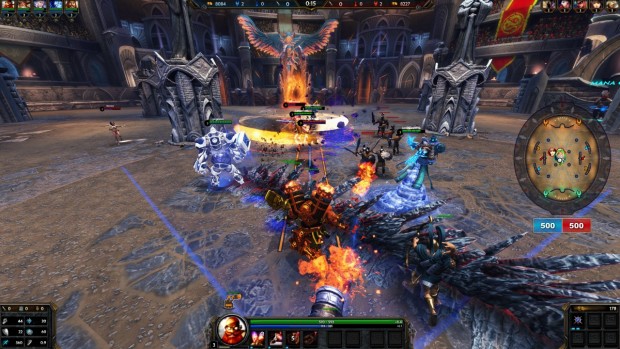 What about the games that seem to offer in-game purchases simply because they can, without any rational explanation? The most relevant example I’ve come across is undoubtedly Rise of the Romb Raider, which features a currency system that allows players to buy packs of cards that influence the score attack modes in a variety of ways. These cards are essentially modifiers that provide a bonus such as extra ammo (or a debuff such as increased enemy damage) each of which comes with a matching decrease or increase in score, depending on the extent of the modification. Surely the fun here is in playing the game with the most crazy, extreme combinations of modifiers applied, and the “cost” is in the fact that scores are affected for players who simply want to use the best buffs to win easily. Who on Earth wants to pay real money to open packs that may or may not contain the cards they want, only to end up with a thousand different-coloured tank tops for Lara?

The value that microtransactions seem to offer does genuinely appear to be limited to the kind of game you enjoy playing, and what you expect to get out of it. Broadly speaking, well-made, perpetually supported and truly free-to-play games like Smite, World of Tanks and Happy Wars justifiably include in-game purchases to ensure that the relatively small number of players who will pay for them ensure the ongoing development and maintenance of the games they love. Meanwhile, the random element of opening packs featuring cards of various quality is part of the basic joy of playing Magic: Duels or FIFA 16‘s Ultimate Team mode, so whilst it’s a price I’m not willing to pay, I do kind of understand why it exists. Finally, though, my opinion of the in-game purchases included in quite a lot of other games is much lower. The inclusion of microtransactions to replace something that has always traditionally been free or simply for the sake of making a few dollars above the profit line makes me feel cynical. 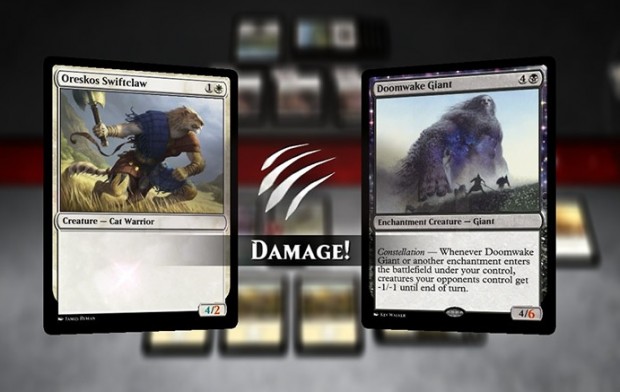 I’ve still never made a single purchase that could be considered a microtransaction. There is no game I need to win at that badly, and there is no content outside of legitimate DLC that I’m not prepared to earn on my own. I can see how the young or impressionable can easily be suckered in by the additive nature of how this content is presented, however, and parents and caretakers should take precautions to ensure that their loved ones simply can’t make these purchases. Another option is to discuss and educate children and dependants about what in-game purchases are. I say this knowing that it can be a major challenge; even parents who grew up playing on Super Nintendos are struggling to adapt to the rate of technology change that we’ve seen since digital delivery of content became the accepted normal.

Whilst prevention is undoubtedly the best remedy for avoiding a repeat of the Pembroke case, it may come as some consolation to worried parents that just like Apple during the peak of the Angry Birds debacle, Microsoft has at least agreed to refund all of the distraught father’s money. It will be interesting to see if Microsoft chooses to respond with further sanctions and policy changes to ensure that this simply cannot happen again. My opinion? I look back fondly on the days when buying a game meant that everything you needed was in the box, but times change, and if a game can justify the inclusion of in-game purchases without spoiling the core experience, then I’m all for it. I’ll even go on record to say that since its inclusion in FIFA 09, Ultimate Team has been my go-to way of playing FIFA games, which I love. Even so, I’ve never spent a penny on a microtransaction.