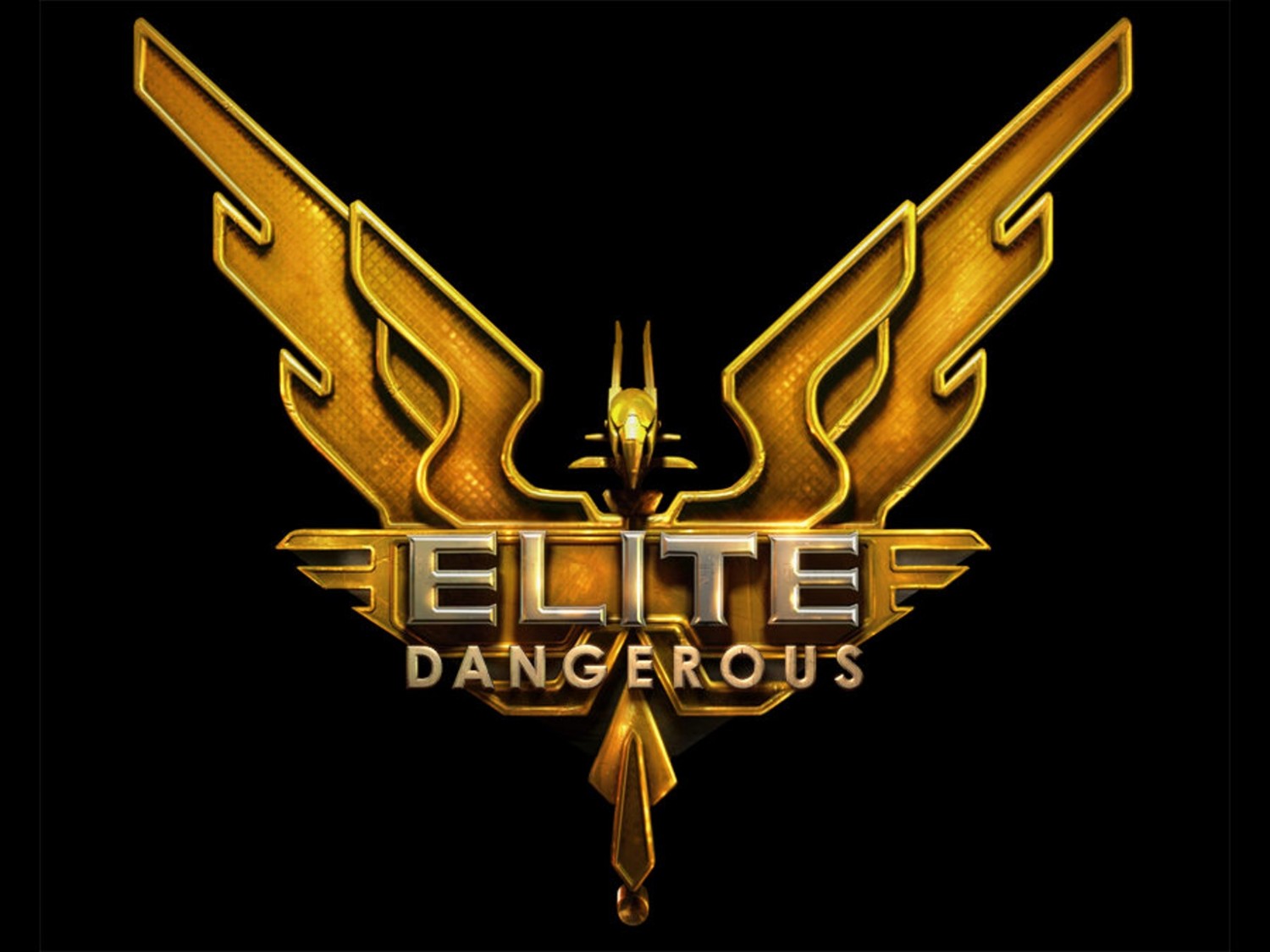 Elite: Dangerous is the second game to benefit from Microsoft’s Game Preview programme that we’ve been able to get our hands on, following up on the promising solo-survival adventure The Long Dark. Elite is a very different kind of game than The Long Dark, but in the darkest corners of the galaxy, it’s still entirely possible to find yourself alone and just as vulnerable.

One of the highlights of my time playing Elite came about the very last time I booted up the game. After many trade runs and bounty hunts, I’d scraped together enough cash to purchase a Cobra, a decent, multipurpose ship capable of being outfitted to carry a good range of medium weaponry. I wanted to test it in a real fight, ideally against a larger ship worth a big bounty. Elite‘s consistent, first-person viewpoint does an excellent job of maintaining the suspension of disbelief, and as my new ship rotated around the hangar bay and moved onto the automated lift to leave the spaceport I had bought it from, I examined the many menus that pop up around the cockpit. Just a few hours before, these menus were completely baffling to me, but with perseverance and guidance from other players, it was possible to distil them into the essential and the periphery. 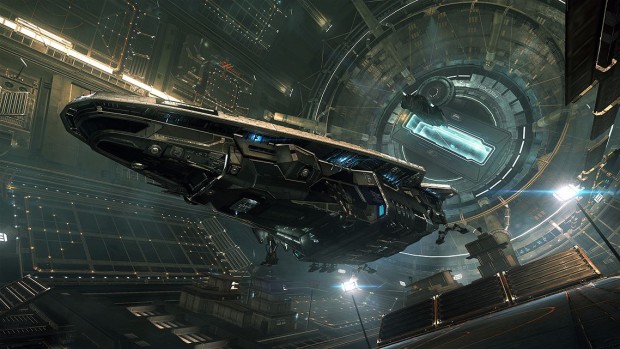 That’s good news, because as my ride emerged onto docking bay 19, I took a moment to familiarise myself with Elite‘s most challenging proposition — the controls. Each face button and both bumpers have three to four uses when held down in conjunction with a press of the D-Pad. The game includes a handy reminder of each of these when the button is pressed and held, and like the many menus in Elite, I quickly learned which functions were essential and which were less likely to be needed. I throttled up, directed my ship toward the hangar bay door and accelerated hard towards the tiny opening – picking up a speeding fine in the process. 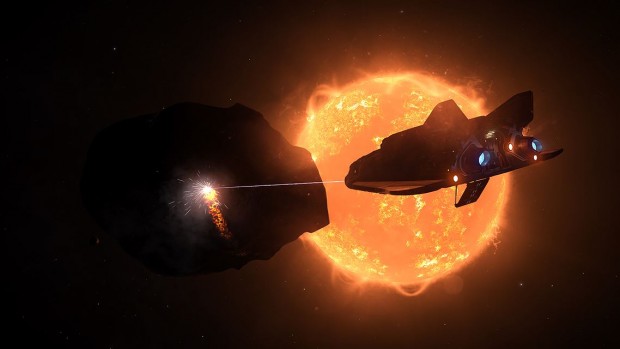 As I moved clear of the station and out of the no-fire zone, I checked the System Map for an idea of where to find a big prize. Each system features a Nav Beacon, and the game’s AI pilots (including those with a bounty on their heads) seem to congregate there, so I set a waypoint for the closest one and prepared for to use my Frameshift Drive (AKA hyperspace), which is a function that even after hours of play, I can’t get to grips with. This faster-than-light travel is meant to move players from one system to the next with ease, but it’s far too easy to overshoot your intended target, and I didn’t find the information provided by the interface to be intuitive enough for me to consistently arrive at my destination in a timely manner. Most other players I’ve spoken to agree that this is my fault and not the game’s. In any case, I eventually pulled my Cobra up at its intended destination and began to scan ships for bounties. 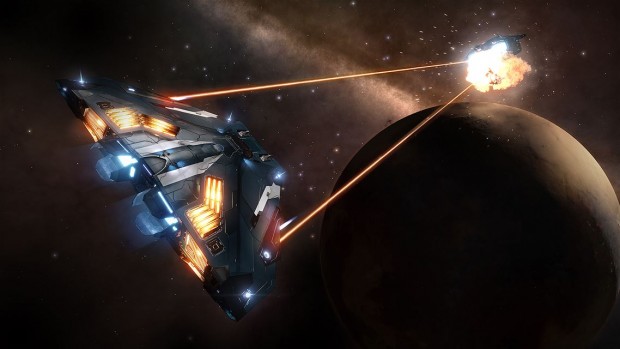 What I found was an Anaconda. A suitable target, but one which I knew would be a challenge to take down. Nonetheless, I had equipped my Cobra with a strong loadout, improved shields and the best power core I could afford, so I opened fire. The battle lasted for what seemed like an hour, as I manipulated my ship’s systems (between weapons, systems and engines) to balance staying behind the huge foe, protecting myself and dishing out damage when appropriate. His shields failed many times, as did mine when he was able to get a good line on me, but finally I was able to deal sufficient hull damage for the huge ship to explode in a shower of pixel effects. This is Elite: Dangerous at its very best. Once you know what you’re doing, the huge expanse of the game world conspires to work in the right way, so you don’t have to wait for hours to find anything to do or to endlessly shuttle computer components between two dull colonies. 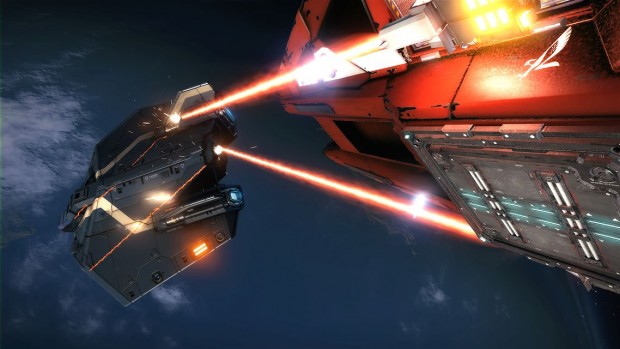 Unfortunately, Elite doesn’t always work that way, especially when you first begin playing. The controls represent a huge learning curve, and because of the sheer number of inputs and how rarely some of them are needed, they take a long time to become intuitive. The game also suffers from its own scale a lot of the time, and more often than not when searching for the perfect bounty, you’ll have the opposite experience to the one I described above — floating around doing nothing is quite a common experience. Another issue is that some of the economy and game structure can make for a weird experience. You may spend hours grinding out 10 or 20 trade route runs (which is an ordeal in itself as landing and taking off safely is tricky to begin with) and make very little money, or you may happen upon a battle, score one glancing blow on a huge fighter and receive a share of the bounty that’s worth more than all of those runs combined. The game is also a little buggy at the moment, and I’ve experienced a few crashes, but these things are to be expected from an incomplete game.

Elite: Dangerous is looking very promising indeed, and I’m very excited for the full release. When it works well, it is far and away the most comprehensive space simulator yet to grace any console, but players will need to be patient until development is complete and any final balance tweaks are made. 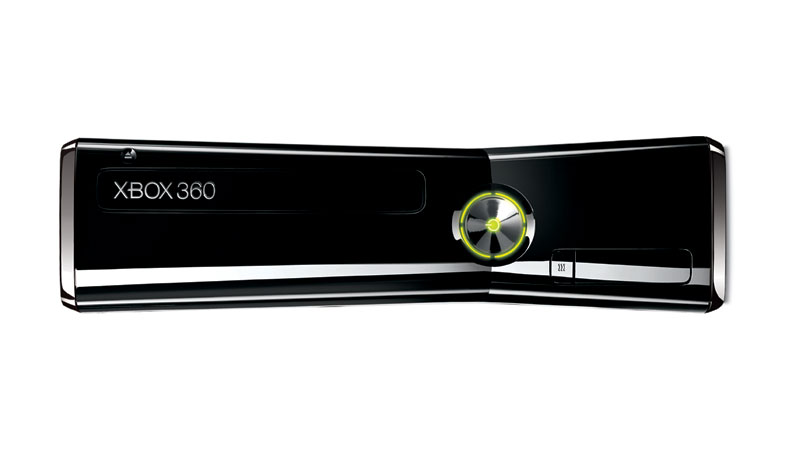