It’s set to be a very busy June for the indie scene on Xbox One. June 3 we have Among the Sleep releasing on the console. The first-person horror puts …
END_OF_DOCUMENT_TOKEN_TO_BE_REPLACED

It’s been a busy few weeks for Xbox One indie games with a bunch of new releases hitting the store. Here’s a quick look back at some of the titles …
END_OF_DOCUMENT_TOKEN_TO_BE_REPLACED 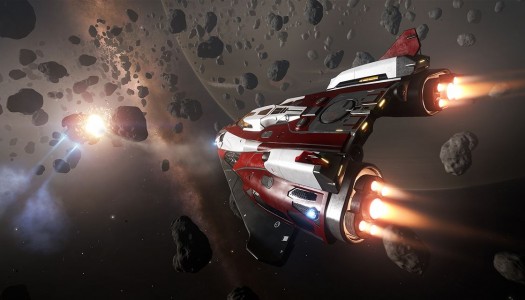 Elite Dangerous released on Xbox One on October 6th. Join Zero of the XBLA Fans Stream Team as he gives a quick overview of the basics of the game. There …
END_OF_DOCUMENT_TOKEN_TO_BE_REPLACED Elite: Dangerous is the second game to benefit from Microsoft’s Game Preview programme that we’ve been able to get our hands on, following up on the promising solo-survival adventure The Long Dark. END_OF_DOCUMENT_TOKEN_TO_BE_REPLACED Elite: Dangerous available now on Xbox One as part of the Game Preview Program For those that are unaware, the Game Preview Program is a newly implemented feature by Microsoft similar to Steam’s Early Access system where players can actively purchase, play and participate in a game while it’s currently under development.

Elite: Dangerous is a massively-multiplayer online space adventure bringing open world exploration of the Milky Way at full galactic proportions. As the third sequel in the series and the first to reach Xbox One, this game includes an evolving player-driven narrative and a connected multiplayer experience. Players start off in a small starship and some credits and gradually build up skill, knowledge and wealth to eventually reach the rank of an iconic Elite.

Elite: Dangerous is currently available in 1080p for $30.99, £24.99, or €30.99 based on regional equivalent as part of the Game Preview Program and contains achievement, Xbox party and friend list support.

In July, the Close Quarters Championship content arrives first on Xbox One to those that are in the preview. The CQC content provides an intense player vs. player environment with custom-built arenas to fight for supremacy.

See Elite: Dangerous in action below.