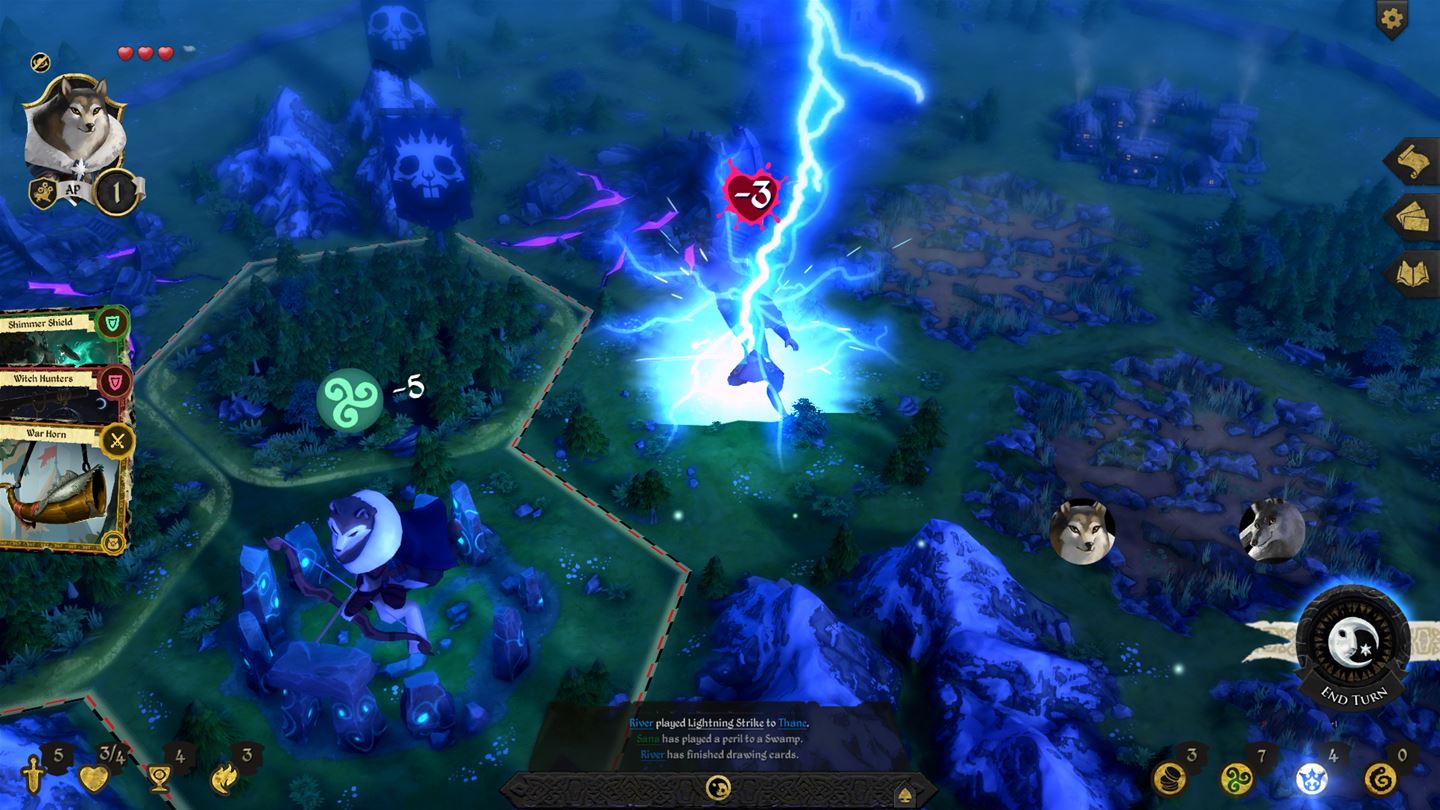 Board games are having something of a renaissance of late, and I, for one, am delighted by that. Long before I first picked up a control pad, board games like Heroquest and Space Crusade had captured my imagination. I whiled away many an hour hunting down plastic ghouls, beasts and alien creatures with friends. I owe much of my later fascination for video games to that early love of pushing heroes around a cardboard dungeon. I have a strong suspicion that renewed popular interest in board games is closely linked to the success of video games and a desire to return to a more personal, yet equally competitive gaming experience.

Armello has been made specifically to offer exactly that kind of experience, except that curiously, it features no local multiplayer. What it does offer is an easy to learn board game experience that has enough variety from one game to another to remain amusing, while also allowing for suitably deep, strategic play for those who want to access it. As with all board games, luck plays a part as well, however, I haven’t had a game of Armello yet that felt oppressively biased towards bad dice rolls or poor card draws. 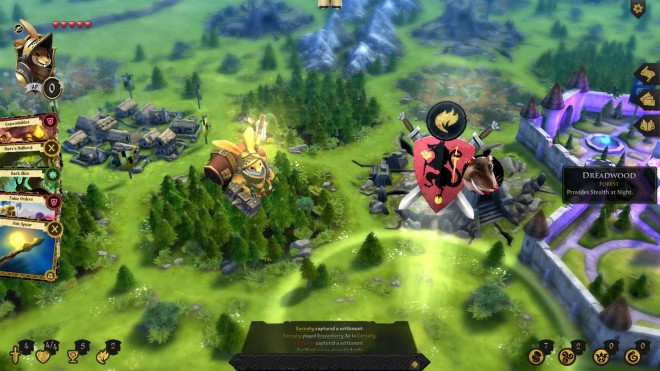 Unboxing – Thinking of Armello as a board game. I have to say that I am more than satisfied by what is in the box. This is a great looking game that is beautifully animated and features appealing and characterful animals as its main protagonists. After a few games sinking in, the minimalist yet informative HUD provides all the data you’ll ever need. Navigating the game board becomes second nature. Because Armello is designed to be a digital board game, much of what it has to offer is available from the outset, however, it is refreshing to see that the creators have included unlockable features that influence the game in useful, but never overpowered ways.

Solid play – Board games already occupy a niche market with a well informed and demanding customer base. Thankfully, Armello is a very good board game that is built on simple, solid mechanics. Players move around a smallish board covered in hexes and centered by a palace that houses a King. The King is corrupted by rot, and it is up to the four players to overthrow him and claim the throne for themselves, through one of four diverse victory conditions. Achieving any of these conditions takes some effort though, and players are likely to fight other heroes, cast spells, undertake quests and collect items in order to be successful. Entire games last some 8-12 turns which is about an hour.

Online play – Armello features a decent offline play mode, with focused, aggressive artificial intelligence and an informative tutorial mode. With that said, undoubtedly the best way to play is online against real opponents that can offer the tactical and strategic nuances that an AI can never master. It’s easy to find a game, and the relaxed gameplay that Armello (and board games in general) offer seems to ensure a pleasant and friendly experience, at least as far as I found. Seasoned players seem keen to provide wisdom and coach inexperienced players, which makes for a welcome change of pace in comparison to the average shooter. 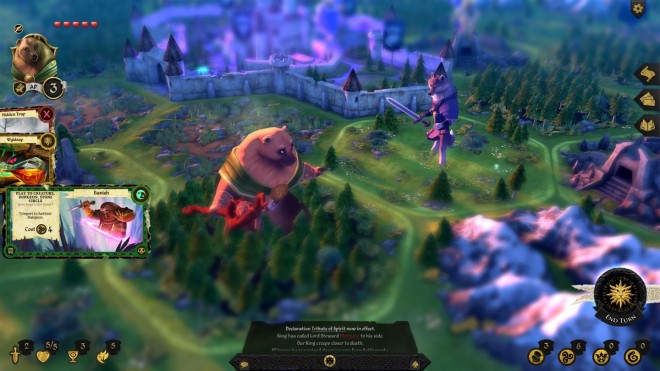 No local multiplayer – Having championed the idea that board games are best experienced with friends, I could hardly fail to mention that Armello is completely lacking in local multiplayer options. The reason for that is very likely related to the fact that the game features a range of cards and strategic elements that would be compromised by players sharing a screen. However, considering that all players would share the same disadvantage, a local multiplayer mode could have been included with a few minor tweaks.

Digital board games are not for everyone – Although I love board games, I appreciate that not everyone else does. Armello makes an excellent job of presenting a board game in digital form, and in comparison to most paper games, it is fairly simple. Even so, it is more complex than the typical “gateway games” that are used to entice casual players into the world of table top gaming. If you’ve already decided that board games are not your bag, then Armello is unlikely to change your mind. 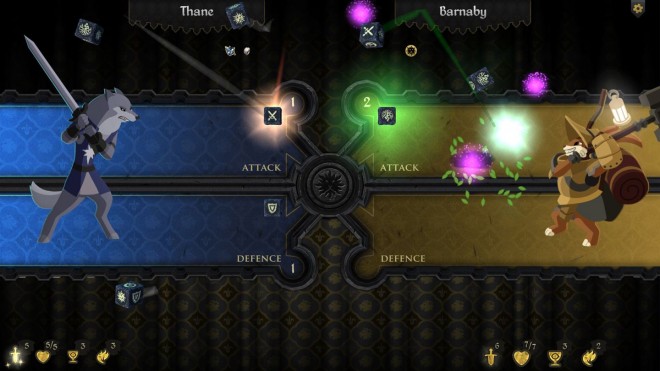 Armello is an excellent digital board game for anyone who struggles to get friends around the table for paper board games. It’s a real shame that there is no local multiplayer mode included, but the single player is very satisfactory, and the online multiplayer excellent, assuming the standard of players remains as high as it was at the time of writing this review. In addition to experienced board gamers, Armello would really suit people who have an interest in table top games and would like to learn more about how medium complexity games play without the pressure of having to set up the board themselves. For those who have decided that board games are absolutely not for them, alas, this is not a game that will change their mind.

Armello was developed and published for Xbox One by League of Geeks. It was released August 30, 2016 for $19.99. A copy was provided for review purposes.

Read More
Friday Top Five: Top 5 board games that should be on XBLA
Top