XBLAFancast Episode 78 – PAX of the Ninja 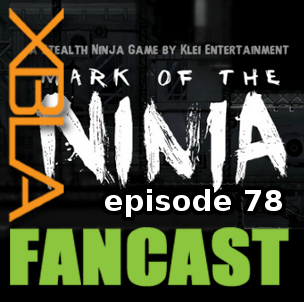 Perry and Andrew return this week, and bring a whole lot of PAX games to talk about. Before we hit those though we hit the games from the past couple of weeks. Perry brings us what little news there is and then Andrew rounds it out with the triumphant return of Crews Community Corner.