Today we’re showcasing seven amazing trials tracks and one wild skill game. To download these tracks by entering Track Central, selecting Get Tracks, then pressing X to search. Enter the gamertag below to find the track. Be aware that the search is case sensitive. A big thanks to the Trials Evolution community for the borrowed videos. Hit the jump to see this week’s picks.

Now this is cool. Assembly Line is full of moving parts, twists and turns. It’s not overly difficult, but it’s definitely entertaining.

Merry-Go-Wild is qbicfeet’s take on the classic Trials HD skill game In Flames. It’s a bit like last week’s The Dark Tower–the riding line constantly moves in a circle until and the end goal is to make it to the top.

We featured a snowy track at the beginning of the month, and we’re pleased to feature another. This one is a bit tougher of a ride, but it’s short, too. Even the uninitiated won’t have time to get into a controller throwing rage.

If Extreme difficulty isn’t enough for you do a quick search for ninja tracks. These are community tracks that ramp up what the word extreme means. Rest assured these kind of tracks aren’t for everyone, but those who need a real challenge will find ninja tracks are up their sleeve.

Incidentally post a reply if you finish this course with your time and faults. We weren’t able to.

Like an ODST, you’ll be making a jump from outer space. Your target is a car on the ground. Fall with style, eliminate the target.

You gotta love tracks like this–just vanilla trials, no crazy themes or extras. As much as we all love those it’s nice to just sit back and run through a track that tests a player’s skill.

Ever see that film 2012 where the cast is trying to escape the collapsing earth in a limo? Yeah, it’s kinda like that, but with a bike. 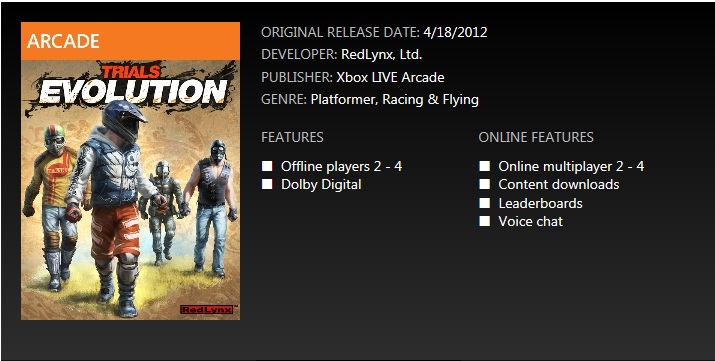