One does not simply ride into Mordor. . .

Now this is more like the classic 80’s game Jupiter Lander. You have to navigate EEDI through the factory without touching anything. It’s all about precision and twitch controls, and we love it.

There just aren’t enough Supercross tracks. And, being brutally honest here, most of the talented creators stick to Trials or Skill Game creations. So whenever we see a quality Supercross track we pass it along, be it difficult or not. Entropy 2 may be for more skilled players (at least if you want to win), but it’s still a quality addition to anyone’s playlist.

Here’s yet another reason we love RedLynx. They participate in the community. Air it Out’s creator, Cannibal Shogun, is the same person that brought you the track editor tutorial series, and a member of the RedLynx team. While it’s not our favorite of RedLynx team Supercross entries, it’s still a solid track.

. . . And one more Supercross track, because we know you love em’. Urskog isn’t themed, but it is quite the technical course. You can easily get through it, but getting through with 0 faults and a lot of speed requires finesse.

Clever. That’s how we’d describe this track. It really does look and act like you’re riding inside the old Donkey Kong game. And for the adventurous there are actually two different endings to the track. See if you can find the second. Our only complaint? That we didn’t have a hammer attached to the front of the bike. We would have loved to smash those barrels.

And for the player that doesn’t like to throw their controller in a fit of rage we bring you Tricky Commute. For all the tracks we’ve tried, this one smells the most like a RedLynx employee in disguise. We’re guessing Chops037 doesn’t work for them, but he should. He has their same creative style.

There are still those that mourn the delisting of Marble Blast Ultra from Xbox LIVE. For those poor souls we offer SPHERE. It’s one of many marble skill games out there, and truly one of the better ones. Those with an itch for new marble puzzles might just pick Trials Evo up for all of the great marble creations.

Come on, now. This is cool. It’s amazing what the community can do with this game. Sure, driving what’s essentially a big 6WD ATV isn’t tough, but it’s impressive and a lot of fun. 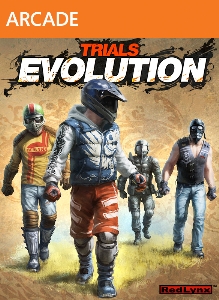