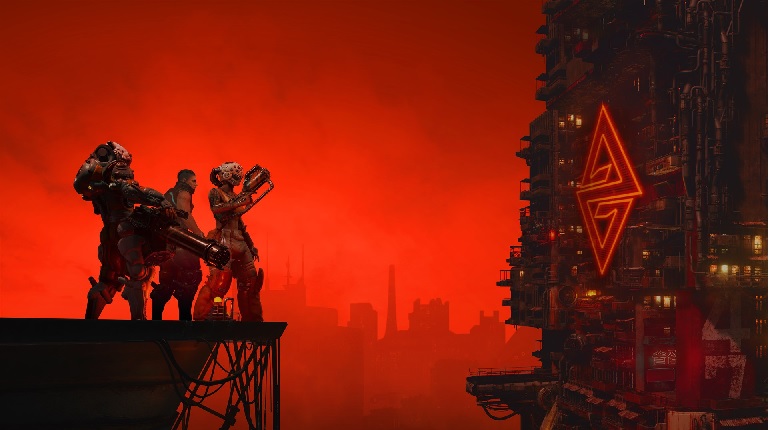 Set in a cyberpunk atmosphere, a corporation known as The Ascent Group owns and enslaves people around the galaxy. The metropolis is set high in the sky, so there’s no escape. Suddenly this corporation collapses and you’re free to go. Create a character in The Ascent to explore the now unpredictable landscape, as violence is unavoidable. Complete quests and discover new loot to gain a deadly arsenal, allowing you to battle an onslaught of ruthless enemies. Your fights are done by using guns in a third-person perspective, much like a twin-stick shooting experience. As you level up you will be able to distribute points into various categories to give you an edge in firefights. You don’t have to play solo as there is a cooperative mode allowing you to journey with a friend. Your main goal is to keep your district safe, figure out who’s behind it all, and destroy anyone in your path.

Violence in Neon — If there’s one thing to really appreciate, it’s the beautiful coloring and special effects found throughout your journey. If you’ve played other shooters that utilize analog sticks, you’ll see a nice upgrade to the usual genre’s graphics. There are bright yet deep colors, with dazzling displays of effects from weapons to explosions. My favorite area is the nightclub, filled with NPCs just having a good time, drinking, and dancing. The color pallet is displayed in almost a boastful manner like it’s showing off what it’s capable of. Somehow the city also looks vast, with areas that look like you can explore but are too far off. They’re really detailed. Fighting enemies is also a beautiful display, with loud guns and tons of action looking great without stutter or lag. It’s a really neat-looking game, and neon is the perfect look for the city. Also, who doesn’t like cyberpunk?

Skills and Thrills — What really makes an RPG special is the customization of your character. You get to choose where you place your attribute points, what guns you upgrade, and what skills you are able to use while in battle. Luckily these are not permanent, and you can go get surgery at a shop to play around with the different skills. And if you dump all your points into grenades but then realize that was a bad idea, you can reset what you’ve spent… for a hefty amount of money. This relieves the stress of creating a bad character and having to restart a new game. There are different types of damage you can dish out and receive, so choosing the proper weapons and skills will help you win tough battles. It’s awesome that you’re not stuck being one class, and can transform your character into whatever you want when you decide to take a different approach.

In Your Face Interface — For a brief moment in my life, I wanted to get into game development. I spent twenty grand in a year to get me nowhere. But out of all the different types of work, I was most interested in creating the user interface. I love the design of The Ascent’s interface. The color scheme, the sharp bold lines; pretty much everything about it is top-notch. Going into the menu system was never difficult to maneuver. I could check my stats, look at my gear, and change my weapons with ease. It may be odd for this to be something I really liked out of all things, but you will spend a lot of your time navigating the menu system. Maybe more than actually fighting enemies!

Hitchhiker’s Guide to the Galaxy — There’s quite a lot of area to cover, traveling around the city and beyond. There is a nice map and a few different ways to fast travel. You can take a subway for free — but it only services a handful of areas. Another way to travel is by calling a taxi. This allows you to call it wherever you are but comes with a hefty price of 1,000 credits. While later in the game it doesn’t hurt as bad to spend the credits, in the beginning you want to save every last credit you have in order to buy new stuff. It doesn’t matter how far you are, it’s always the same price (which makes no sense). You can simply walk, and there’s a cool feature that lets you follow a lit path, but I found it to be wrong a lot of times, leading me to areas I couldn’t traverse like a broken bridge. It’s cool there are several altitudes (floors) to certain areas, but it becomes difficult to navigate when there is one staircase or elevator somewhere and you don’t know exactly where it is. This led to me skipping a few side quests because I couldn’t locate the way down. So while there are a lot of ways to get around, they can be a little bit annoying.

Pew Pew — It was earlier mentioned how you can choose what skills you want on the fly, and the same is almost true for weapons. You have an assortment of choices, including long-range, pistols, rifles, mini-guns, rocket launchers, and shotguns. The big letdown is that a lot of the guns feel the same. I had focused on upgrading two weapons, both assault rifles but with different damage. The issue I had is how limited you are with the resources to upgrade these weapons. The missions I was going on were sometimes extremely difficult. I couldn’t just “try a different weapon” because not all of them were leveled enough to make any impact. So even at almost max level, I was really just stuck using one main gun and another I only saw useful against robots. The hardest missions are when you have groups of enemies attacking while you wait for a hack to complete. It’s almost like you have to get lucky. I would try several times, ducking behind an obstacle in the corner of the map shooting, and praying. While this worked most of the time, the last one I did was unforgiving. I did so many of the other missions yet only had the one gun almost maxed out. If I wanted to try another weapon, I would have to spend countless hours tracking more resources down or utilizing guides to figure out where some were. And yet, I would still be stuck if I upgraded the wrong weapon. The balance of feeling overpowered and overwhelmed was not something I liked being on a see-saw with.

Shooter Not Looter — One thing that I love about gear is when it changes your character’s appearance. As you level up, your equipment should look cooler and more imposing. But I didn’t feel this way. Everything looks like junk you found in a garbage bin. It’s also extremely confusing what would be “better” than what you’re wearing, besides saying advanced. I get that it helps you against specific types of damage, but I honestly never knew what kind I was taking. I just know I always died mostly to gunfire, but not if it was digital damage or any of the other types. This made things stale. I was never impressed with anything I bought. As far as finding items in chests, I was also disappointed. I had to pass up several because I couldn’t hack them. Once I leveled up my hacking, I forgot where they were or couldn’t be bothered to use the horrific map that won’t let you add a customized pin to lead you in the right direction. The chests you find almost never seemed worth seeking, usually giving you stuff that wouldn’t make or break your next mission success rate. Looting the world seemed almost an afterthought. I want to feel like I have earned something awesome, not just find things I can simply purchase at the store. The bounty system makes you feel underappreciated. While, at first, exciting, they soon become something you skip when you see an enemy with a name above their heads. Why, might you ask? The reason is that you get 1,000 credits no matter what bounty you bring in. This means a level 5 enemy will give you the same award as a level 19. So you’re telling me every single wanted criminal has the same reward, no matter their difficulty or crime done? I don’t buy it! And I can’t afford it anyway because I had to take a cab to the city which also cost 1,000 credits, which means I broke even and left with no earnings!

I very much enjoyed this game, and I think the hard work put into it shows. It is outstanding, beautiful, and almost addicting. There’s always a but. While I applaud the overall design and mechanics, I found a few things to really dampen the excitement. As I wrote about it, more and more stuck out as bad things. Realizing bounties were the same cost as a taxi for example. No matter what bounty, no matter how far the taxi had to go, always the same cost. These don’t define or even make the game bad, but it makes you wonder why that’s how it works. Of course, that was just an example. There are plenty of things I wish were different. The loot system, the map, the small text, gear being underwhelming, the damage types being confusing, lack of bosses, and lots and lots of running in the wrong direction while following the trail. That’s a lot of major stuff. Yet it’s still an awesome game, but unfortunately the bad is always louder than the good. While I think of these as negative, others may like it and disagree entirely. I believe it is indeed a pleasure to play but I also wish certain things were different.

The Ascent was published by Curve Digital and developed by Neon Giant on Xbox One. It was released on July 29, 2021, for $29.99. A copy was provided for review purposes. 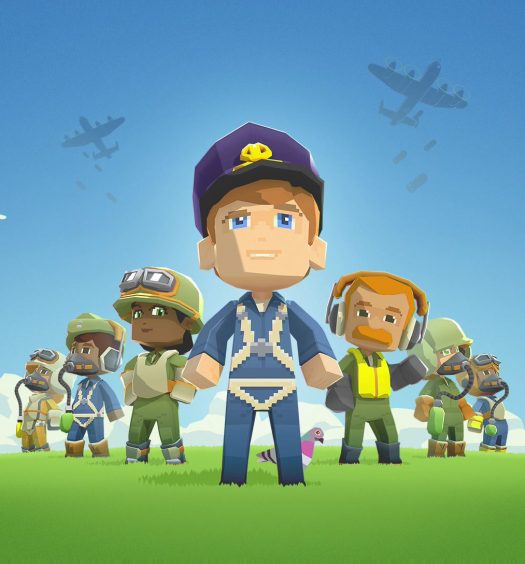 3 years ago
ReviewsFeatured ReviewsXbox One Reviews