Holy succulent Sunday Batman, we have a ton of news. Scary games, updates, new releases and rereleases. So jump right into this week’s SundayRoundup; enjoy.

Aaero
Being developed by Mad Fellows, a two-man “micro” studio comes this space shooter, a twist on the music-rhythm genre, where every stage is developed around the music track.

Ark: Survival Evolved
Patch #253 is here and brings along with it new underwater locations and five new denizens to use.

Call of Cthulhu
An investigative stealth thriller where you must solve a mysterious death that has just happened in Darkwater Island, Boston.

Candle Man
After being exclusively announced for Xbox One just a few weeks ago, this unique puzzle-platformer has an official release date and price: February 1, 2017 for $14.99.

Cities: Skylines (source: VG 24/7)
After being teased in a quick ID@Xbox trailer back in 2015, Microsoft has finally confirmed they will be showing this city-sim off this year at GDC which is roughly a month away.

Conan: Exiles
We get a new trailer showing off some of the “god-like” powers you can learn and use.

The Culling
You play as one of 16 contestants on an island who has 20 minutes to explore and make whatever items you need to survive and kill the other 15 players.

Gigantic
This week we see another new character introduced, Pakko, but for the first time, we see a major update as well. In this update come new skins, game modes, player updates: fixing bugs and rebalancing characters and many, many more changes, you can read the full update pot on their blog here.

Kitty Powers’ Matchmaker
In this LGBTQ+ friendly game, you must build your very own successful dating agency and help your clients on their way to a successful relationship.

Path of Exile
This free-to-play ARPG has been out for three years on PC and is now making its way to Xbox One bringing along all 5 of its existing expansion packs.

Shoppe Keep
In April you can take the role of a shop owner, pick and buy your inventory, design the layout, sell your product and even defend it, in this business sim.

The Town of Light
A psychological horror puzzler where you play as Renee, a 16-year-old girl with mental illness who is exploring her memories by roaming through the asylum she has spent most of her life.

Ultimate Marvel Vs. Capcom 3
This new release of the beloved franchise brings 50 characters, full 1080p at 60fps and introducing two new modes: spectator mode and Heroes and Heralds a new team based mode. You can pick this up from the Xbox store on March 7, 2017 for $24.99.

Uncanny Valley
A survival horror game where you play as a security guard named Tom, who has uncovered horrible secrets at his job hits consoles on February 10, 2017 for $12.99.

Warframe
The Glast Gambit, the newest console update, is here bringing a new quest, weapons, mods, customization and a Nidus, the newest Warframe.

Werewolf: The Apocalypse
Based in White Wolfs “World of Darkness” a tabletop RPG universe, you play as a Garou, a werewolf warrior who is against urban development and the corruption of the supernatural. Not much else is know about this other than it is being made in partnership by Cyanide Studios and Focus Home Entertainment and is due out this year. 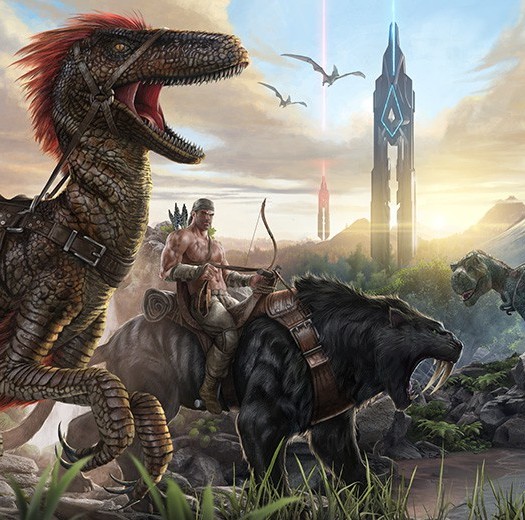 ARK: Survival Evolved to get achievements in next patch

Read More
ARK: Survival Evolved to get achievements in next patch