The rhythm and music genre may not be the juggernaut it used to be, but a new era of games requiring you to keep the beat is here. Riding the new music wave, Seaven Studio has graced our ears with Inside My Radio, in which you take control of a wandering spirit who is sucked into a dying stereo to save the beat.

Electro and EDM fill the LED world of Inside My Radio, and jumps, attacks and other actions must be performed perfectly to their beats or you will fail to advance. It is essential to keep your cool and vibe out to the rhythm. Saving the music can be enjoyable, but if you can’t learn to play to the beat you’ll be in for a frustrating experience inside this radio. 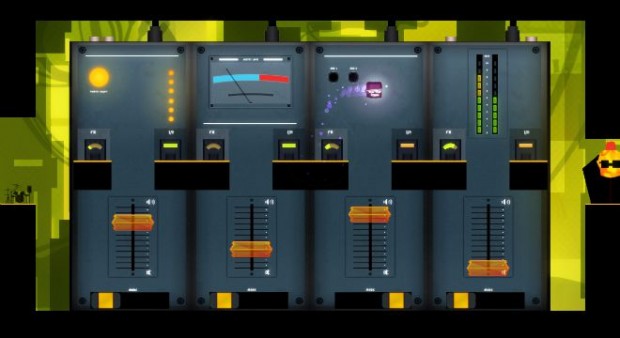 The jams — What do you call a rhythm game that doesn’t deliver on the music? Probably a disaster, but that is not the case here. While the core of all the music is EDM, Inside My Radio switches things up by throwing a little rock, grunge and reggae into the mix. Every new section of the game has a subgenre of music to keep things from going stale.

Learning the beat — Gamers have become accustomed to speeding our way through obstacles, but Inside My Radio requires a little more finesse. Since all actions must be done on beat, it’s simple to mistime a jump or attack and die repeatedly. There is a slight learning curve, but that’s what makes it worth playing. You simply cannot press buttons at random or offbeat. There will be times where you’ll have to ignore your instincts to strike an enemy when you see them or jump as fast as you can on a series of disappearing platforms. Instead you’ll have to slow down and learn the beat to effectively progress because being too hasty will lead to certain defeat.

A decent story — Music games usually have little or no story that has any bearing on the game itself. The tale of the spirit abducted to save a dying boombox won’t win any best story awards, but it’s unique, and it works. You’re given purpose and a legitimate reason why everything you do is done to the beat of music. There are also three vastly different heroes with their own storylines and personalities. It’s admirable to see a solid story in a game where there was no need for one.

Boss beat-downs — You’ll have a few boss battles before the journey is over, and that’s where everything skips a beat. After mastering beat-based platforming, the difficulty of fighting giant creatures in a finite area is irritating. Since there is no game over, and you infinitely respawn, every time you’re hit the boss receives part of its life bar back. This forces you to do a nearly flawless run every time you have a battle. Furthermore, the final boss battle throws the game’s core gameplay component — keeping the beat — out the window and instead requires you to dodge a series of attacks without dying.

Random events — Throughout the game there are quick time events and puzzles that completely throw off some levels’ flow. They aren’t hard, but they cause unexplained deaths without communicating that you are in a scripted set piece. They feel more like a mistake than a conscious design choice for changing up the gameplay. 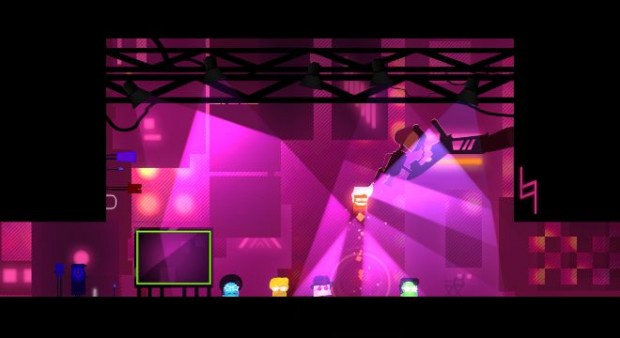 Inside My Radio accomplishes its goal of being a rhythm-based platformer. Once you’re over the learning curve it’s a worthy challenge that borders on highly frustrating at times. There are quite a few scratches on this track that cause breaks in the music, but when it’s all said and done, it’s a nice tune. 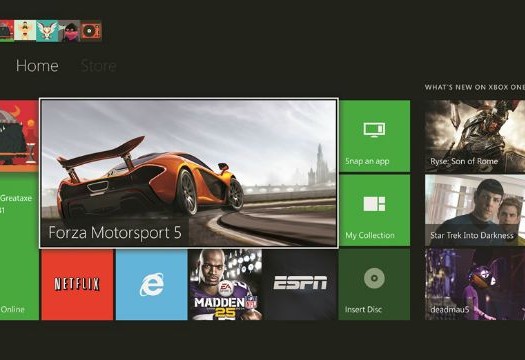