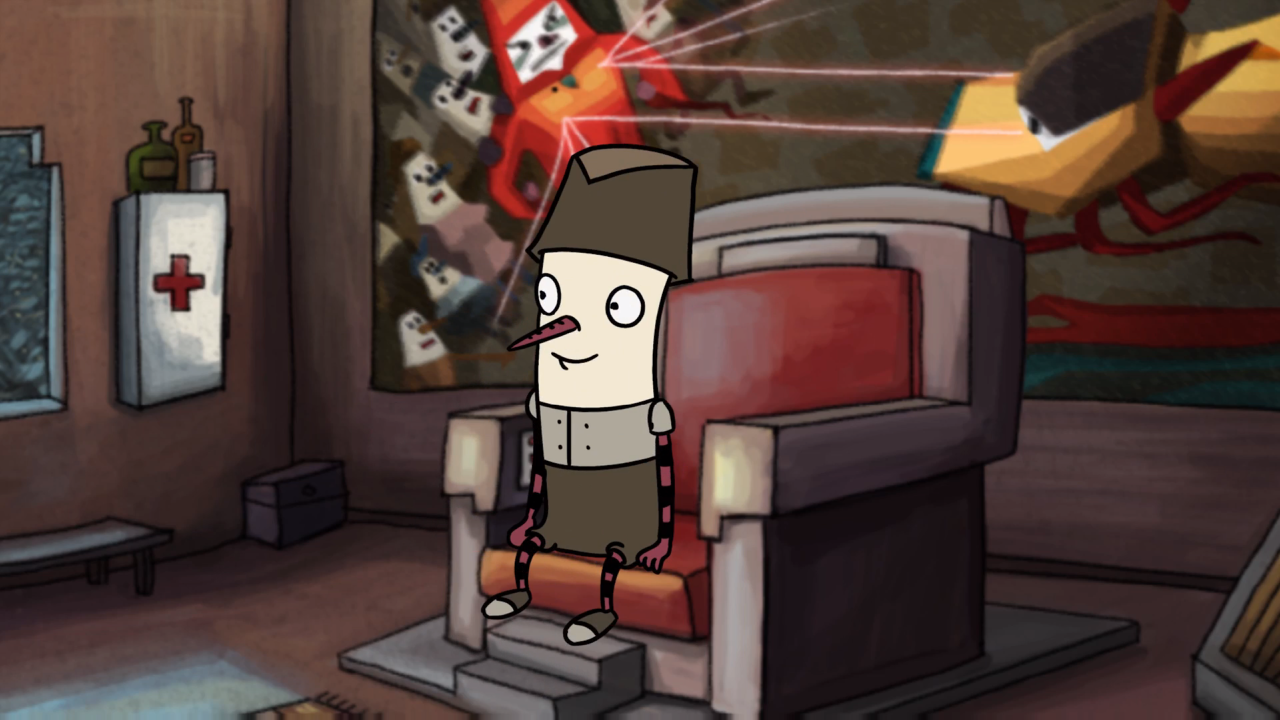 The Inner World takes place in a universe composed of an endless amount of soil, save for one large hallowed-out sphere. This place is called Asposia, home to a human-like race called the Asposians. Air flows into their world through three holy geysers. The geysers are guarded by the wind monks, three select individuals who… okay, I should slow down. This is a rather lore-heavy game, filled with all kinds of made-up words you’ll most likely have trouble pronouncing. It’s best you learn all this stuff yourself, it just sounds stupid out of context.

Let me put the game in Layman’s terms. This is a point-and-click adventure game where you play as Robert, a sheltered child who was raised by one of the wind monks. He was never allowed to leave the temple growing up, but when a bird steals his adoptive father’s special pendant, he goes on a quest to find it. His first outing turns into a much bigger adventure than he anticipated, one with much nobler goals and more dire consequences. He’s also a freak of nature whose nose can be played like a flute, which isn’t important in terms of this review but is still fun to mention. 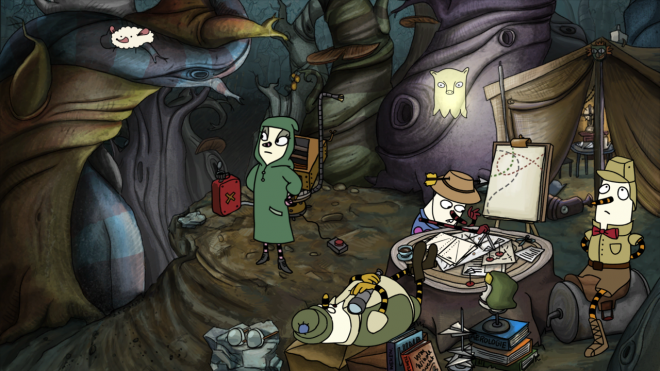 Think about it – If you like point-and-click adventures, have I got a game for you. The Inner World is a classic adventure game through and through. You talk to colorful characters, pick up everything that isn’t nailed down, and combine random objects in combinations that would likely void their warranty. The puzzles tend not to be straightforward, but they are still logical enough that you can figure them out without too much guesswork. Some solutions are stranger than others, but luckily the game has its ways to point you in the right direction (more on that later). The level design is also smart, as the largest play areas are compact enough to have loads of opportunity without an endless amount of walking.

Welcome to Asposia – This game’s presentation is a series of gives and takes. The animation looks like someone just learned how to use Flash, but it makes up for that with its quirky art direction and unique designs. The storytelling and pacing feel a bit scattered, but the moment-to-moment writing can be rather entertaining. Voice acting isn’t stellar, and line delivery occasionally falls flat, but it’s not outright bad. In spite of everything that could potentially hold it back, it becomes more than the sum of its parts. This is a detailed world that’s a lot of fun just to take in and explore that obviously has a lot of thought put into it. The characters are incredibly charming, and the coy humor sprinkled throughout the dialogue will always keep you smiling. Everything about the game is just so enthralling, making it incredibly easy to become invested in this game’s world and characters.

Built-in walkthrough – Much like the adventure games of yore, The Inner World has its fair share of esoteric puzzle solutions. The fact that the first puzzle in the game is one of its most confounding is normally a bad sign, but thankfully the game has a great hint system. By pressing the left trigger, you’re given a list of all your current objectives. Select the one you need help on, and the game points you in the right direction. You can control just how much help you need; every time you press ‘A’ you get another small hint, gradually building to the solution. The hints are fantastic, as they often give you that “a-ha” moment you need without flat-out telling you the answer. 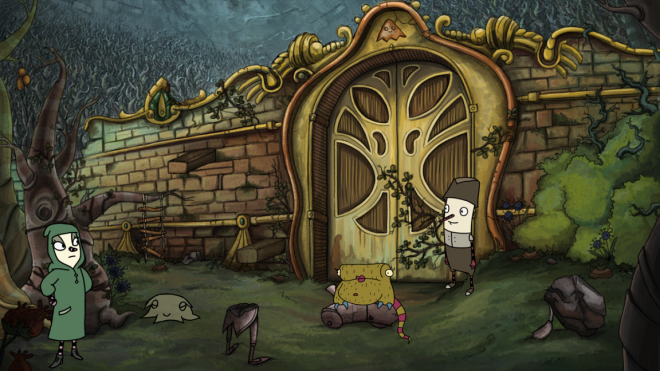 Cursed cursor – The Inner World forgoes the usual practice of implementing a cursor in the console version of a point-and-click adventure, and while the effort is appreciated, the end result isn’t much better. Interacting with the world involves cycling through all the “hotspots” on the screen using the X button or the bumpers, selecting one with A, then selecting one of three actions (usually look, combine, or interact). This control scheme works, it’s just extremely cumbersome and tedious. It takes way too many button clicks just to do a simple action. The toggling usually starts with the object closest to you then radiates outward, so objects you can’t approach will always take longer to click. What’s worse is that a better control scheme already exists in the game – by going into your inventory and selecting “combine” on an object, you can cycle through everything in the environment using the joystick. This is a much quicker and more responsive way of doing the same thing; I have no idea why this wasn’t used for standard navigation.

But wait, there’s more – You’re given direct control of the character, which feels fine save for one crucial aspect. Most areas are a static screen, where you don’t really need to move around much. If you want to go to the next area, you can’t just walk there; you have to click on the “leave area” hotspot. It would be better if they gave movement more precedence since character control does feel mostly useless.

If The Inner World was released in the 90s, I’m certain it would be held in the same high regard as classics like Monkey Island and Day of the Tentacle. It’s a fantastic point-and-click adventure game that handles humor and puzzles with ease. If it weren’t for those clunky controls, it’d be a lot easier to recommend. The Xbox One certainly isn’t the ideal home for this game, but it’s a much-welcomed addition to its library regardless.

The Inner World was developed by Studio Fizbin and published on Xbox One by Headup Games. It was released March 31, 2017, for $14.99. A copy was provided for review purposes. 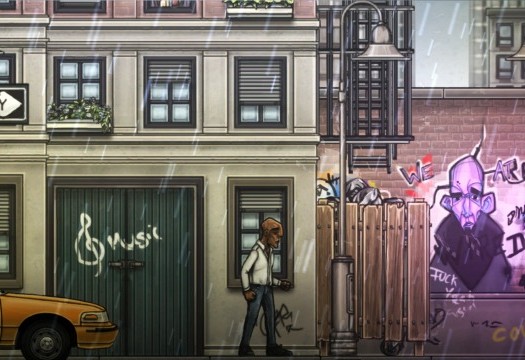 Read More
In Between review: Beauty between the cracks 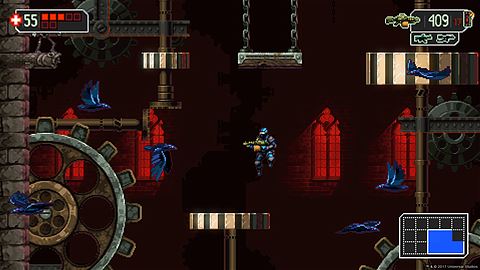