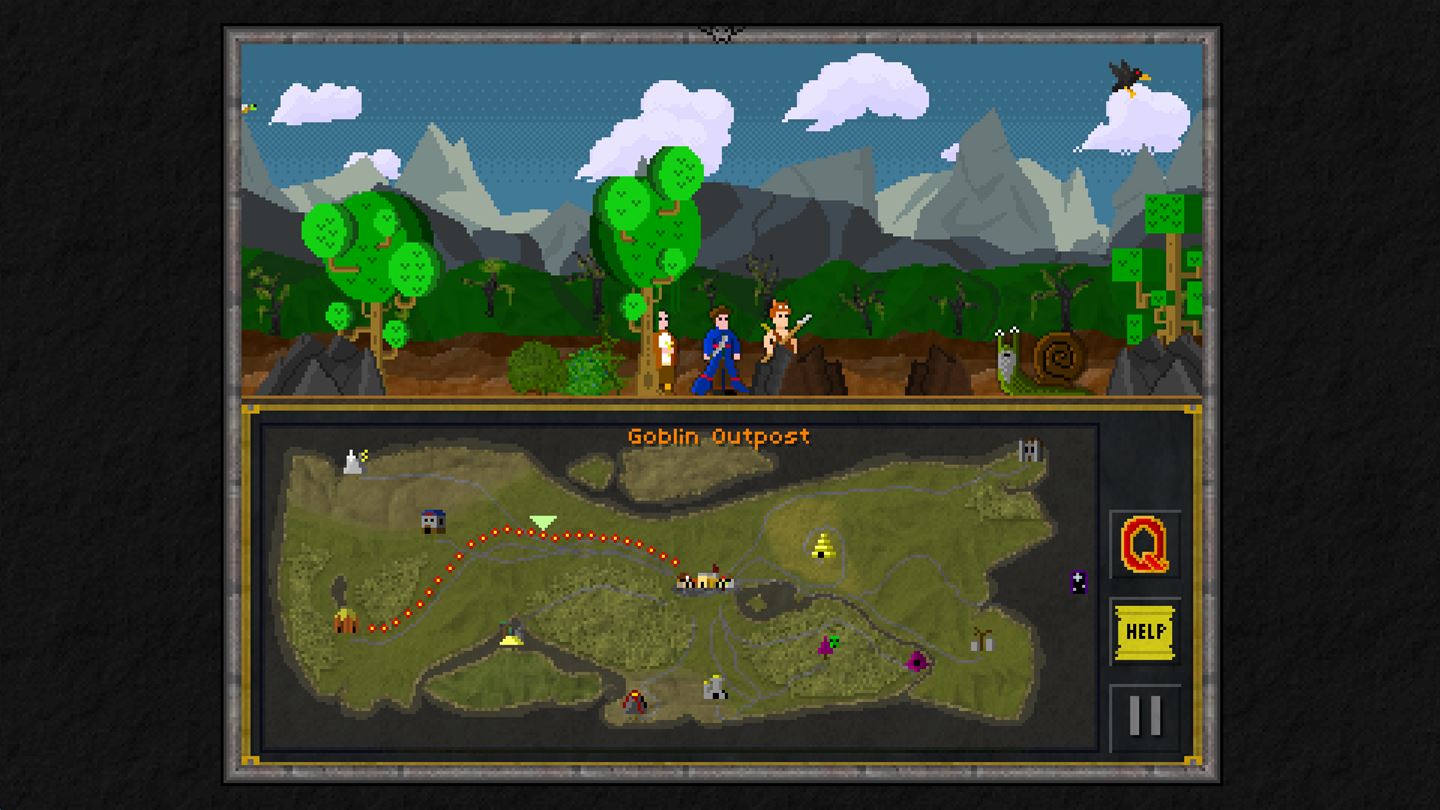 The Bitfather, the development team behind Pixel Heroes: Byte & Magic, loves old-school gaming so much that they’ve taken just about every retro feature us old timers know and love and packed them into the one game. Not content on just looking and sounding the part, they’ve taken classic turn-based adventuring and mixed it with the current trend of using a retro roguelike system. It’s an homage rather than a parody to the 8bit era, and it’s clear the game is a labor of love. We’ve got your favorites like taverns, mages, dungeons, riddles, random encounters, random loot, random quests and even random heroes to team up with.  I mean could you be any more old-school? 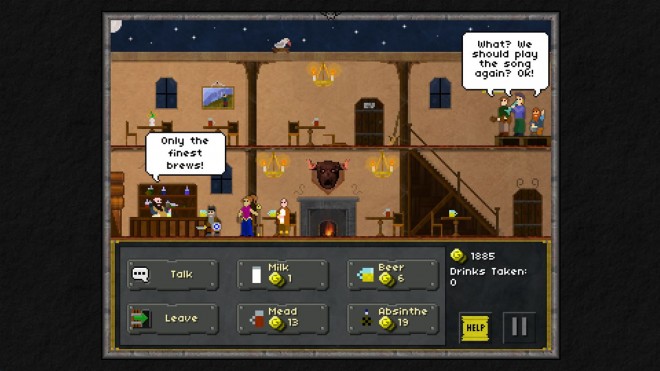 Addictive gameplay – Pixel Heroes styles itself on those old text based adventure games, but the actual gameplay is more akin to a JRPG. After gaining your first quest from the town, you’ll head off for the nearest dungeon. On route, you’ll come across some random encounters. Some of these are just simple choices, and others are puzzles or riddles to solve. Depending on your interactions, you can either win some loot or be faced with a fight on your hands. Once you arrive at your destination, you’ll need to battle through 9 rooms and finally onto the dungeon boss. The battle system is turn-based, but only two of your characters can take action before control switches back to the enemy. The usual RPG system of spells and physical attacks are all here, though there is a big emphasis on buffs and debuffs, making the gear you choose to equip an essential part of the game. With some tough choices to make and lots to learn, it’s the type of game where the hours will pass quickly, and a high difficulty means each restart is not far away.

Replay value – Each quest plays out pretty much the same, travel to the dungeon, battle through the dungeon, battle the boss, travel back to the town. However the order in which you are given each quest is random for each playthrough, and being a roguelike with permadeath, it’s likely that you’ll find yourself back in that tavern hiring heroes again in no time. There are around 30 different hero classes to choose from to build your three man team and mixing and matching the various characters and experimenting with equipment is a fun experience and changes up the gameplay when it’s most needed. 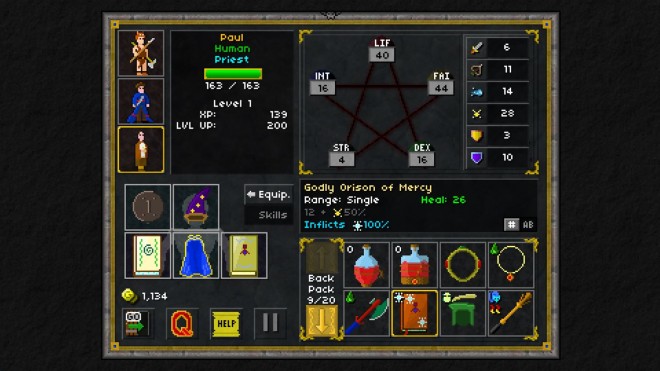 Unlucky for some – Like most roguelikes, an element of luck is involved if you are to beat the game successfully. Though what marks a good roguelike from a bad one, is that you learn from any failures. Unfortunately, the luck varies quite wildly here meaning deaths are often unfair, and there is little to be learned from the experience. I had one run where my first two dungeons were a complete breeze until I met the mini-boss at the end of the second when suddenly none of my characters could do any damage. Since you can’t change your loadout mid-battle, I was facing inevitable death. Clearly, I had the wrong equipment but given my weapons were fine and dandy throughout the whole area, what clue was there that I should be making a change? A tough pill to swallow at any point when permadeath is on the cards, but if it had happened several hours in, it’s likely I would have spat the dummy.

Terrible inventory – Like all good RPGs, you’ll earn loot after every encounter. Some of which will be useful and some which you’ll want to sell off as soon as you get back to town. However, we’re only given 20 storage slots which fill up fast before you’re even halfway through the first dungeon. One filled you can’t move on any further until you’ve cleared some space by deleting anything you don’t want. After almost every encounter, I had to go through my inventory and decide what needed to be binned. To top it off the inventory menu system seems to be designed for mobile devices making navigation a time-consuming frustration to the point where I was actively avoiding the optional encounters in case they won me more loot.

Irritating music – Pixel Heroes prides itself on playing homage to old retro games. Its 8bit graphics are fun enough, if a little bit in ugly in places, specifically when you’re in the game menus, but they serve well and fit with the theme. The music, on the other hand, I can only describe as an aural assault. High-speed chiptune blasts at you from the get go. It’s repetitive, annoying and the developers may as well been playing Joe Pasquale’s “I know a song that’ll get on your nerves.” What I couldn’t understand, though, was that they seem to acknowledge this fact already, throwing in a few in-jokes about bad music in old games. However, I don’t remember the music being this bad on those old speccy games. Jokes on them though since I had it muted faster than the crazy BPM Pixel Heroes was churning out. 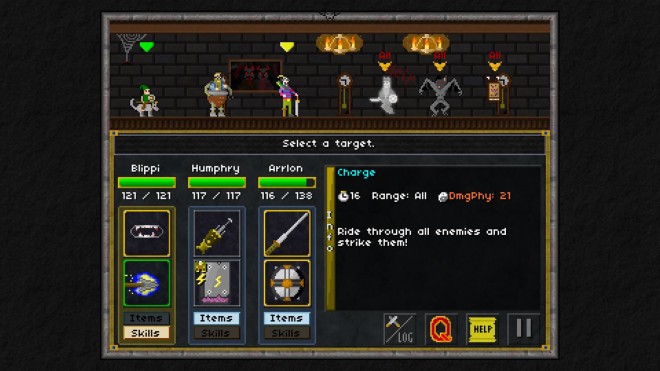 Pixel Heroes: Byte & Magic has got some nice ideas behind it. For the first few hours, it’s an interesting and challenging take on retro RPGs. However, it’s eagerness to make you suffer is ill-placed and more of an annoyance than a lesson learned. There’s an achievement to wipe your party 100 times, but I’m pretty sure I would have experienced some mental breakdown if it got to that point. There’s lots of replay value on paper, but there’s only so long you can keep playing through the same formulaic quests, and it’s a shame that Pixel Heroes suffers from a bad case of new dungeon, same experience.

Pixel Heroes: Byte & Magic was developed by The Bitfather and published on Xbox One by Headup Games. It was released February 3, 2017, for $9.99. A copy was provided for review purposes. 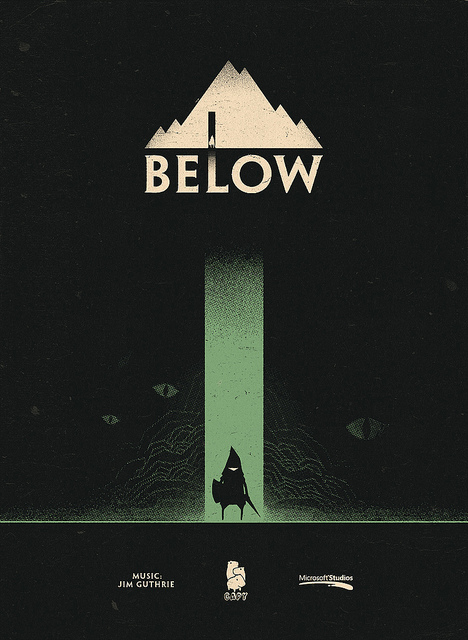 Read More
Below is a “roguelike-like” with focus on exploration 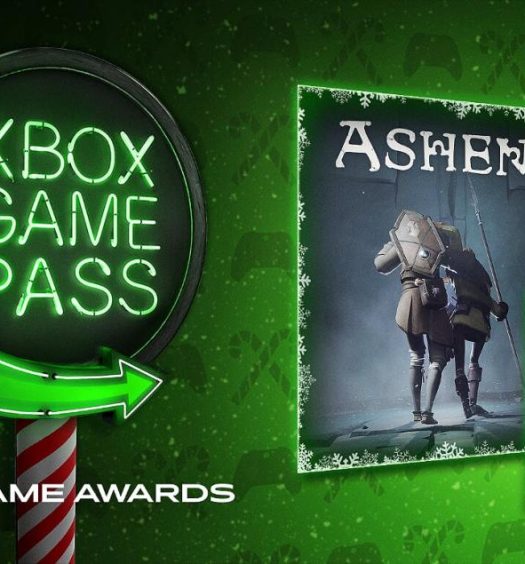 Highly Anticipated Games Ashen and Below to be Released In December to Xbox...