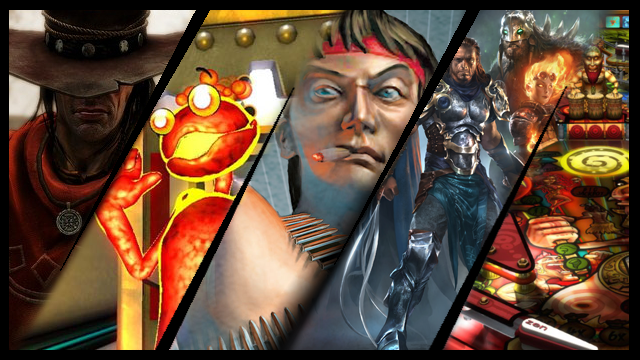 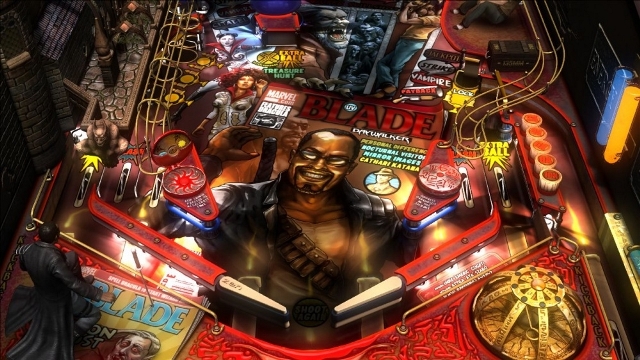 It would be hard to argue that any company has supported its game as much as Zen has this generation (outside of maybe Harmonix). It has been a pleasure watching Zen evolve and find new ways to exploit the benefits of virtual machines in ways that no traditional table can compete with. For example, some tables introduce rendered characters who appear and have conversations with one another, adding almost cinematic-like elements to a traditionally non-story based game. Another notable table flips the board upside down to complete a mission forcing players to deal with complete inversion. Zen has partnered with prominent content providers Popcap, Twisted Pixel, Marvel and Lucas Arts in the past and has expressed willingness to continue seeking new strategic partnerships. Who knows what tables the next three years may bring?

24.) Magic the Gathering: Duels of the Planeswalkers 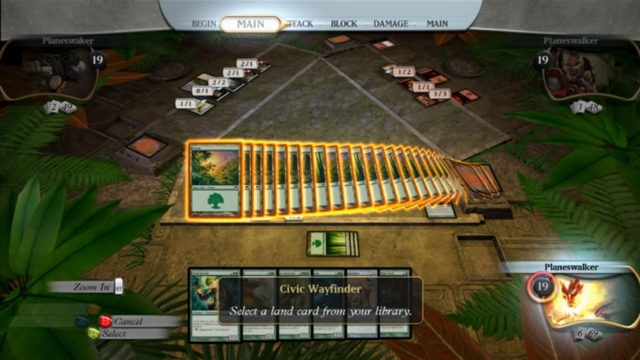 Matthew Smail, Contributor — Although it’s extremely popular on Xbox Live Arcade, Magic: the Gathering – Duels of the Planeswalkers (DOTPW) is actually a much more important game than many console fans may realise. Although the Magic: the Gathering (MTG) trading card game has always been hugely popular, its creator, Wizards of the Coast, enlisted Stainless Games to create the DOTPW franchise in the hopes of attracting a new audience of keen and willing console gamers with a simplified version of the core game.

The end result was a masterstroke, with DOTPW providing the perfect platform for a whole generation of brand new Magic players to get to grips with the complex rules and systems which make the card game what it is. The XBLA versions of DOTPW are all good-looking, superbly made and feature rich. Perhaps most importantly, though, each version has grown in line with its user base, and every iteration has provided more and more complex modes to returning players, further smoothing the transition into the daunting world of real-life Magic. 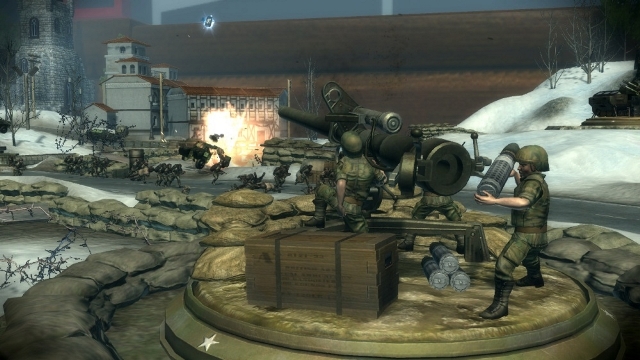 Shawn Saris, Contributor — Signal Studios knocked it out of the park with Toy Soldiers on XBLA. The studio nailed down a perfect combination of strategy and fun in a uniquely styled tower-defense game. Following up such a great game is no easy feat, but the team was able to step up and do so, and when released, Toy Soldiers: Cold War was exactly what every fan was waiting for. Cold War had a whole new campaign, crazier levels, more turrets to build and more vehicles to drive. In the sequel, the unique art style returned, with the diorama style levels making a repeat appearance and the over-the-top bosses showing up again — now in even crazier fashion.

What Cold War lacked in length it made up for in re-playability. Going back to enjoy the same experience again, playing through on a higher difficulty to achieve maximum rank or picking up collectibles you missed the first time through was always fun. Even after completing everything, you can go back through on co-op and experience the game with a friend. Toy Soldiers: Cold War may not be everyone’s cup of tea, but to those who like this style of game, it was one of the best around. 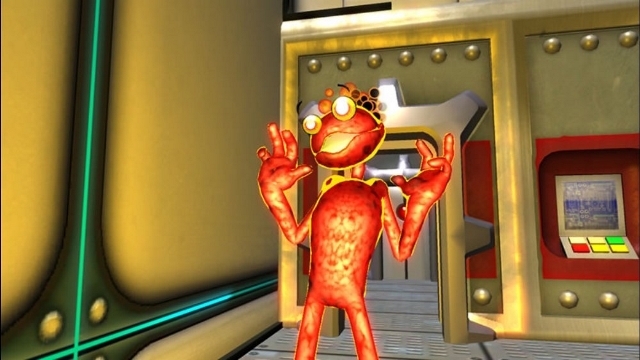 Nathan Bowring, Reporter — I remember when ‘Splosion Man first hit Arcade. I’d never heard of it before and knew nothing about it but decided to try it based on the silly title alone. Little did I know I was about to play my new favorite game. The premise of the game is simple: ‘Splode. ‘Splode to jump. ‘Splode to solve puzzles. ‘Sploding is literally all you can do; every button is ‘splode. It’s a novel idea that’s really fun to play around with as you fly across the screen in an orange blaze, but the game slowly ramps up the difficulty to put your ‘splosion skills to the test.

Despite being a solid platformer, the game also has a great sense of humor. ‘Splosion Man himself wanders through every level with childish wonder, spouting nonsense and doing crazy walk cycles. He also kills scientists and turns them into processed meats, and it’s funny every time. Let’s not forget the game also contains one of the catchiest songs in all of gaming and an ending that will leave you speechless. From beginning to end, ‘Splosion Man delivers a fiery ‘splosion of joy every time you play. 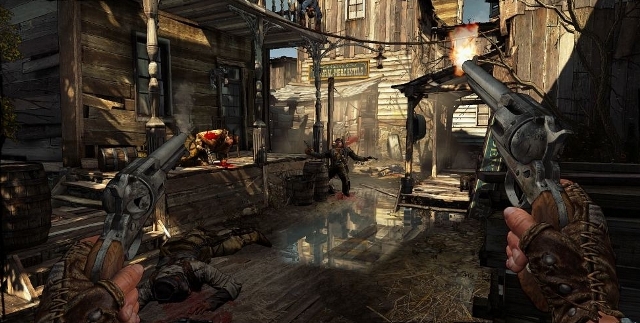 Mike Mahoney, Contributor — Call of Juarez: The Cartel was a poor game, very poor in fact. I’m not privy to its sales numbers, but I would be surprised if it sold well. At all. Therefore, I was shocked when I heard there was going to be another game in the series. But the sequel turned out to be a pleasant surprise, as Call of Juarez: Gunslinger only had a name in common with its predecessor. Everything else was changed for the better.

I first got my hands on a demo at PAX East in 2013 and that short gameplay session had me sold that this was a title worthy of keeping my eyes on. In the final release, playing the role of Silas Graves, a cowboy-outlaw for whom no bounty was too small, I shot my way with delight through nine missions. The stories, which are tall tales at best, range from shootouts with Butch Cassidy & the Sundance Kid to larger-than-life escapades with Billy the Kid. The charm to Gunslinger was the combination of over-the-top but self-aware storytelling combined with solid FPS mechanics. Whether it was a pistol or a rifle Graves was wielding, the overall feel of the guns was on par with many games with much larger budgets.

I was also beyond satisfied with the amount of weapons one could unlock coupled with the various “slow down” modes that would either let me dodge a bullet or unleash “no mercy” on a huge score of enemies. To the best of my recollection there aren’t many, if any, Western shooters on XBLA, and that’s OK, because it would be difficult for any others to stack up to the sheer amount of fun that is Call of Juarez: Gunslinger.

Wondering what the rest of XBLAFans’ picks for Xbox 360’s best Xbox Live Arcade games are? Stop back in tomorrow to see us continue counting down the top 25 games! Meanwhile, take a look at some of the other games that have made the list:

Pinball FX2 headed to Xbox One 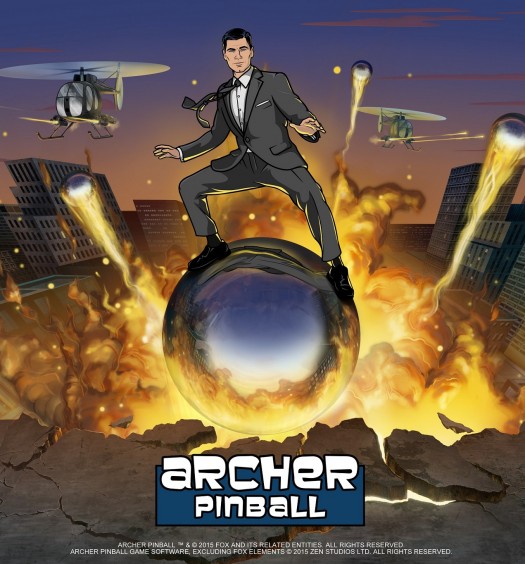