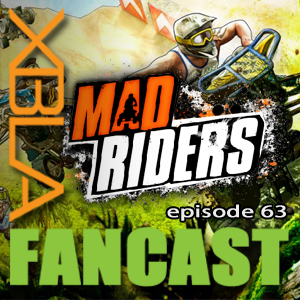 The most non-American edition of the XBLAFancast ever, maybe. With no Andrew or Todd this week it’s up to myself and my two Canadian buddies Shawn and Perry to keep things going.

This week we talk about Mad Riders a bunch, plus a whole lot of other games. Perry drops all the news, like all of it. Then we have some twitter questions, thanks to @Lunchbox700 and @NodNolan for those, to round things out.