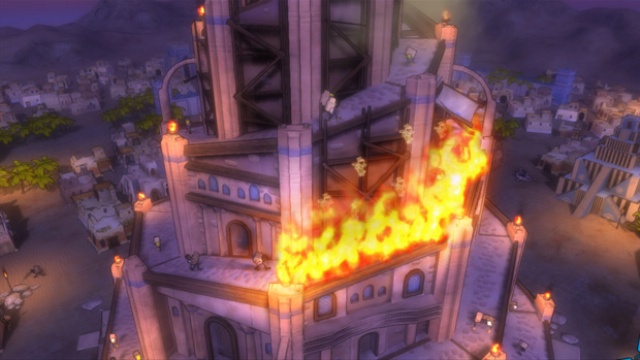 Update: Eurogamer updated with a more definitive date of June 13.

Ubisoft has announced that Babel Rising, the HD remake of the popular iOS and Droid game of the same name, will make its debut on XBLA and PSN at some point during June. A teaser trailer that popped up back in March positioned Babel as a spring release, which would mean it’s due to come out before summer kicks off on June 20, though no mention was made today as to whether or not developer Mondo Production has been able to stay on track for that time frame.

Ubi also released the launch trailer seen above alongside the date. The game’s upgraded visuals and Kinect-powered smiting of the puny Babylonians, whose arrogance has angered God (the player) in the game, are on full display in the vid.