On Sunday afternoon during the Microsoft E3 press conference Executive Vice President of Gaming, Phil Spencer, introduced details for their next console code-named Project Scarlett. While most of the presentation was spent talking about advancements over current Xbox hardware — enhanced AMD GPU and CPU, DDR6 RAM, and a solid-state storage for reduced load-times — one line was given by a developer to solidify a commitment to accessibility to older games: “We’re delivering four generations of content better than you’ve ever seen them before.” It’s a light touch on the subject, but not the last that was said about it that day.

Xbox GM of Games Marketing, Aaron Greenberg, segued into the topic of compatibility while discussing Halo Infinite with Geoff Keighley on his Gameslice Youtube stream. “…We’ve really been investing so much in backward compatibility. When we launch Project Scarlett you’ll be able to play all of the Xbox One games you own, but [sic] in fact four generations of games. This has never been done before.” He goes on to say, “You’ll get all of the benefits of the speed, and the graphical performance upgrades that come with Project Scarlett.” The Aaron Greenberg interview on Gameslice can be seen in the video below. The backward compatibility discussion starts around the 2:00 mark.

And now Monday on Inside Xbox, Phil Spencer spoke to Microsoft Social Marketing Manager Graeme Boyd about Xbox’s commitment to compatibility. Phil stated, “…We thought about our design with Project Scarlett, we definitely wanted to make sure that we were compatible across all of the generations. Not just with the games, but the accessories. Obviously Xbox Live will continue, and you are who you are across the whole ecosystem.” Phil then added that it’s Xbox “respecting the purchases” gamers have made on their platform. According to Specter, digital purchases made on past consoles will be available on Scarlett. He didn’t specify whether game disks will work but did mention once again respecting the purchases of digital and physical games through the years.

A little later in the show, there’s a short video covering backwards compatibility, which again states every game that is Xbox One compatible will work on Project Scarlett. The Inside Xbox video is embedded below.

The math here is easy regarding which Xbox generations will be playable in some form; All of them. Outside of the claim of all Xbox One games will be playable on Scarlett, the wording from Spencer and Greenberg were not absolutely clear that every Xbox 360 and original Xbox game will be compatible. We will give an update if wording on this is changed in the near future.

Project Scarlett is currently scheduled for a Holiday 2020 release. No pricing or final release date have been announced. 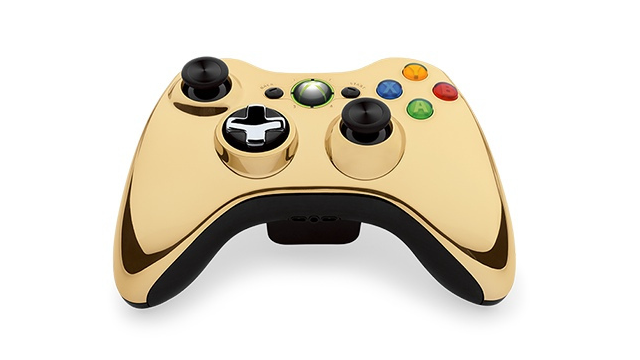 Get your hands on the Chrome Gold Xbox 360 controller