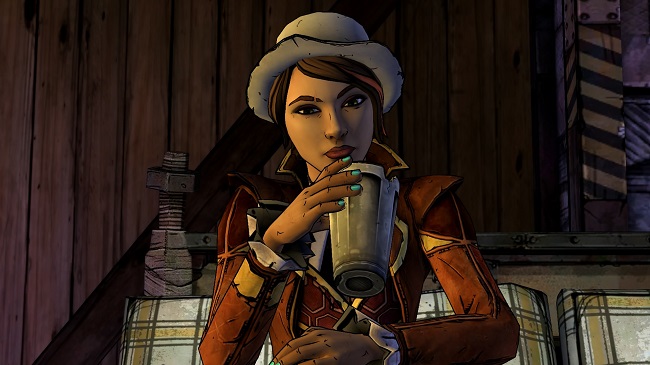 Have you ever tried chocolate and bacon together? You know how combining those two great things sounds gross, but turns out to be amazing? That’s the first episode of Tales from the Borderlands. It’s chocolate-covered bacon.

Zero Sum proves Telltale’s patented formula has flexibility and that making decisions can be fun instead of torture. The episode is essentially a heist story, told from the perspective of two very different characters. Playing as Rhys and Fiona, you make the decisions as they tell their side of the story. Despite not being gun-wielding tanks, they’re still true Borderlands anti-heroes: likeable scumbags trying to get paid. Getting to tell their stories is a blast; you get dialogue trees full of wit and sarcasm, and some major choices just turn out to be jokes in disguise. Going through the events that brought them together, you get a more intimate look at Pandora; one that is a little more calm with humor more refined. It’s still a Telltale game; you’ll build relationships with the game’s great supporting cast and do some terrible things, but you’ll be smiling all the way through.

The game could easily be understood by someone who’s never played a Borderlands title, but for fans of the series (like me) there’s even more to enjoy. Every little detail of this game is spot-on. The art, the music, the characters, the humor, the bloody action; everything just feels right. There’s plenty of small nods to past games that only fans will notice, tucked away in corners or in flavor text. It’s a Borderlands game through and through, albeit one where the story comes before the guns.

The gameplay here is usual Telltale fare, plus an interesting wrinkle. You choose dialogue, complete some quick time events and explore small locales. The new addition is that each character has a unique ability: Fiona collects money for future bribes, and Rhys scans the environment with his echo-eye. It’s cool that the characters are differentiated through gameplay, but the episode doesn’t provide too much opportunity to use them. It’s also worth noting that this is the only Telltale game since The Walking Dead to have a designated inventory button, yet you never need it. It feels like these additions could be for more traditional point and click gameplay, but the episode has no real puzzles. I really hope we see better use of these elements in future episodes.

Zer0 Sum is an amazing start to the series, worth a try if you love Borderlands or just love a good story. Tales from the Borderlands is definitely Telltale’s most bizarre game in recent memory, but if the quality keeps up it may also be the best.

To find reviews for other episodes (as they become available), check out the Tales from the Borderlands review hub. 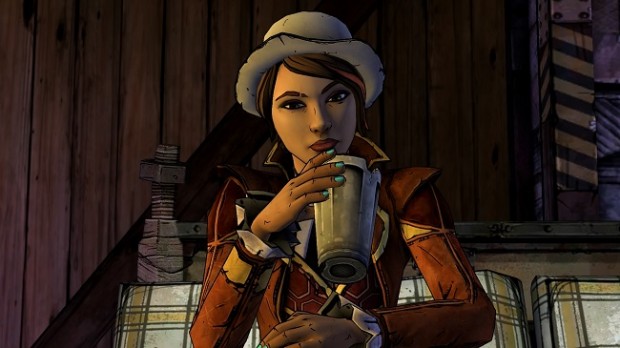