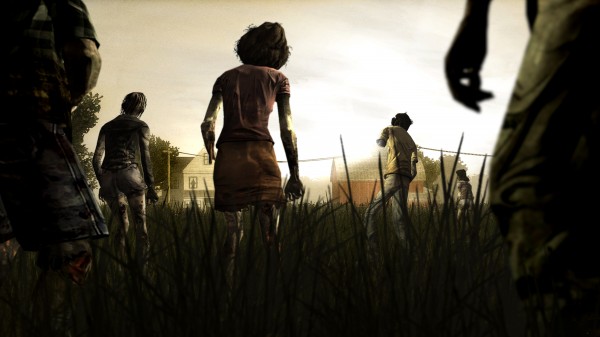 So if you’re expecting a game where you must survive the zombie apocalypse by aiming down the sights of your pistol and getting some headshots, you’ll have to look elsewhere. The Walking Dead is a fairly traditional point and click adventure game; while you do have direct control over the main character most of your interaction with the world will be through an onscreen cursor or making dialogue choices. 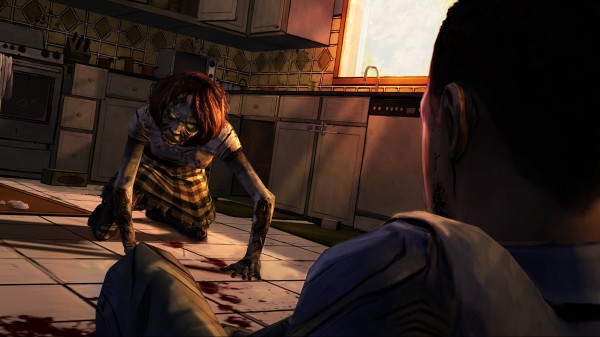 Characters you believe in – During the roughly 2-3 hour experience that makes up this first episode you play as Lee, an apparently convicted felon who was on his way to jail when the world started going to hell. During the course of the episode you’ll learn more about his past, but we’ll have to wait for more episodes to find out the whole truth. Whether he’s guilty or not, Lee seems to be a good guy, though you can of course turn him into a bit of a jerk if you want. As the story progresses Lee meets more and more survivors, from a possibly orphaned little girl to an already-established group who have taken refuge in a drugstore. Every character you meet is well-defined, and aside from a few inconsistencies (more on that later), behave in a completely believable way. It makes it easy to get lost in the situation and feel real tension when you are posed with a moral dilemma, or even just having a regular conversation.

Lee & Clementine – Very soon after the game’s opening, Lee meets Clementine. She has been hiding in her treehouse since things went bad; her parents are out of town (and could be dead) and her babysitter has succumbed to the zombie outbreak. Lee takes it upon himself to look after her, though they often seem to be looking after each other. The relationship dynamic between Lee and Clem is by far the most impressive part of The Walking Dead. Wonderfully acted, written and entirely believable, it is a joy to experience. Children in video games are so rarely anything more than an annoyance; not only is Clementime not annoying, she’s charming, tough and arguably smarter than some of the adults you meet. Telltale have managed to make something really special here and should be commended for it.

The zombie apocalypse ain’t fun – Don’t let the unique comic book illustration-esque art style fool you, The Walking Dead is just as nasty and brutal as its comic and television counterparts. People will swear loudly in your face and tell you exactly what they’re thinking and when you kill zombies you won’t feel good about it. Unlike other zombie games, your kill count in Walking Dead won’t reach double digits in a hurry. There are a few big kills throughout the first episode and they are bound to make you uncomfortable. Telltale do a great job of making you smash that hammer into a zombie’s skull just a few too many times. Lingering on your handiwork just a little longer than you’d like, it adds a lot to the already pretty intense action sequences. 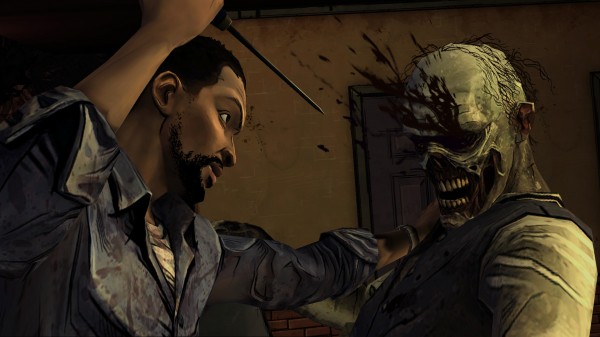 Technical issues – With all their episodic games Telltale have been working with variations of the same game engine, and unfortunately it isn’t especially robust. Transitions between actions are often occompanied with a brief pause which often breaks the flow of some of the more action-focused moments. We also experienced some noticable dips in framerate during some of the more open areas of the game, though fortunately it never impacted any conversation or action moments so it can be easily forgiven.

Writing inconsistencies – The writing is no doubt the best part of Episode I, but it is not without its issues. There are several prominent moments where characters act or speak in a way which doesn’t make much sense and is wholly in service of gameplay. Perhaps the most infuriating example of this is when one character is made to look incredibly moronic just to give players a “puzzle” to solve. Carley is a reporter and a crack shot with the pistol she always carries, but she apparently doesn’t know what a battery looks like or how to use them. She asks Lee to help her fix a radio, only for him to discover it doesn’t have any a batteries. No one is thinking straight these days so it’s easy to overlook. Lee gets the batteries and hands them to Carley. When he comes back later the darn radio still isn’t working, so he takes another look. Turns out Carley put the batteries in backwards. The puzzle aspect isn’t challenging or fun and the whole sequence does nothing but make Carley look incredibly stupid. It sadly isn’t the only example of this sort of puzzle before dialogue issue; we really hope this aspect of the game is handled better in later episodes. 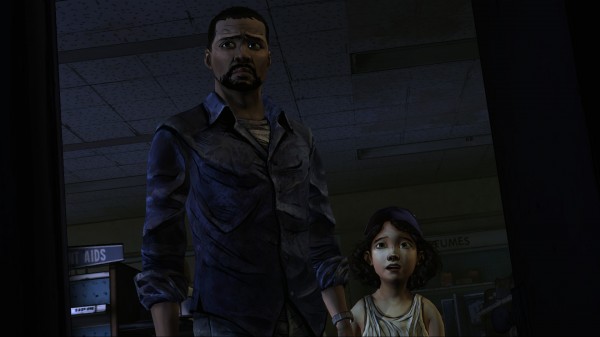 A game in which the gameplay consists mostly of conversation and decision-making may not be for everyone. That said, The Walking Dead is fantastic, with a well-told story with believable characters and surprisingly intense and grisly action scenes. Even if you are unsure, we highly recommend you at least try it out. However if the idea of a zombie game that’s about more than headshots sounds good to you then there’s no doubt you need to play The Walking Dead.