Over the Top Games 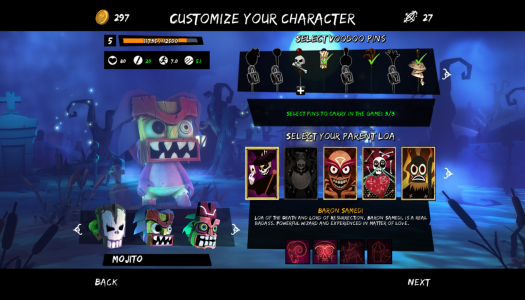 As love for the roguelike genre continues to grow, a whole slew of developers are creating games that showcase one or more unique features in the hope of tempting the …
END_OF_DOCUMENT_TOKEN_TO_BE_REPLACED

The Fancy Pants Adventures on sale for 400 MSP

You may think the only deal this week is the 30% discount on changing your gamertag. We’ll our valiant tipper @lifelower found one more honey of a deal for …
END_OF_DOCUMENT_TOKEN_TO_BE_REPLACED

The Fancy Pants Adventures was developed by Brad Borne and Over the Top Games, and published by EA 2D. It was released April 20, 2011 for 800MSP.

Yet another XBLA game based on a flash game, The Fancy Pants Adventures is the next installment of the popular online sidescroller. Although it’s a sequel no previous knowledge of the series is needed to play this game. This time, pirates invade Fancy Pants’ home of Squigglesville and kidnap his little sister. Although this game is likely to be overlooked by heavier hitters like Super Meat Boy, Fancy Pants proves yet again that good XBLA games can come from online flash games and bring improvements to boot.
END_OF_DOCUMENT_TOKEN_TO_BE_REPLACED