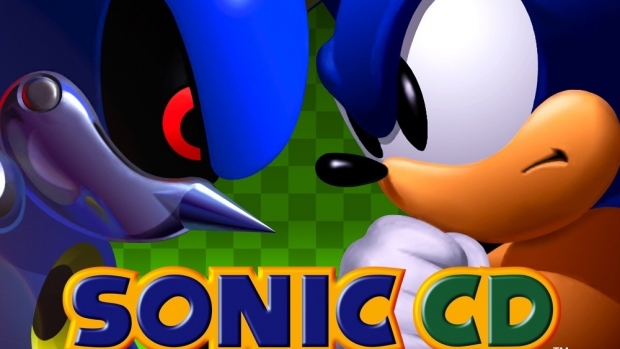 Sonic CD was developed and published by Sega. It was released December 16, 2011 for 400 MSP. A copy was provided for review purposes. 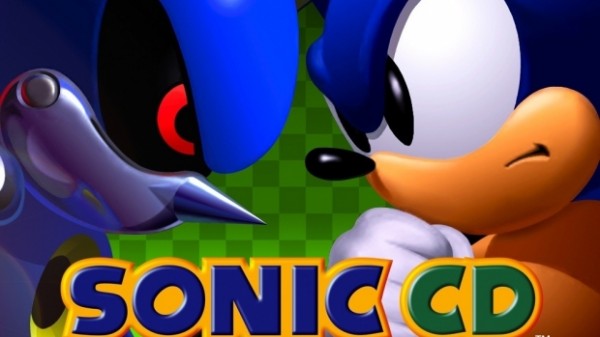 While we’re sure some of you were raised on Sonic the Hedgehog and all his incarnations on the original Genesis, not a lot of you probably had the Sega CD. It was an addon to the Genesis that let you played CD-ROM games, something all the rage in the 90s. Not a lot of great memorable games were made for it (Hello, Night Trap) but one game that made a huge impact on the system was Sonic CD. Now almost 20 years after its release, Sonic’s classic adventure is brought back to XBLA with all new features for a smooth port.

Sonic has to save a planet chained to the world called Little Planet. Robotnik (aka Eggman) has stolen all the time stones that control time itself and it’s up to the blue hedgehog to save the day and time itself. After the recent tepid response to Sonic the Hedgehog 4: Episode 1, playing a classic Sonic game that a lot of people missed out on proves the character is still timeless and those who missed out on this game won’t need a $300 USD peripheral in 1993 to play it. 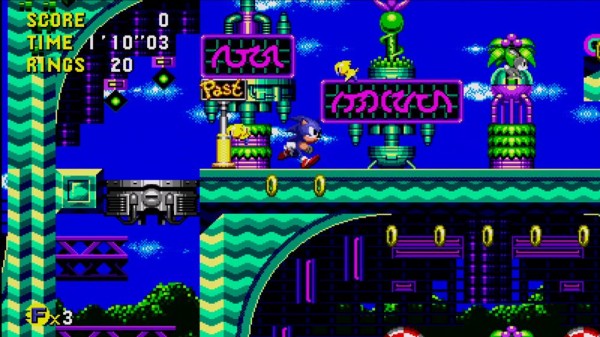 Sonic to the future – The gameplay is much of the same from the original Sonic games, but there’s a new twist when it comes to time travel. You’ll find signposts throughout the game that say either Past or Future and must run as fast as you can without stopping in order to go back or forward. Depending on what landmarks you destroy, you alter the future to make it a Good Future with less enemies. But go forward in time too quickly and you’ll be in a Bad Future. It makes the core game of Sonic much deeper and adds lots of wonderment towards how each level plays out.

Music and presentation – When you start up the game, you’ll notice a lot of things that previous games in the series never had: a menu. You can start a new game which supports saves after each level or go into Time Attack mode to better your scores and times on the online leaderboards. The music is incredible, and is also a funny story: since there are a lot of differences between both the US and Japanese soundtracks, they included both to appeal to everyone. There are some subtle differences where the Japanese sounds more electronic and dancy while the US can sound kind of tropical at times.

A faithful port – The story behind the port is interesting: an independent developer named Christian Whitehead had this running on his iPhone at 60 FPS about two years ago. Sega quickly snatchedhim up and used his new “Retro Engine” to power this port. Sonic moves great and he never suffers any slowdown or any glitches. It’s great to see Sega seek outside talent with this remake. 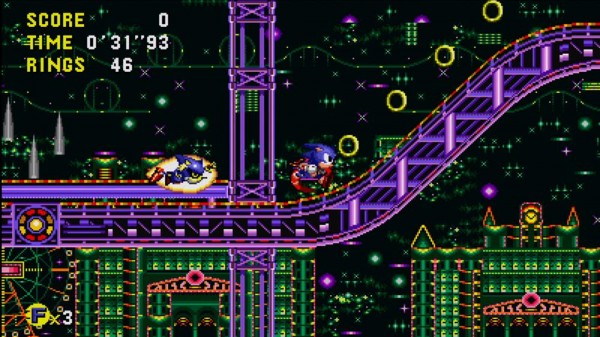 The last level – Sonic CD has great level progression, but it seems to be one of those games that does everything in its power to kill you in the last stage. With every jump there’s a higher than usual percentage you’ll land on the spikes littered throughout the entire area. With some enemies you just can’t go head first into, but must jump over and around them. We know it’s an older game but level design like this can induce controller-throwing rage.

Go back in time now or later? – The coolest concept of Sonic CD is the time travel aspect however it proves to be pretty confusing sometimes. After hitting a signpost for the Past and eventually traveling back, it becomes hard to figure out where you’re supposed to go or what to do. Most Sonic games just want you to run really far to the right while jumping on platforms and avoiding enemies, but sometimes the time travel aspect can leave you wondering what you should do next. You really have to figure out where you need to go in less than 10 minutes or the counter will stop and you’ll die. It makes multiple playthroughs a necessity in order to complete everything.

Tails is cool and all but… – After beating the game you earn the ability to play as Tails. That’s neat and all but is it necessary? Sure, he can fly over things which makes some of the harder to reach areas fairly easy to get to, but he’s totally unneeded and doesn’t add much to change it up. It would have been a little cooler to have Knuckles–who doesn’t love that Echidna? At the end of the day, you’re probably better off just playing as classic Sonic. 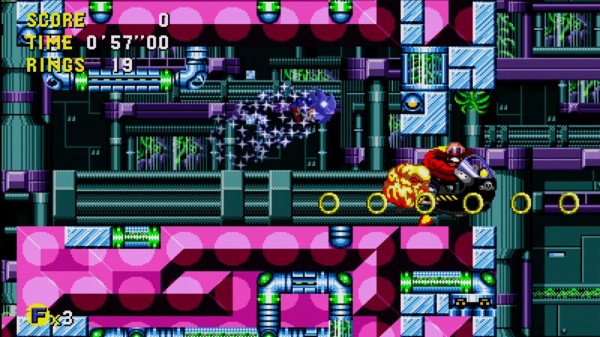 400 MSP for a game that needed an expensive peripheral to play it back in the 90s, it’s well worth the price of admission. Sonic CD feels like a great relic from the past, and newcomers might find a new favorite Sonic game to give their heart to. While it can be confusing and brutally unfair in its last stage, the game progresses beautifully and makes us remember what the classics are all about. The game is the same price as all the other games in the original Genesis series and well worth it. It’s time for you to play Sonic once again and this time, without the bulky peripheral and CD-ROM.