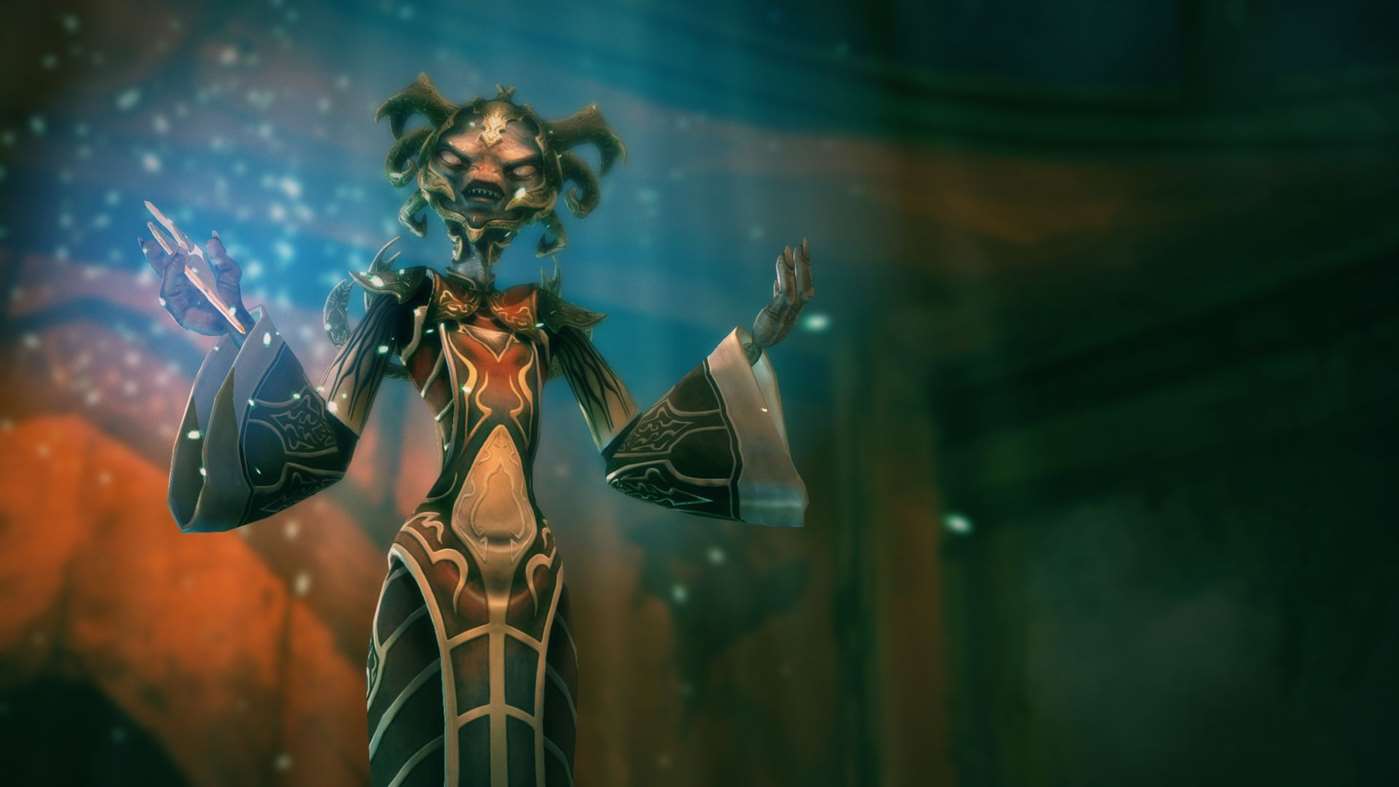 Silence – The Whispered World 2 (henceforth just Silence) came to my attention relatively late in development. Despite my great love of point and click adventures, I haven’t had chance to catch up with the 2009 original, which can be a bad thing with a narrative driven series. It’s an especially bad thing in Silence, because from the very first scene, the game reminds us of people, places and events from the previous game. Sigh.

Regardless, the striking beauty of the game, combined with a heart-warming script and superb voice acting will make you press on through the opening few scenes at least. Silence is a point and click adventure like most others, but it has a distinct style of gameplay that contains all pieces of the present puzzle within a single scene, and almost never requires players to undertake inventory matching activities. The game revolves around Noah and his young sister, Renie, and tells the tale of their journey into Silence, a world that exists between the living and the dead. It soon becomes clear that Noah has been here before, although all is not as it was when he last visited. 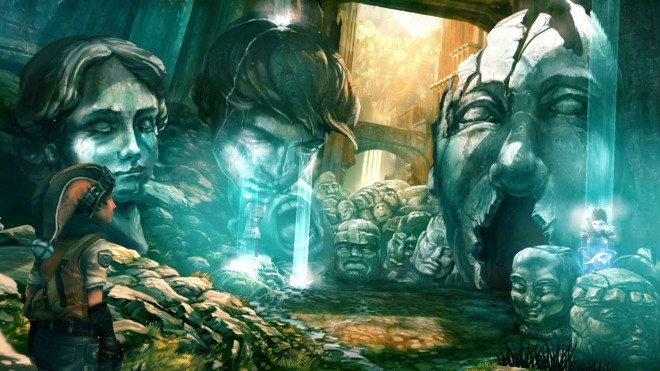 Triple-A experience – I can’t remember another indie title this year that comes even close to Silence as far as production values are concerned. The game is almost flawlessly beautiful, with superb animation that puts most big budget games to shame, especially with often challenging features like facial movements, cloth and curved edges are concerned. The script and voice acting are just as good, ensuring that the player becomes fully engrossed in the touching tale of Noah, Renie and the friends (and foes) that they make along the way.

Fun, imaginative puzzles – I’ll write later about how I found Silence to be quite structurally disjointed, but if you approach it as a series of puzzle rooms that must be solved one by one, then each of the puzzles it presents are fun and original. The game alternates between Noah and Renie, along with their caterpillar friend Spot. Each of these characters has different strengths and weaknesses, and the player must balance terrestrial attributes such as strength or size with those that are specific to Silence, such as Spot’s ability to flatten himself out or inflate like a rubber ball. Characters don’t have an inventory, so whilst they do occasionally move items around, the puzzles are largely environmental, and if I’m honest, there is a feeling of inevitability about each one.

Largely interesting story – Because the mechanics of the point and click adventure haven’t really changed in about thirty years, a good storyline is essential to keeping the player interested. Silence has a fairly unique concept that allows almost unlimited scope for the imagination of the writers to run wild, and so they have. The earthly roots and humanity of Noah and Renie contrast starkly against the bizarre, deadly and beautiful world of Silence, and only the hardest hearted player will resist the urge to see Renie safely home under Noah’s dutiful, loving care. 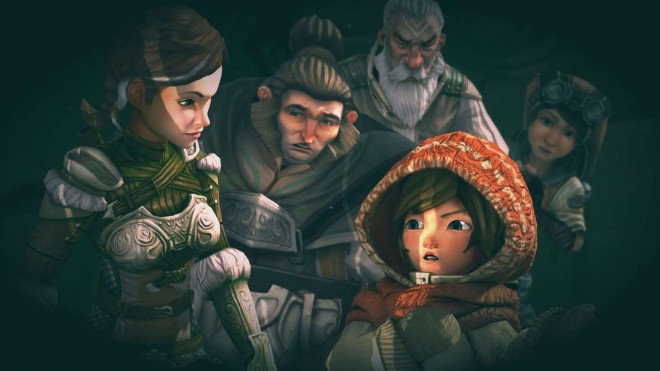 Disjointed – Earlier, I described the feel of Silence as one of multiple puzzle rooms that are only loosely connected. Well, despite the overall quality of the puzzles, I do feel as if Silence would have benefitted from a more cohesive design. One minute Noah is traversing an old ruin, which he leaves through a doorway atop some stairs, and the next he is in a lava-filled crater. Just prior, he was exploring a verdant forest populated by electrified bees. Broadly speaking, the game is visually impressive enough that you’ll forgive it, but I do wish that it made a bit more sense.

Forgotten memories – Referring to events of the previous Whispered World game so often is a mistake. Silence has launched as a relatively high profile, high priced ($30) title but the previous game was relatively niche, and never made it to the Xbox 360 or any other console. A recap video should have been included at least, but I would have been much happier if the game had simply been scripted as a standalone game – after all it has been seven years since the last one, so I imagine even fans could use a few reminders, 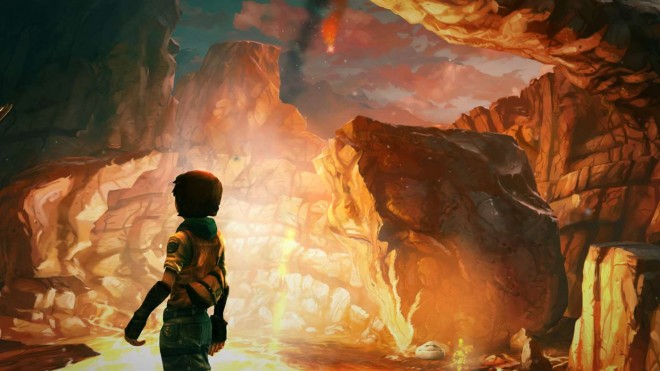 I enjoyed Silence a lot, but in hindsight, I don’t think I would be satisfied had I paid the asking price with my own money, especially considering how lacking it feels without the background information that is locked away and forgotten in the previous game. That said, there is a lot of charm in Silence and it’s beautiful scenery, its imaginative puzzles and its plucky, lovely characters. Real genre fans (or fans of the original game) should certainly consider picking up Silence, but for those with only a passing interest in the genre, I would recommend either waiting for a sale or looking at something a little more rounded, like Kings Quest, for example.

Silence – The Whispered World 2 was developed and published by Daedalic Entertainment on Xbox One. It released on December 9 2016 for $29.99. A copy was provided for review purposes. 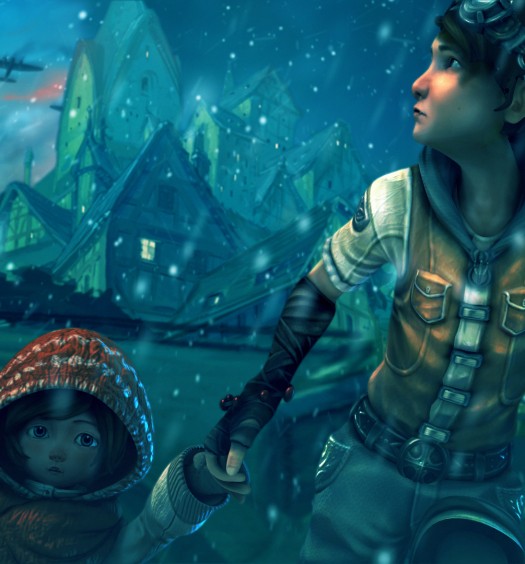 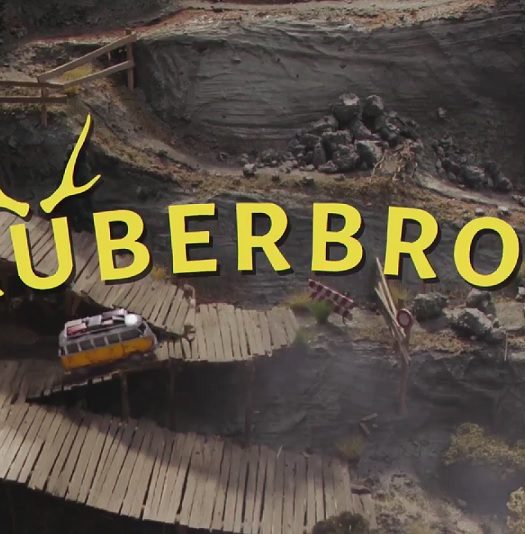