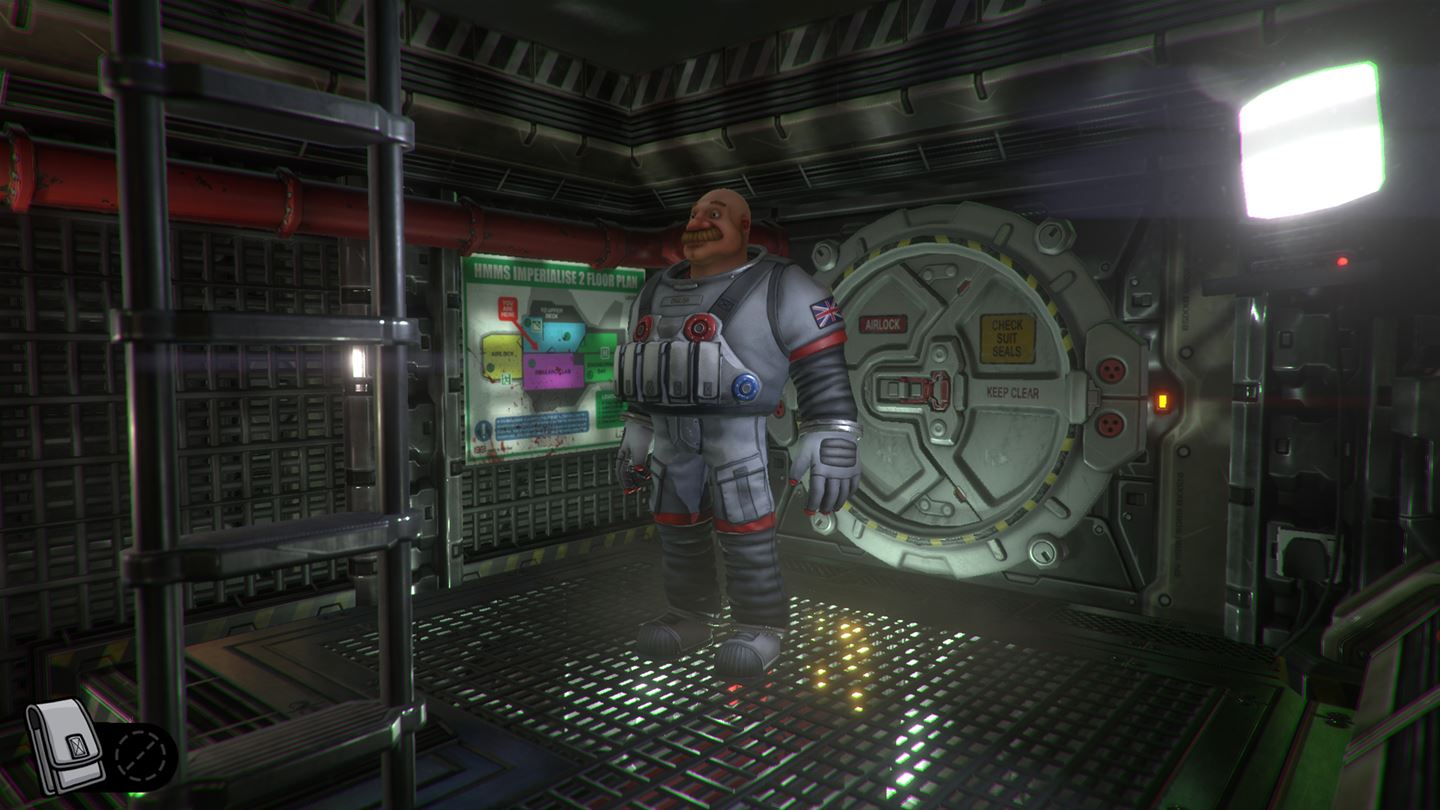 Of the hour and fifteen minutes that Her Majesty’s SPIFFING lasts, I probably enjoyed about an hour. I spent the first five minutes coming to terms with the least Welsh sounding Welsh sidekick that I could possibly have imagined and the last ten breezing through a finale so rushed that the closing achievement is “That’s all we could afford.”

SPIFFING is a point and click adventure in the most traditional sense, in that it is largely focussed on inventory and environmental puzzles that are hung together by solid dialogue, and a fairly decent story. In SPIFFING, the dialogue is better than average, but the story is questionable, especially later on as the obvious rush to complete the game leaves a lot to the imagination. Despite its short length, SPIFFING shows promise, and unusually for this genre, there is some replay value due to various hidden Easter eggs. 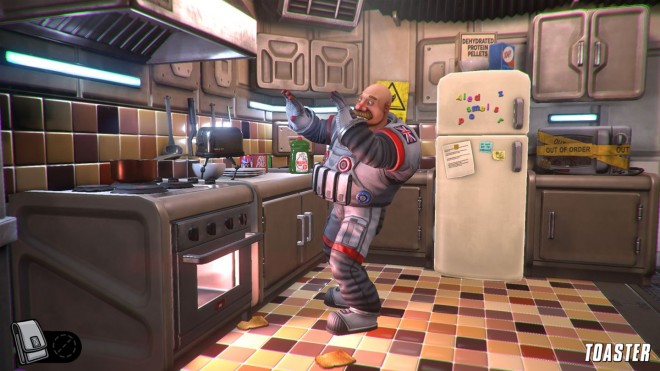 Easter eggs – One cool thing about SPIFFING, which is uncommon for this genre, is the amount of Easter eggs. By Easter eggs, I basically mean fun or interesting content (including about 500 gamerscore worth of achievements) that relate to non-essential content that you simply might not come across. Most of them occur as the result of the kind of trial and error gameplay that comes with point and click adventure games, so even though progress might occasionally falter, it’s worth leaving no stone unturned. Some are just luck of the draw of course, but in any case it’s all good fun and it certainly made me want to explore the game in fine detail. 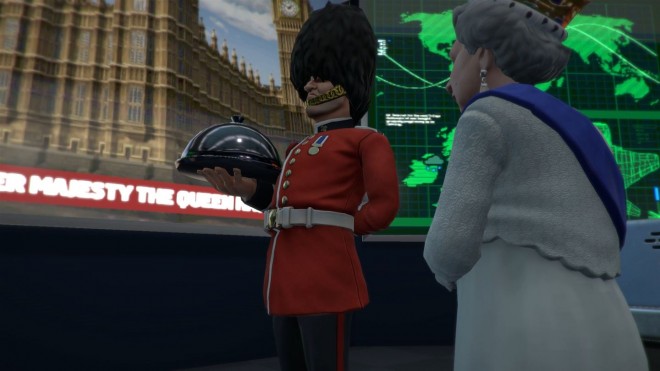 Overreliance on stereotypes – As a proud Englishman, I’ve endured my fair share of jokes about tea, crumpets, Corgi dogs, imperialism, crooked teeth and much more. SPIFFING features a script that tackles more or less every ethnic stereotype associated with the English and the French throughout its short running time, and it does so reasonably “well”. The main character – Captain Frank Lee English – delivers the majority of the standout lines, whilst his momentary nemesis, Antoine Bonaparte, slings a few back with aplomb. SPIFFING is culturally insensitive throughout, and whilst it borders on uncomfortable, I recognize that the jokes are aimed at broad majorities: the English and the French. These jokes could be considered classically funny to some people, but won’t be to others. On the rare occasion that a joke isn’t relying cultural stereotypes, the script can be quite funny. There are some good one-liners and a lot of amusing pop culture references.

Much too short – I had barely begun to get up to speed with SPIFFING when I was disappointed to realize that it was all over. For starters, it’s bad enough that the game can be completed fairly easily in just over an hour, but the issue is compounded by the fact that the game feels so rushed in its latter half. There is at least one potentially interesting plot line (minor spoiler: the Biologist) that is completely absent, and there are several areas in Captain English’s ship that are severely underutilized. The final sequence is just about satisfactory, but the standard of puzzling by that point is much lower than it is earlier in the game.

Quite niche – I’m struggling to find a lot more to say about SPIFFING because it really is incredibly short and fairly one dimensional. The script relies upon the player having a good understanding of British humor and general knowledge of the kind of jokes that were made popular by Monty Python and similar classic comedies. If you don’t like either of those things, then you are probably going to find SPIFFING to be a waste of your time, even if it is only an hour. 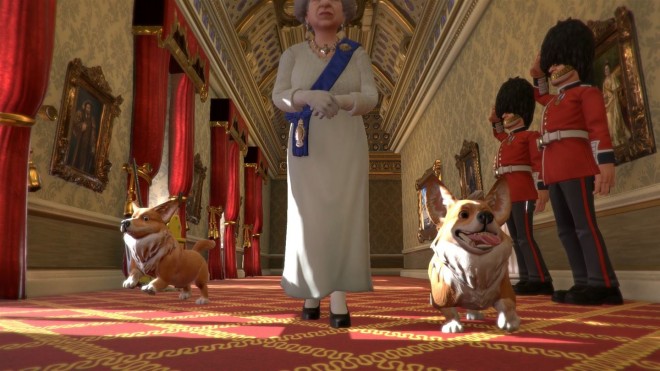 For the brief moment it lasts, SPIFFING is a great game with an excellent script and a fairly high standard of production. Unfortunately, it’s so short that it feels like a tutorial or a demo even. I’m known at XBLA Fans for commenting on game prices too often, but I can’t ignore the fact that SPIFFING weighs in at nearly $20, yet lasts for less time than a decent TV drama.

Her Majesty’s SPIFFING was developed and published by Billy Goat Entertainment Ltd on Xbox One. It releases on December 7 2016, for $18.49. A copy was provided for review purposes. 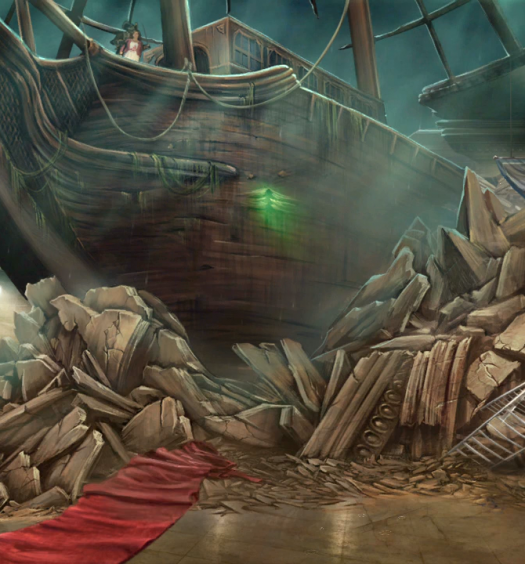