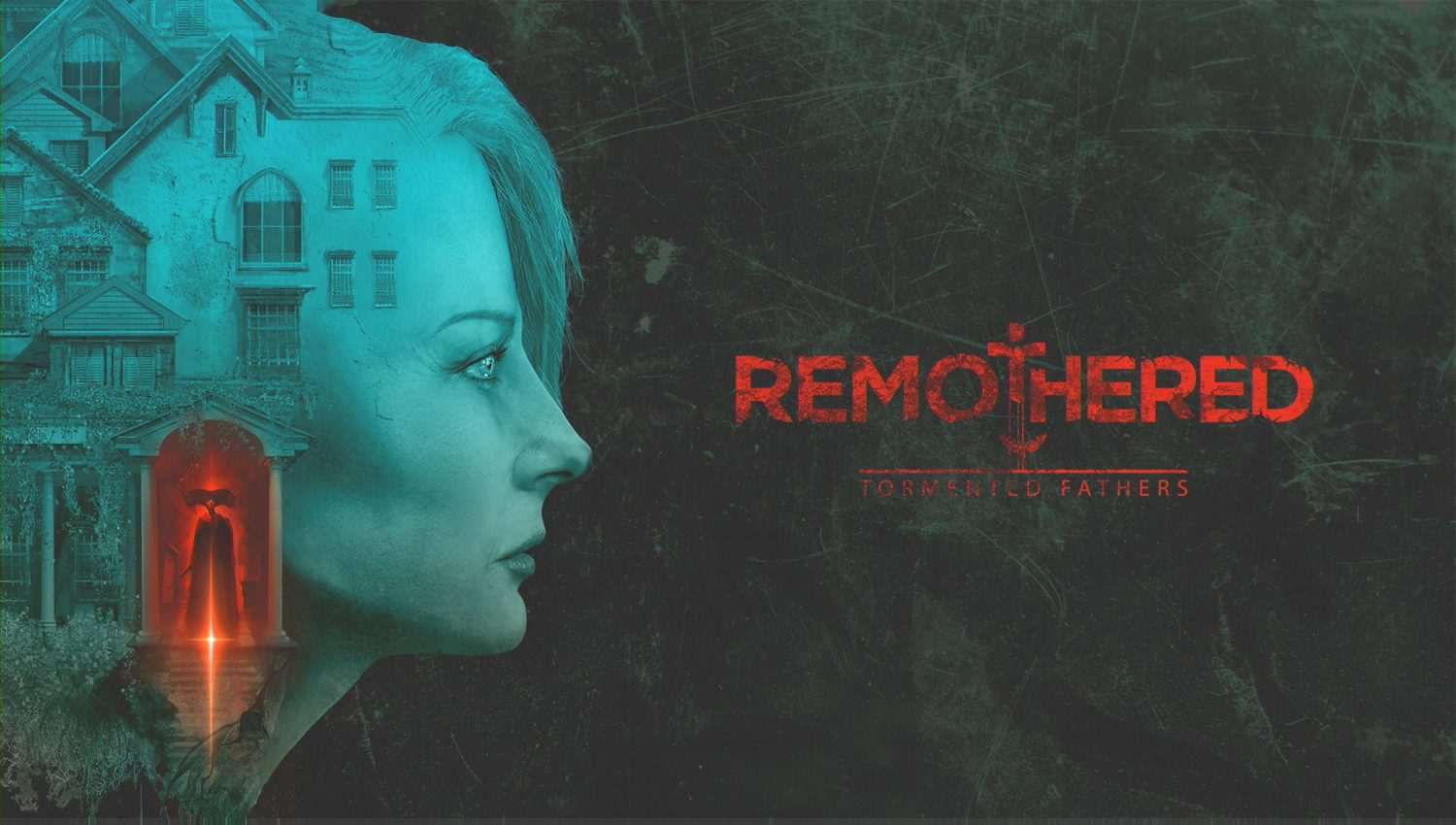 Remothered: Tormented Fathers is the first in a planned trilogy of survival horror games. If Resident Evil 7 and Alien Isolation had a child, this may be what it would look like. You’re stuck in a mansion, and you can’t kill what is after you. You’ll constantly be struggling to avoid the enemy and will find yourself running and hiding almost the entire game. While the graphics aren’t anything spectacular, they do add to the mood of horror. Sound plays an important role in utilizing footsteps and music to create a stressful experience. Turn off the lights, put on a headset, and enjoy the struggle for survival!

Atmosphere — Stuck in a creepy mansion? Check. So dark it’s hard to see things? Check. The borrowed ideas of all your favorite survival horror games are here. This is all about survival and not about killing things. You can’t “clear an area” here. Nowhere seems safe. A tremendous job was done on making the player feel uneasy and frightened for their lives. There are limited places to save your game, and it’s hard to tell how injured you are. You don’t pack around health herbs, in fact there is no HUD at all. Zero distractions here. You live and die by escaping. There are no phones to call for help, as the setting is during the 70s and the owner of the mansion doesn’t even have a landline. It’s a really scary setting, and the only people you’ll be calling are your friends and family for emotional support while the game is paused. 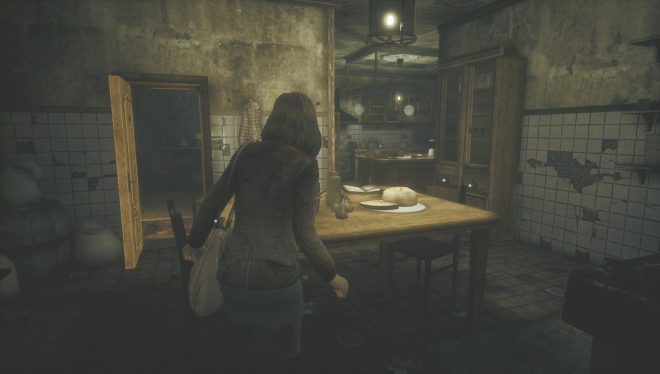 Music — The soundtrack was created by legendary Nobuko Toda. Her resume includes other games, such as Halo 5, Metal Gear Solid: The Phantom Pain, Lollipop Chainsaw and the Evil Within games. If you feel impressed by the music in the game, you now know why. A high level of creepiness can be heard, and the music becomes dramatic at just the right times. It’s used as a cue for when the enemy is lurking about and when they spot you. There is a particular sort of calm when the music dies down, and you know you are safe. For at least a few minutes. One couldn’t really ask for anything better.

Gameplay — What is done with how you play is done well. You can choose how you want to tackle different sections. Hiding and sneaking, or making a break for it. Distract the villain or wait until they wandered off in another direction. Hiding is a relief, and you’ll have to stay calm while doing it or else you’ll be discovered. Bursting through doors, opening them normally or opening them by first looking through it while halfway open creates great decision making. You can even tie a rope around a door to “lock it” from the murderer trying to get you, which is a fresh idea they should have done more with, since you can’t find rope often and never find yourself with enough time to close a door and tie it locked to make a difference truely. The game is not overly difficult. It balances between fair and still challenging. If you’ve played Resident Evil 7, you will remember the moments when Jack is wandering around looking for you early on in the game. The whole game is essentially this scene. When you think you’ve finally lost him, suddenly, as if he can teleport, he’s in your face again. This creates absolute dismay and dread, and you’ll likely have a few jump scares while playing. Also to progress, you must usually find an item that’s hidden somewhere around the mansion. This keeps things interesting and somewhat puzzle-like when you need to figure out what to do. 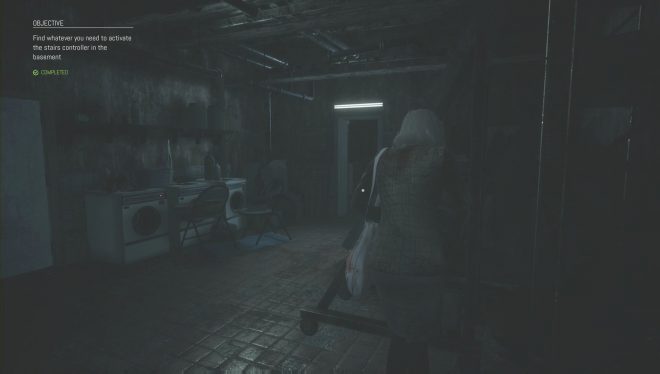 Game Length— The game clocks in at about six hours for the average user who doesn’t know where to go or enjoys exploring, while speed runners can complete it in under 45 minutes. You can get your satisfaction with the game without feeling like you put too much time or effort into it, but at the same time, it’s not over too soon. Being the first of a trilogy, we can assume the other two games will have the same protagonist and finish the story. It’s short and sweet (not really sweet, but you know what I mean). You’ll enjoy your time with the game, but be glad when it’s over. The Mansion is small but new areas open up, and it’s still pretty easy to get lost, especially when being chased around. It’s quite perfect in regards to playing time.

Story — You’re thrown into a nightmare that slowly starts to make more sense. There are plot twists, and while you think you have things figured out, you’ll suddenly be surprised that you were only halfway right. While not that easy to grasp, you’ll soon see everything unravel into clarity by the end of your journey. The most mysterious part of the story is actually the controller you’re playing. Pay attention, and you will discover who she really is. It’s such a fresh and unnerving realization when you find out that your character is perhaps not the innocent doctor you’ve been led to believe she was. While being a trilogy, you may figure it will end with a cliffhanger, but the beauty is that if you never play the next installments, you can feel quite satisfied with how this one ended. 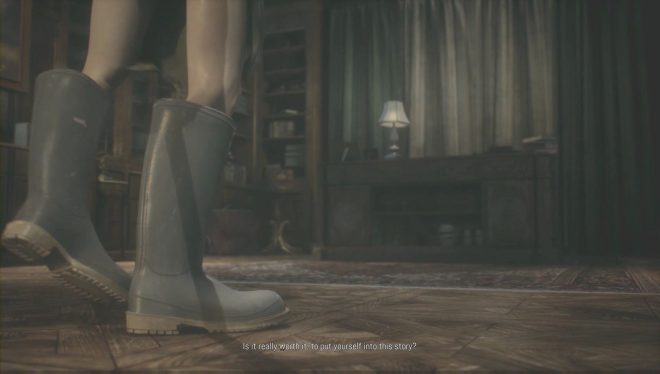 Diversions — Diversions are the game’s mechanic to help you try to survive. You can throw them at your pursuer or use them to distract them for a more stealth approach. Only later in the game do you really start using them more frequently (because you have to). The biggest problem comes with equipping them. You must go into the menu and select them. There is no quick D-pad shortcut to use. The game continues while you’re in this menu, likely to add to your struggle. However, it doesn’t feel smooth, and it’s easier to go hide. There is a way to upgrade your weapon, which is a one-use item, but it feels like a wasted concept. Upgrading never seems to help with anything except maybe buying yourself an extra second or two. 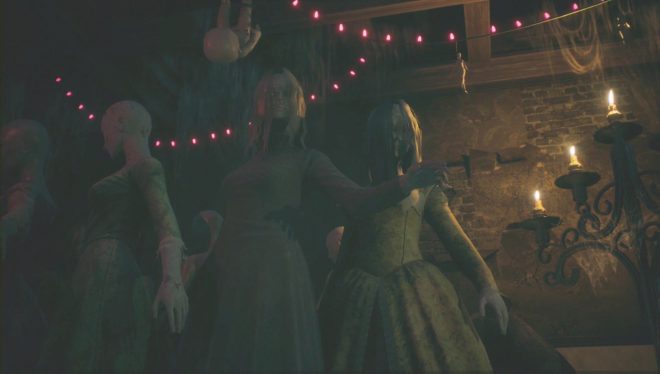 Interactions — While sometimes the difficulty of interacting with objects can help a game, here it actually impedes it. Often enough you will be standing next to something you have to interact with, only to be repositioning yourself over and over trying to get the icon to show up. Yes, it does create panic if there’s an enemy around, but it doesn’t feel planned or on purpose. At times it will work just fine, then at other times, you’re wondering what you’re doing wrong (but in fact, you’re doing it right).

Sound Effects: Don’t get me wrong, the sound effects are excellent. The problem is that even with an expensive headset on, the footsteps are not in sync with where the antagonist is. You really can’t get a good image of where they are walking because it’s just thunderous footsteps even when you’re a floor above them. Also, the character you control has high heels on and makes her own very loud footsteps. Why is she wearing them? Distinguishing your steps from an enemy is hard. This throws the usefulness of sound right out the window. Also, the controller vibrates way too hard. You feel like you’re controller is having a mini earthquake, and it’s very distracting. During a death sequence, you watch and can’t do anything, while your controller goes out of control. It didn’t really add anything besides annoyance. 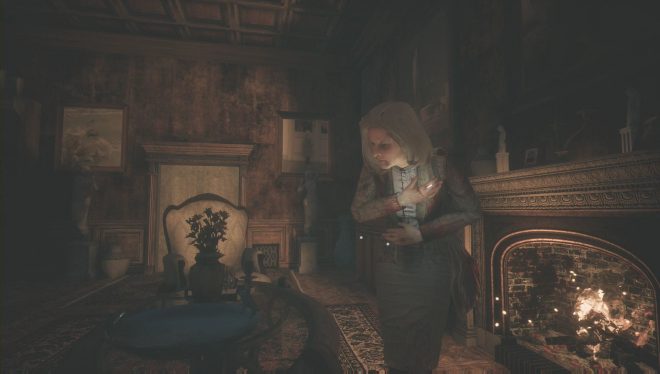 Remothered: Tormented Fathers is like the fast food of survival horror. It may be cheap and quick, but it sure hits the spot. With the sorrow of losing the ever amazing Silent Hill series until further notice, you can count on other games such as this to snack on. The story here is eerie, and the atmosphere is nightmarish. You get plenty of scares, and it’s a joy to play through the entire game to figure out where everything went wrong. While the game has some hangups with footsteps, interactions, and washed out brightness, it’s still a gratifying experience. There are so many more positives than negatives, and I highly suggest trying this one out.

Remothered: Tormented Fathers was published by Darril Arts and developed by Stormind Games on Xbox One. It was released on July 25, 2018, for $29.99. A copy was provided by the publisher for review purposes.