Resident Evil Revelations 2: Little Miss was developed and published on Xbox One and Xbox 360 by Capcom Entertainment Inc. It was released on March 17, 2015 for $4.99. XBLA Fans’ Michael Cheng purchased a copy out of pocket for review purposes. 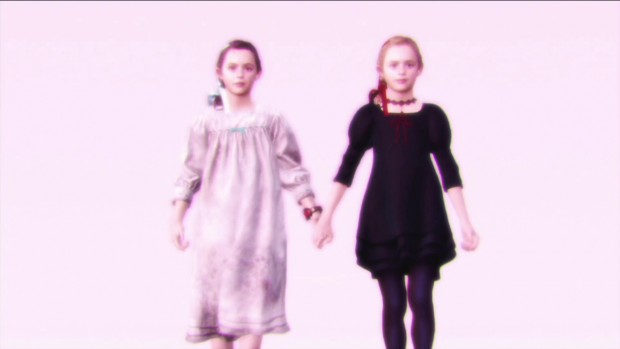 Little Miss is a Resident Evil: Revelations 2 side story that sees the character Natalia searching for her stuffed bear Lottie while being accompanied by a “dark” version of herself. At first glance, this story makes no sense and feels like it has nothing to do with anything in the game. In reality, the events of Little Miss are very important to understanding the Natalia character and uncovering why she is who she is, but the episode will not make sense until you play Claire’s campaign in Episode 4. If you did, you may have wondered why Natalia can see monsters through walls in the main campaign. I won’t spoil it, but you can infer the reasoning behind it after experiencing the Little Miss‘ final cutscene. It takes time for the events of Little Miss to sink in, but the results make the Resident Evil Revelations 2 storyline more in-depth and rewarding.

Playing through Little Miss, however, lingers on the tip of frustration and boredom. This extra episode’s specialty is a pure stealth scenario in which the player cannot fight back and automatically loses if spotted by a monster without given a chance to run away. Tack on some obnoxious psychological attacks by Dark Natalia, monsters with too high of a field of view and very limited ways of distracting said monsters, and you’ll have a very testing time. The gameplay is essentially trial and error, and some will question if the effort they put out was worth reaching the end of this episode.

I played through twice on Casual, so I can properly answer that question. The first time I was somewhat miserable, and the second time I blazed through most of it from remembering enemy locations. Is it worth replaying? Definitely not. Is it worth playing even once? Probably not. It’s a shame, too, since the storyline enhancement is worthy of the name Revelations.