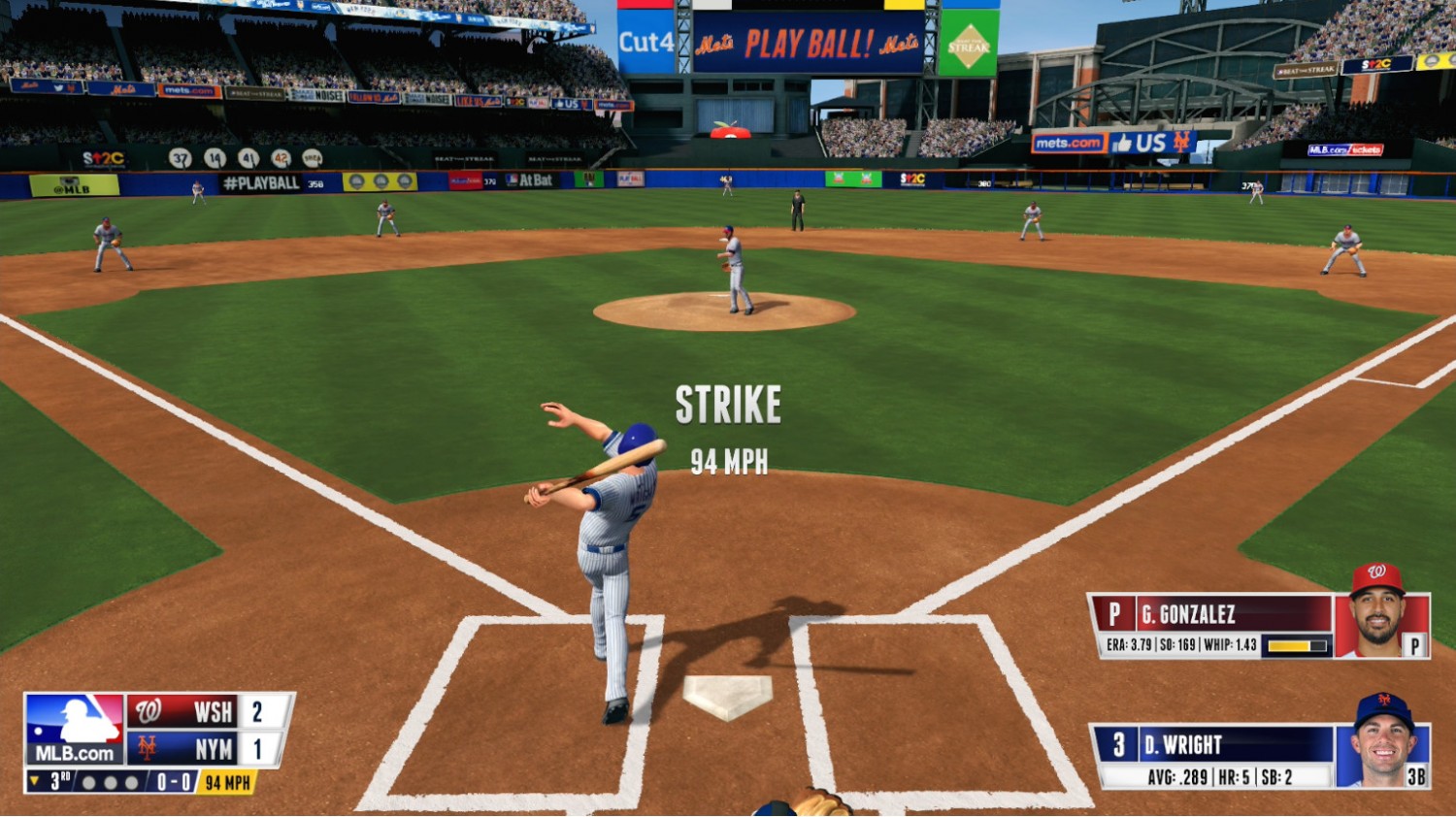 Another spring has brought with it a new baseball season and an accompanying installment in your favorite baseball video game franchise…or maybe your only choice. Major League Baseball options on gaming consoles have been generally limited but not quite as sparse in recent years. 2K Sports ended its go in baseball back in 2013. This leaves Sony’s exclusive MLB The Show series and R.B.I. Baseball on the field. R.B.I. Baseball 16 is the third installment in the latter, re-birthed franchise and sadly has not improved since the last one we reviewed, so this may come off as a bit déjà vu.

Presentation — R.B.I. Baseball 16 looks impressive for a sports game in its price range. Colors and textures are vibrant, and the overall presentation is pleasant. The announcer giving all the play-by-plays is a bit weird at first, but you get used to it quick; the umpires end up just standing on the field for show. The scale of players on the field is good, but I would have preferred the camera tightening in when certain moments got tense like trying to get someone out at a base. All the stadiums look great even though the engine the game is running on feels a bit outdated. The game runs smoothly with no framerate issues. 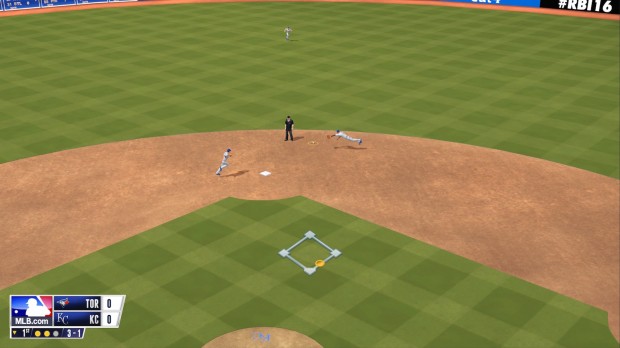 Barebones gameplay — Fielding is a nightmare in both the infield and outfield, especially if there are pop-flies. There’s no command to put emphasis on your players running to try to get there in time, nor is there any command to have them dive for the ball. You simply have to be quick about your wits: pick the closest player, hold the stick in the right direction and pray for dear life the timing works in your favor. It’s infuriating to have so little control and count on luck most times rather than the ability to strengthen your fielding skills through practice and eventually seeing some merit. Pitching is also a crapshoot, with barely any choice. All you can do is press up or down on the stick to select the type of pitch, blindly twist the stick when throwing and hope for the best after selecting from this limited array of moves. Moving your pitcher on the mound, meanwhile, is just comical, as he is just a still frame that shifts like an action figure being swayed back and forth by a five-year-old. Aside from going to the bullpen to switch pitchers, you can’t make any lineup changes once you start the game either. R.B.I. Baseball 16 features standard exhibition, season, postseason and online multiplayer, which worked fine without a hitch.

Weird AI— Sometimes you and the computer will be neck and neck with a staggering 0-0 score and then suddenly in the fourth inning the computer just slays you with five runs with its at-bats. Sometimes it goes the opposite way and things break in your favor, but I never played a single close game. I suppose maybe that’s why the game defaults to its mercy rule of instant game loss if someone gets clobbered by a difference of 10 runs. 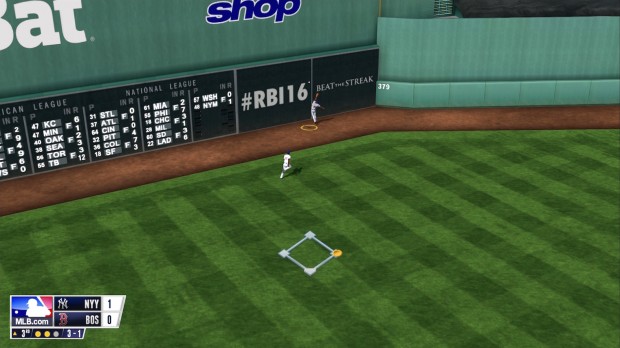 This is generally a painful experience. It’s painful to see the only MLB option on Xbox One flounder again for a third year in its new lease on life. I appreciate it having downloadable roster updates after launch, given all its other flaws, but that’s a standard feature in all sports games in this age of internet-connected consoles. I would say that a title with as many problems as R.B.I. Baseball 16 has no appeal, but for diehard MLB fans, it’s this or nothing, and at least the asking price is moderate.

R.B.I. Baseball 16 was developed and published by MLB Advanced Media. It was released on the Xbox One on March 29, 2016 and is priced at $19.99. A review code was provided by Major League Baseball. Click here for information on XBLA Fans’ new scoring system.

Read More
Snapping screenshots is on its way to Xbox One

Xbox One July update to begin rolling out