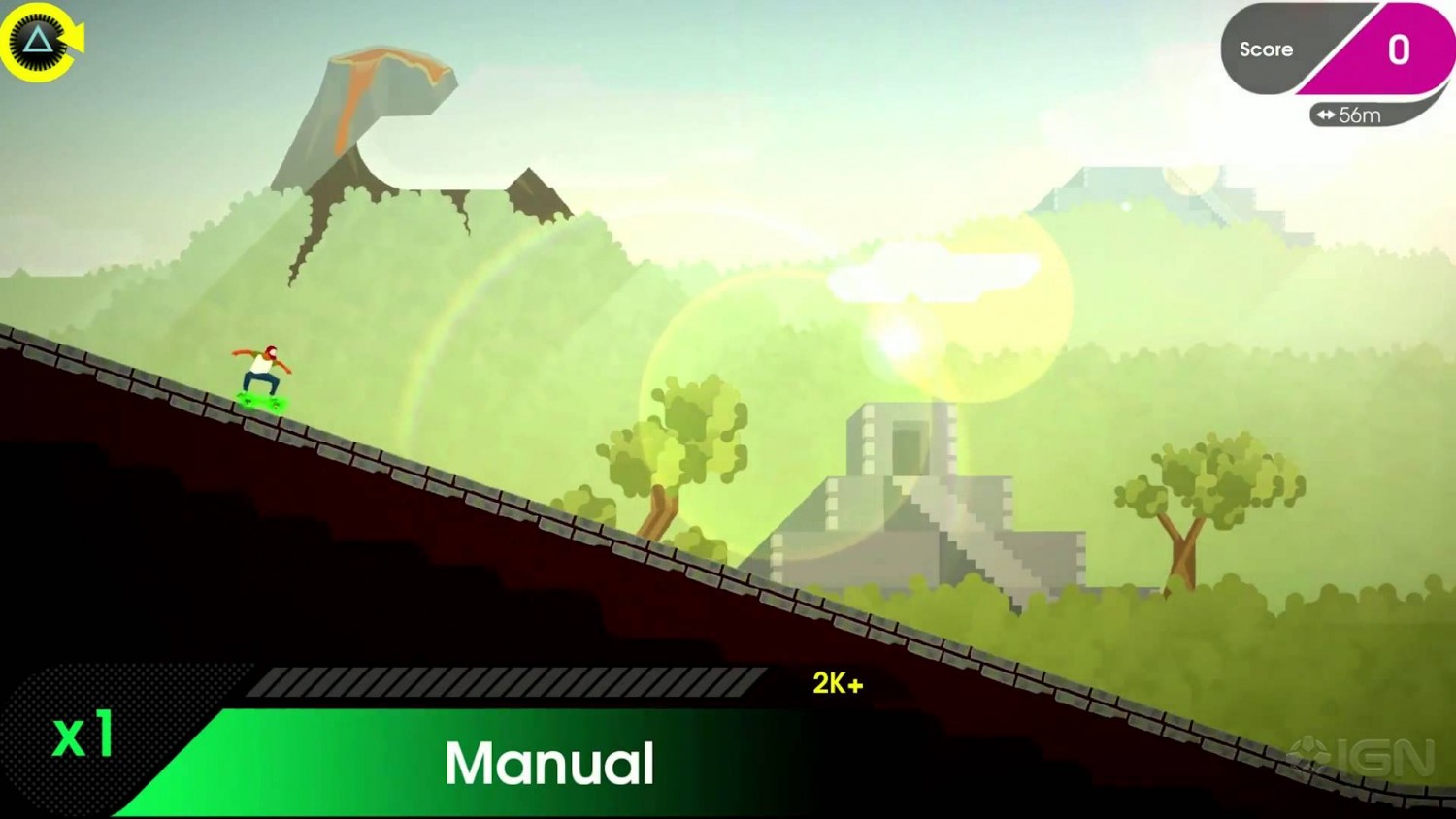 It’s been a year since Roll7 released OlliOlli2 on other platforms, and now Xbox One gamers are finally able to get their hands on the sequel. Once they are, your thumbs will shortly fall off. Don’t worry — you won’t want to call the ambulance.

Progress through failure — Roll7 knew what it had with its first OlliOlli installment: a slick 2D skate game that filled a niche. At its core, OlliOlli2 is a crossover between rhythm games (think Amplitude) and your typical skateboarding fare, with each of the 50 levels featuring a Tony Hawk-esque set of challenges. Some can be rough, but you don’t have to knock them all out at once. This is a very good thing because although you will repeatedly crash and have to restart, you can slowly peck away at each challenge with every one of those restarts, and every failure will teach you that you got a little too greedy with that last combo. Even if you crash, the game will check off any challenge achieved in a single playthrough — except for challenges that specifically require reaching the end of a level without crashing. The game also has a handy “Tricktionary” that is a go-to for remembering the button combinations for certain moves and keeps a tally on which ones you’ve successfully landed.

Challenging gameplay — Just like the first game, OlliOlli2 shoves a lot of tricks into one joystick, with a small handful incorporating holding the left or right bumper. It’s both impressive and a little frustrating. The tutorial levels easily law down the basics, and once you have the flow down in the first couple of levels, it becomes second nature. Your landings for certain moves produce colored sparks from the underside of the board based on how quickly you braced to land on a surface. If you hit the right maneuver just before touching the surface, like a rail to grind on, you’ll be rewarded with more points in your combo as well. Seeing green sparks fly from your board after landing perfect grinds, manuals and reverts is really rewarding; and certain challenges will make you obsessive by requiring nothing but perfect landings across a whole level. The aforementioned Tricktionary will be your best friend for challenges that require certain moves. Your dexterity might even surprise you when you land that one required combo you thought would be impossible.

Soundtrack — Game music is usually something I don’t focus on when reviewing, but OlliOlli 2‘s is notable to the overall experience. This is a game where it’s just you and the obstacle course-like levels, and the aforementioned predictability of crash and restart may tempt you to rage quit. The soundtrack of chilled-out electronic music always seemed to provide a relaxed vibe that helped me keep my cool when I was shooting for that million-point combo. 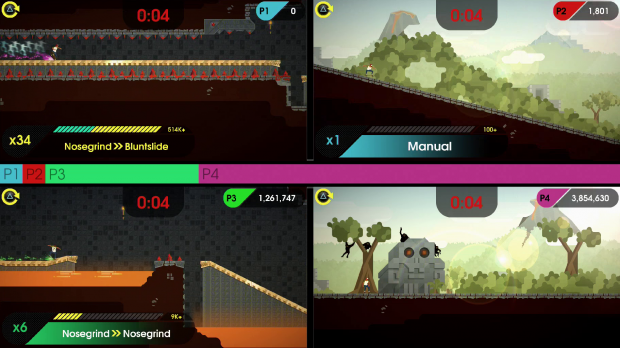 Lack of options — There are five different themes across the amateur and pro challenge levels. They’re bright, colorful and popping with personality. That aside, once you’re done with those levels there may not be a lot to keep you coming back. There’s a Combo Rush mode that is sadly restricted to local multiplayer. The OlliOlli franchise has a cult following, so a competitive online component would have likely thrived in this sequel. The Daily Grind and Spots are still here for you to leave your mark on leaderboards, but that’s about your only connection to other players. 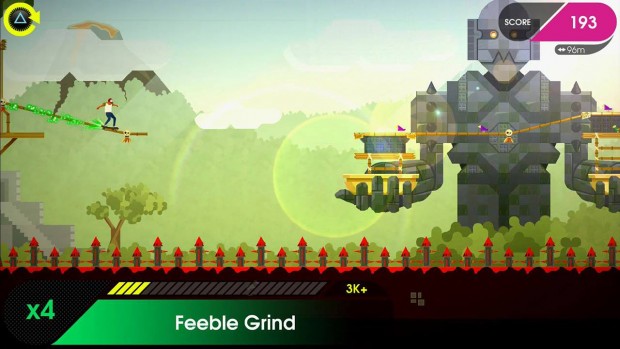 When it’s all said and done, OlliOlli2 is the finest skateboarding experience on Xbox One. This is a great accolade to have since skateboarding games have truly become a genre all their own since the early days of Tony Hawk’s Pro Skater almost 20 years ago. Olliolli2 is a game that’s there for you on any occasion, be it right after work when you want to blow off steam or moments where you only have 15 minutes before you have to leave the house — just enough time to cross off a few more level challenges.

Olliolli2: XL Edition was developed by Roll7 and published by Team17. It was released on the Xbox One on May 23, 2016 and is priced at $14.99. A copy was provided by Roll7 for review purposes. Click here for information on XBLA Fans’ new scoring system. 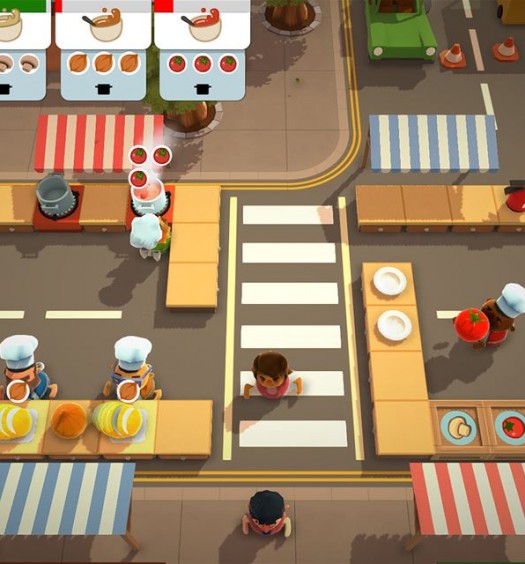 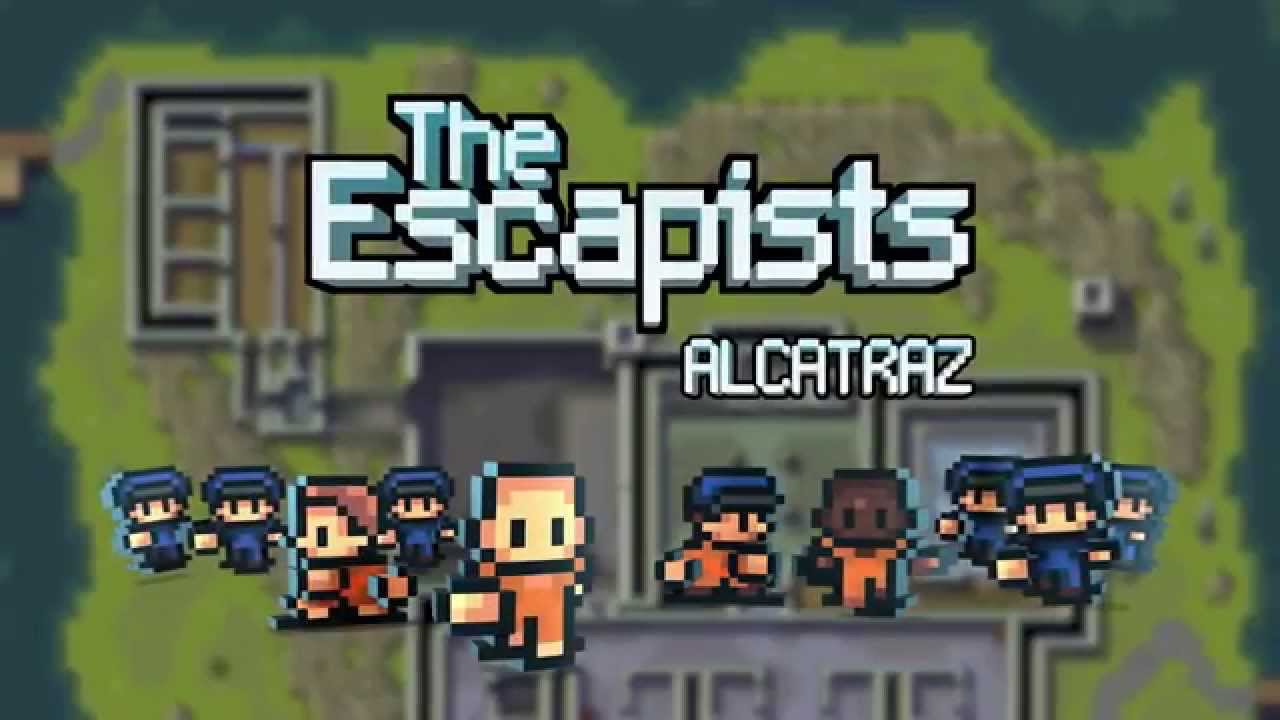