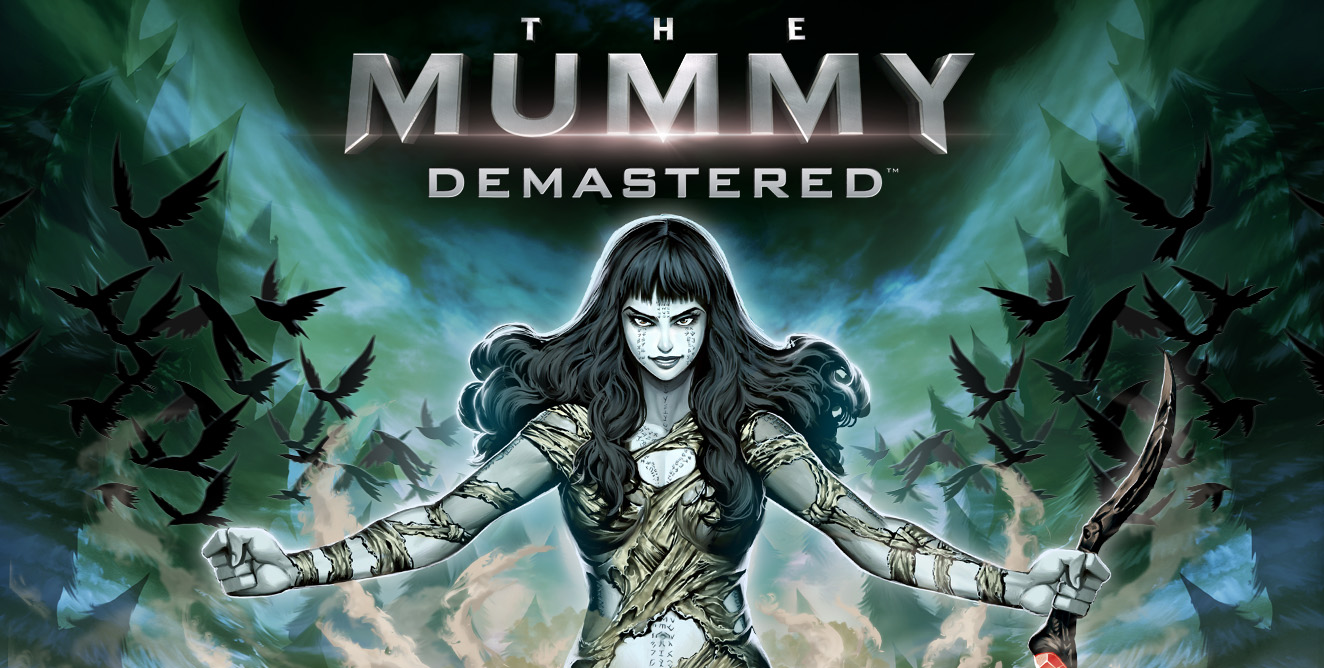 I don’t think anyone was expecting, nor asking for, a game based on Universal Pictures’ ultimately-panned summer blockbuster, The Mummy. Here we are months later with The Mummy Demastered, a 2D action game heavily inspired by Metroid, Castlevania and Contra by acclaimed retro developer, WayForward.

As a nameless soldier sent into the London Underground by the Prodigium agency, you are tasked by digitized Russell Crowe to find and take out Ahmanet, the titular mummy, who is ravaging London with her minions of undead, plague bugs and the like. Armed with a standard machine gun and a couple of grenades you scour beneath the city for weapon caches, health upgrades, and enhanced abilities to better prepare for Ahmanet and her supernatural armies. The formula is solid, yet the wrappings of The Mummy Demastered are somewhat messy. 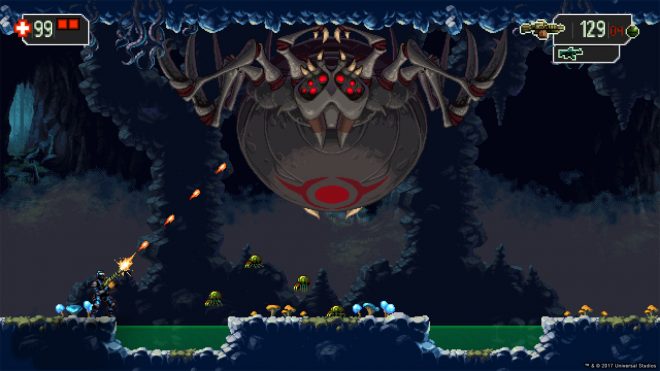 Contravania — Earning upgrades through exploration and enabling passage to new areas is the heart of this genre. Demastered does not stray from the formula. Doorways are often blocked and require upgraded grenades to destroy the barricades. Unlike many other Metroidvanias, the gunplay pulls from the aforementioned Contra. The stock weapon, A submachine gun fires fast yet is woefully weak compared to the special weapons scattered throughout the labyrinthine map. Special weapons like the assault rifle, shotgun, cluster rocket launcher and mercury harpoon aren’t supernatural like the enemies you’ll face, but for an ordinary soldier, they’re a believable and powerful arsenal. Enemies are everywhere and will get in your way, sometimes to a level that makes getting anywhere a pain. However, as your nameless character accrues more special weapons, the hordes of enemies are easily dispatched.

Being human — The ability to cling to ceilings, run faster, and jump higher are unlocked by collecting hidden scrolls and trinkets. Outside of some late-game upgrades, much of what Prodigium agents are able to do are decidedly not superhuman. Like Contra, you will die, and while there aren’t limited lives there are consequences that I’ll get into later. It all accentuates the battle of man against monster in a rather nice way. 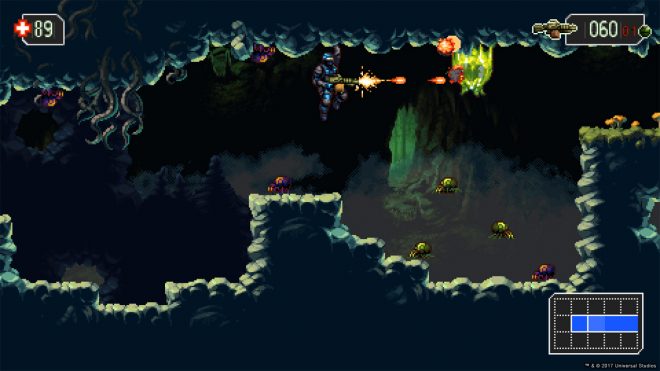 Keeping the spirit — The Mummy Demastered avoids retelling the events of the film and even steps completely out of Egyptian mythology to invoke a greater realm of mythical and magical creatures. Bosses are large, daunting encounters with a god of death or a massive scarab guarding a clock tower. Each fight requires learning the boss’ patterns and is rewarding to conquer. Yes, there are locusts and scarabs, but WayForward went out of the way to include flaming skulls, jarred brains and even dire wolves. Zombies also play a large, and conceptually cool, role. Whenever your character dies, they are resurrected in that spot with whatever weapon loadout you carried at the time, and you take over playing as another Prodigium soldier with no health or ammo upgrades and the default gun. The only way to recover that gear is to find and kill the shambling corpse of your former soldier that’s armed to the teeth. While it’s a neat death mechanic, there’s a deep flaw.

Army of the dead — It’s possible to grab weapons from ammo caches that weren’t being used at the time of death, but they are usually so far out of the way that it’s not worth taking the time to grab. Also, many places where you die aren’t friendly to a stripped down character. Even getting to your zombie to initiate a fight can be incredibly challenging as many of the corridors are flooded with enemies. A few hits by anything can kill you and create yet another zombie. As far as I can tell there isn’t a limit to how many of these player zombies can spawn from deaths. While I got lucky recovering my weapons against a wall of my past lives, it is very possible the situation can be an insurmountable feat early on requiring a futile grind or restarting the game altogether. 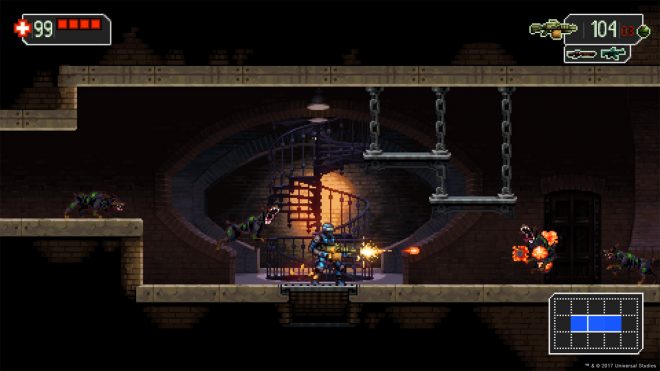 Fraying framerate — I wish the worst bugs I came across in The Mummy were locusts or beetles, but sadly they were the kind that drastically affected gameplay. About five times throughout the game I experienced terrible framerate drops that seemingly came out of nowhere. They would occur after playing for an extended period and got exponentially worse. The only resolution was to close the game completely. It caused many unnecessary deaths and made playing at points nearly impossible.

Stop, drop,… — This may be a nitpick, so I’ll keep this brief. Your character can roll from side to side, mostly to get under low ceilings. It’s an awful roll for anything else. In combat, the roll doesn’t make the character move much faster than running does, nor does it provide any invincibility to avoid or bypass enemies. There is a semi-replacement very late in the game that does phase through enemies, but it comes far too late and still has its downsides.

The Mummy Demastered truly wants to step out of the marred shadow of its source material and in some ways it does. It cleverly incorporates the essence of Contra to the well-established Metroidvania formula. However, the technical issues experienced throughout are hard to ignore. Along with the crippling setback of multiple deaths and a useless roll maneuver, the challenge presented feels close to cheap at times. Anyone looking for something along the lines of a Metroid or Axiom Verge can have fun with Demastered. Just know going in that this Mummy carries a curse.

The Mummy Demastered was developed and published by WayForward. It was released on October 24, 2017, for $19.99. A copy was provided for review purposes.

Shoot Many Robots blows away in the launch trailer

Read More
Shoot Many Robots blows away in the launch trailer 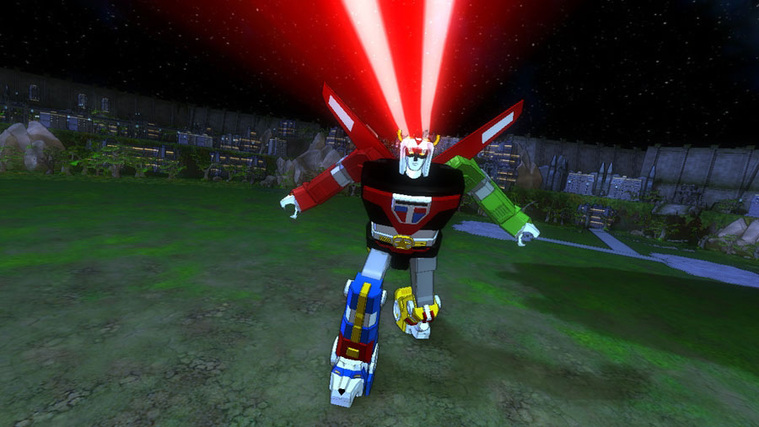