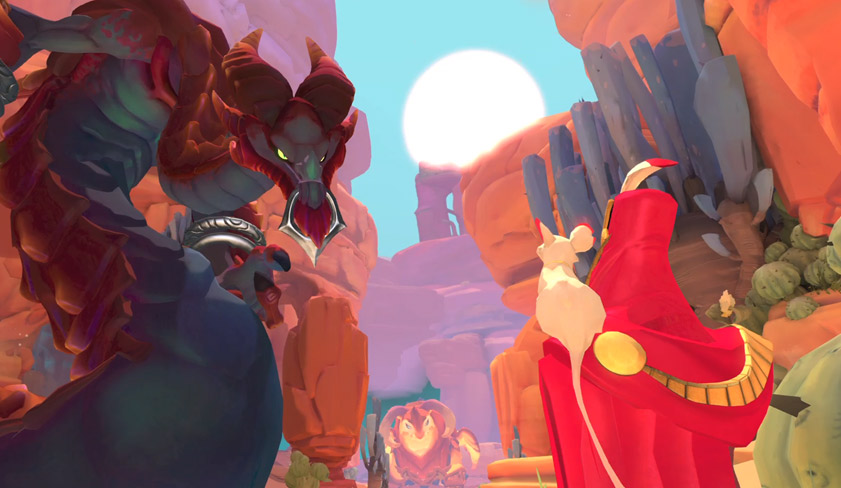 Upcoming free-to-play MOBA Gigantic has now been officially delayed to 2016. The 5 v 5 shooter where players fight alongside massive guardians, was set to release this holiday season on Xbox One and Windows 10 with cross-play functionality. Developers Motiga explained in a recent blog post that the delay has come as a result from player feedback during the closed beta testing.

“Motiga is committed to making Gigantic a great game, and we’ve established deep connections to our community to help us do just that. We’ve received lots of valuable feedback throughout our testing phases, and as we reflect on the things we must accomplish to meet the expectations we have set for ourselves, it is clear that we need to move the launch window for Gigantic into 2016.”

Sadly the move has also resulted in some job losses for the studio as resources are stretched.

“Unfortunately this change in schedule has meant Motiga had to make some difficult decisions this week. As a pre-revenue startup, our resources are finite. Stretching Gigantic development milestones over more time requires that we stretch those resources in the same fashion. As a result, today Motiga has had to lay off 16 employees at the studio. All impacted employees are receiving severances and job placement assistance.”

However, Motiga stresses that it remains committed to delivering Gigantic and hopes to share an updated roadmap soon.