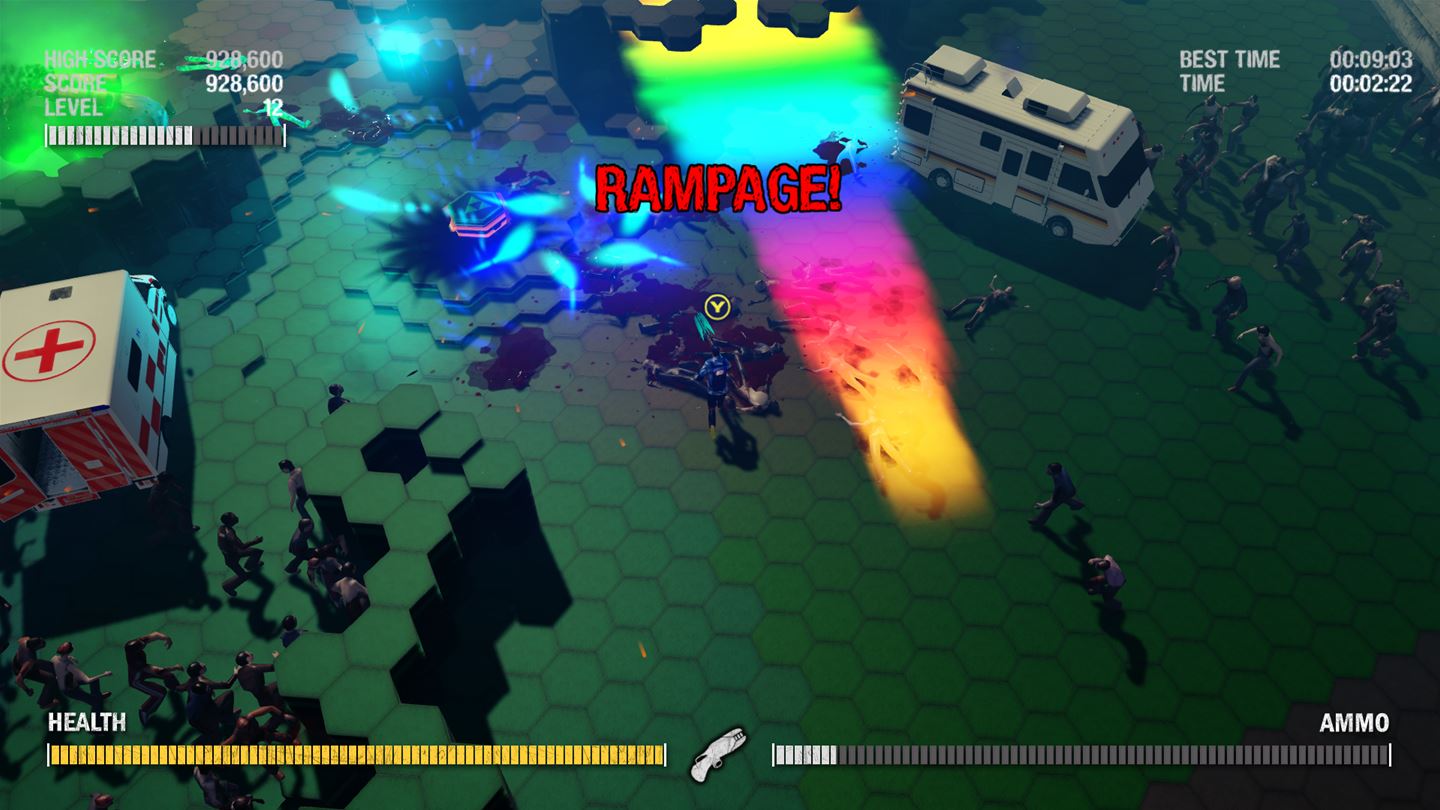 Oh dear. Oh dear, oh dear. There’s no other way I can write it, so I might as well get straight to the point; #KILLALLZOMBIES (or KAZ) is a twin stick arena shooter that feels about as thrilling as watching paint dry. In fact, one of the benefits of watching paint dry is that usually, it only has to be done once before you can reap the benefit of your recently painted room. In KAZ, you’ll be repeating the same tedious chore over and over again for as long as you can bear it.

And what a tiresome chore it is as well. In KAZ, one or two local players (there is no online play) run around a generic arena shooting at generic zombies with a range of guns that vary from the utterly uninteresting (pistols and shotguns) to the much more interesting (plasma rifles and such.) As they kill more and more zombies, they gain levels and upon pushing the Y button, can choose one of four perks that might grant a new weapon, a health upgrade or any of a myriad of other benefits. A modicum of variety is introduced as the players progress further, and inanimate objects begin to fall from the sky to obstruct the battlefield. Upon death, the process will typically restart with nothing carried from one play through to the next, but occasionally the game is generous enough to grant the player(s) a better starting weapon. 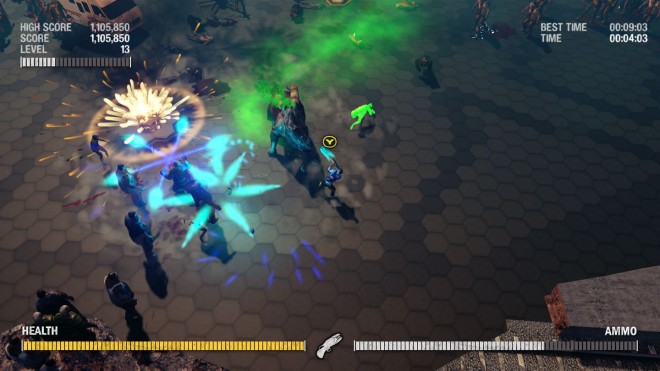 Fun for a while – Yes, KAZ is fun for a while. In the same way as the amateur decorator is filled with excitement at the prospect of transforming his tired living room, a burgeoning KAZ player will begin with high hopes of varied arenas, choke points, challenging run and gun gameplay and brutal but exciting deaths. Sadly, these things never materialise and after two or three hours of repeating the same, dull activity of running around in circles until I was overwhelmed, I had simply had enough to last me a lifetime.

Local cooperative play – One of the best things about having close friends is that you can inflict your misery on them. Sometimes this happens indirectly as you seek sympathy from them whilst pouring your heart out about that lost love, or the one who got away. Then there is the direct kind of misery you can inflict on friends. The kind of misery caused by making them play games like KAZ. In the local cooperative modes (of which there are two) you can either team up to run around a generic arena shooting zombies, or you can enjoy a half-baked tower defense mode that has the players defend a vault using both their own weapons and a range of sentry guns. I should mention that this mode is also available in single player, but the vault is large and hard to navigate around, so playing solo is both impossible and infuriating.

Stream of semi-consciousness – Perhaps the most interesting, albeit poorly implemented, feature of KAZ is the integration with Twitch, and the options it unlocks for players and spectators. Setting up Twitch for use with KAZ isn’t detailed in the game in any meaningful way, so assuming that you actually get to it, the people watching you play can mess with the game by using hashtags. Considering that this is one of the dullest games I’ve ever played, I honestly can’t imagine what would possess people to want to sit and watch it, but hey, the feature is there nonetheless.

Very dull, very soon – I feel like I’ve laboured this point quite strongly, but for the avoidance of doubt, KAZ becomes extremely boring, extremely quickly. Where there are brief moments of excitement or interest (for example when you discover a new weapon or perk) they rapidly break on the rocks of tedium and disappointment as yet another wave of generic zombies shamble towards you without a second thought for variety.

Lack of variety – On that note, I think the intention that KAZ‘s makers had was to introduce range by having the hex based arenas become the method for adjusting how the game plays. Unfortunately, having a few thousand grey hexes that can form rings around the player, or rise up like a wave to kill zombies is pretty unexciting. The arena is nowhere near “alive” enough to feel like it matters. There isn’t enough chaos and mayhem for the arena modification element to feel like fun. Meanwhile, the zombies are all just generic walkers with the occasional tougher big guy and very infrequent boss fights that are barely any more interesting.

Missing essential modes – No online play at all, no campaign mode, no four player local play, no “be the zombie” mode, no competitive multiplayer and not much positive to write about the modes that are present. It feels to me as if KAZ is missing a lot of content that I would consider to be the “bare minimum” for a game that is this simplistic. I mean, Smash TV had a lot more content than KAZ does and that was on 8-bit consoles like the NES. 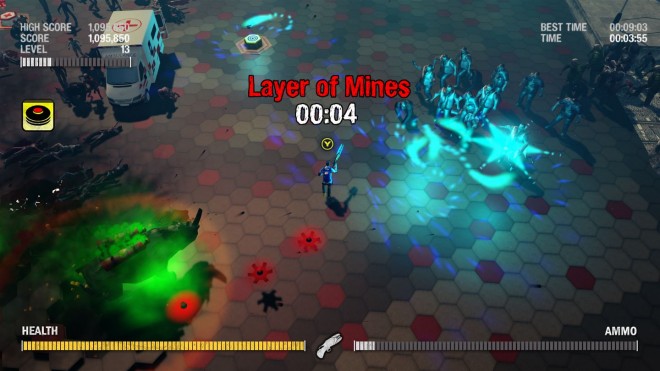 KAZ barely scrapes into the Limited Appeal category on the basis that it is mechanically sound, somewhat playable for a short period of time and quite cheap. It’s unquestionably dull and incredibly repetitive with very few redeeming features. But it doesn’t feel like it is maliciously or deliberately bad, and it’s definitely not broken. Proceed with caution if considering a purchase, though, because you can definitely invest in better twin stick shooters. Then again, if you simply must have one featuring zombies and unlimited repetition, then this one could be for you.

#KILLALLZOMBIES was developed and published for Xbox One by Digerati. It was released August 10, 2016 for $11.99. A copy was provided by Digerati for review purposes. 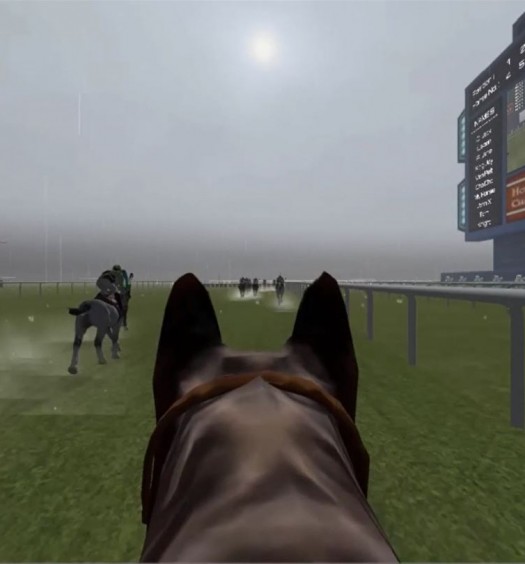 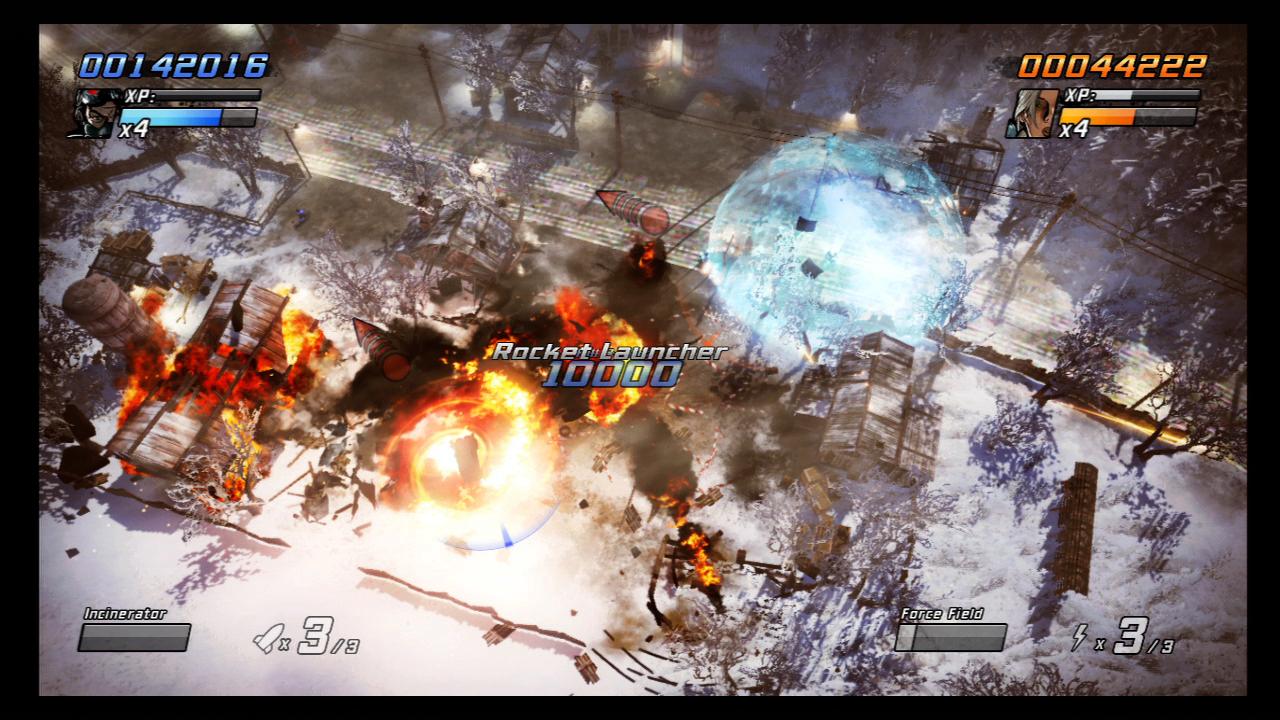