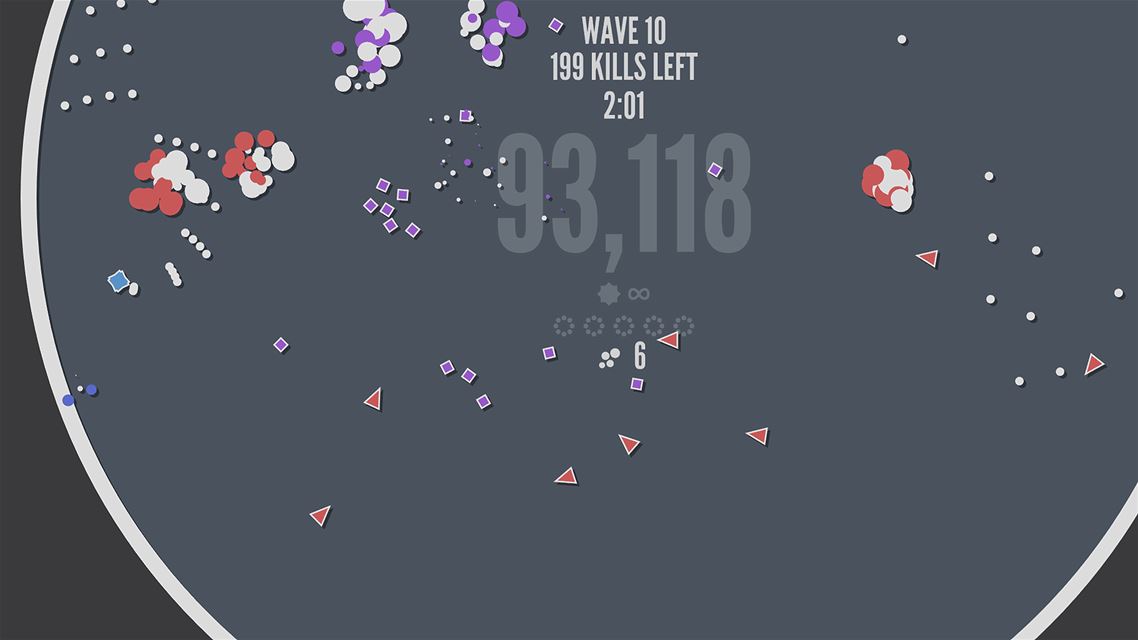 Polychromatic enters the marketplace at a time when there has probably never been so much competition. Gamers are literally swimming in shoot-em-ups of all kinds, ranging from the sublime to the absolutely appalling, so I was certainly curious to find out what Brushfire Games’ new game was going to do to differentiate itself.

The good news is that it is different. Polychromatic features a minimalist art style that blends efficiency, simplicity and flair in almost equal measure. The whole game takes place in a single, circular arena finished entirely in grey, whilst the player character and all his enemies appear in the form of small, individual shapes, each of which represent a different threat that must be effectively identified and memorised to ensure long term success. 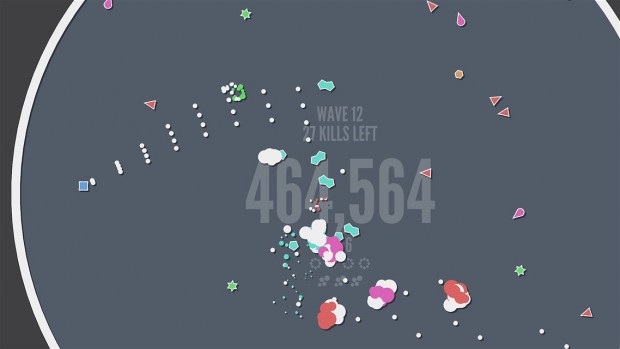 Vision — I’m not often a fan of minimalism, mainly because I find it boring. In Polychromatic, however, the basic grey circle in which the action takes place offers the perfect contrast to the hectic, multi-coloured combat that follows. Score, current level and other key info that would usually be found in a HUD sits right in the middle of the circle, so the player has access to all the info they need. The only drawback to this style of presentation is that when things get really, really bonkers on screen, it does become genuinely challenging working out where the blue square that you’re controlling sits among the hundreds of other floating shapes.

Keeping it simple — Complementing Polychromatic‘s style is the gameplay, which offers three modes: Endless, Timed and One Life, all of which are perfectly self-explanatory. In each of these modes you’ll shoot the same white dots at the same set of multicolored shapes, each with its own quirk or attack pattern. Some enemies hang around the edges and shoot back; others chase the player directly. Some don’t do anything much at all. Destroying enemies in bigger and bigger numbers unlocks the next wave, and so the cycle goes on for as long as you can stand it. It’s a simple premise that works really well for what it is. 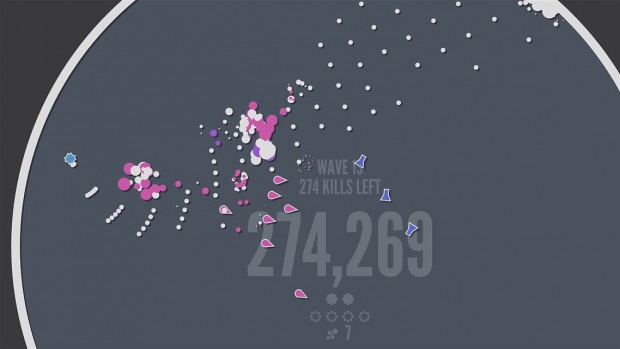 Boring — I said earlier that minimalism can be boring, and in the end, that’s a problem that Polychromatic eventually suffers from too. It’s cool for a while — maybe for 10 minutes, 30 minutes or even an hour — but sooner or later you’ll get bored. It’s a fun game with a decent premise and a nice, unique feel, but it’s nowhere near as addictive as other, equally simple games such as classic puzzler Tetris, for example.

Steep curve — The main issue with Polychromatic that I ran into time and time again in multiple runs was that of a kind of unfair and random difficulty spike that would occasionally occur with a new wave of enemies. Sometimes, the enemies that spawn can be quite mundane for wave after wave, then all of a sudden, you’ll be faced with two sets of particularly challenging enemies at the same time, which require fundamentally different tactics to defeat (for example, snipers and swarmers in the same wave.) To combat this somewhat, the game includes two evasive responses — the classic “smart bomb” and a kind of “escape pulse,” which blasts your cube quickly in a chosen direction. The former is useful, the latter disorientating and in the heat of battle, more often than not, it’s suicidal rather than useful. 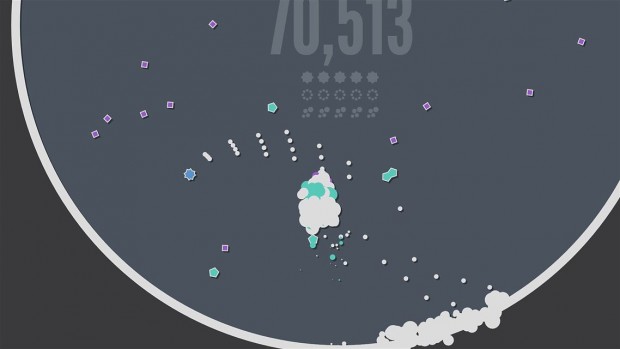 Polychromatic is a fun game for a short amount of time, but most players are likely to get bored within 15 minutes of booting it up, at the very most. Others might persevere longer, and some might even become fans, but I wouldn’t expect those people to represent the majority. If you enjoy shooters, Polychromatic is well worth trying, and I certainly applaud Brushfire Games for the approach taken, but the result is perhaps just a bit too repetitive, a little bit too quickly.

Polychromatic was developed and published by Brushfire Games. It was released on October 2, 2015 for $9.99. A copy was provided Brushfire Games for review purposes.