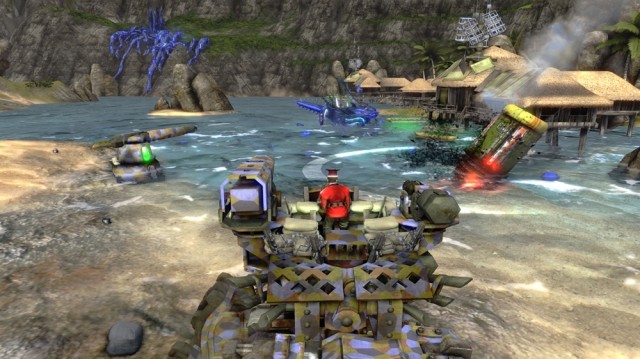 If you haven’t managed to pick up our 2011 Game of the Year Iron Brigade formerly Trenched, now would be a great time. On the marketplace, the game’s price has been reduced from 1200 to 800 MSP, a great value for such a stellar title from the folks at Double Fine. You could even throw in Rise of the Martian Bear for the original price of the game! The reason for the reduction is for an upcoming Steam version coming out on August 13, so they decided to reduce the XBLA version. There’s even promise of new content coming but who knows when that’s coming or if they’re pretty busy with The Cave but we’ll keep you up to date but grab this deal if you haven’t already picked the game up!