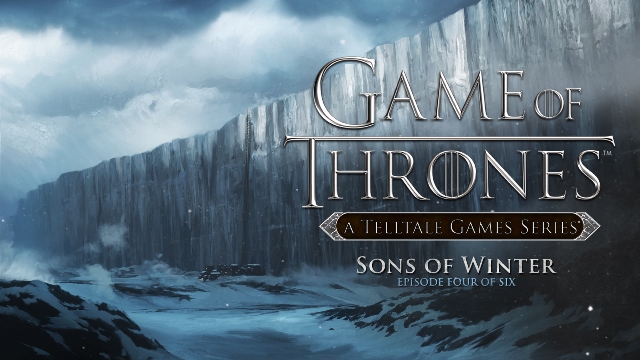 Game of Thrones Episode 4: Sons of Winter review (Xbox One)

Game of Thrones Episode 4: Sons of Winter was developed and published on Xbox One and Xbox 360 by Telltale Games. It was released May 26, 2015 for $4.99. A copy was provided by Telltale for review purposes. 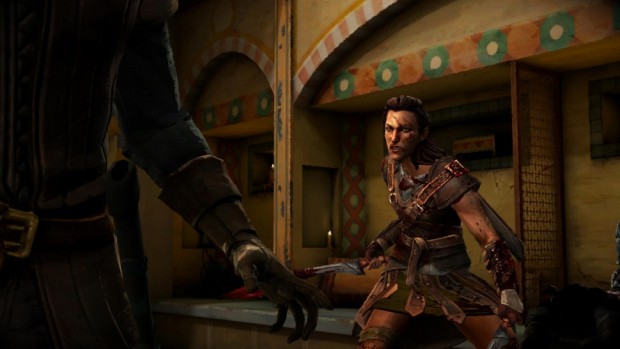 After the disappointment of Episode 3, I’m incredibly relieved to say that the latest episode of Telltale Games’ Game of Thrones series is something of a return to form, and is arguably the best episode in the series so far. There is more action in this episode than the previous three combined, and most of the featured character storylines progress in more interesting ways as they break free of the TV series’ major characters and plotlines.

Sons of Winter is the first episode in the series that really allows the original characters that Telltale has created begin to shine. Despite a somewhat contrived start to the episode, we do finally see Gared (and friends) heading out beyond the wall to find the North Grove, whilst at the same time Asher finally meets Daenerys Targaryen and agrees to assist her in assaulting Meereen in order to win favour to progress his own plans. Back in Kings Landing, Mira’s story is the shortest this time but it is perhaps the most interesting, as it features only original characters and therefore carves out its own tale very nicely. Rodrik features in a sequence of scenes that culminate in by far the most exciting individual confrontation in the series so far.

The action sequences and plot scenes in this episode are very strong, but not completely without fault. The usual stuttering, shambling technical issues that have marred every Telltale game are as persistent as ever, and whilst there are perhaps three huge, exciting decisions to make, there are at least two or three more that show that the Telltale approach to dialogue is wearing thin. On one occasion, the Night’s Watch seems intent on executing Gared regardless of what action the player takes (and in spite of all evidence and reason) whilst elsewhere, The Mother of Dragons seems oddly hostile and, on on occasion, unusually resistant to reasonable thought.

I’m now hopeful that Telltale is steering the Game of Thrones series in a really interesting direction. I’m excited about visiting the North Grove, the possibility of Ashers’ return and what influence Miras’ political meddling will have. Most of all, Rodriks’ tale leaves us with something of a cliffhanger, and I can’t wait to see if he can steer the good ship Forrester through another tense meeting with Lord Whitehill.