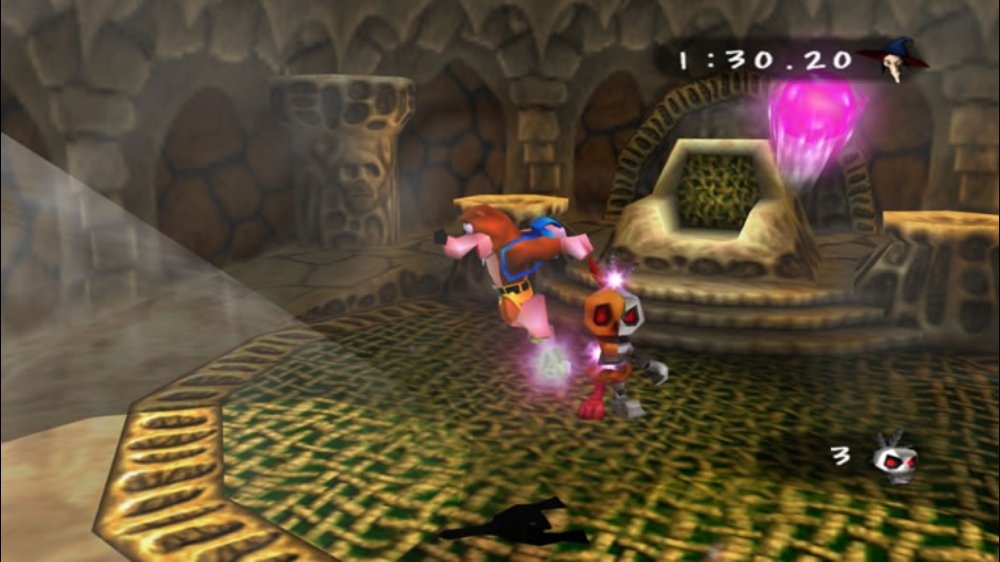 So, what we want to do here is to convince you that there are games on XBLA that deserve your attention, based on their current full price in MSP. We’re here to say carpe diem – seize the moment – and you won’t regret it. All of the games in today’s list offer the highest quality gameplay available on the platform (in most cases better than a lot of AAA boxed releases) and at the same time, great value for money due to their replayability factor.

In no particular order of priority: 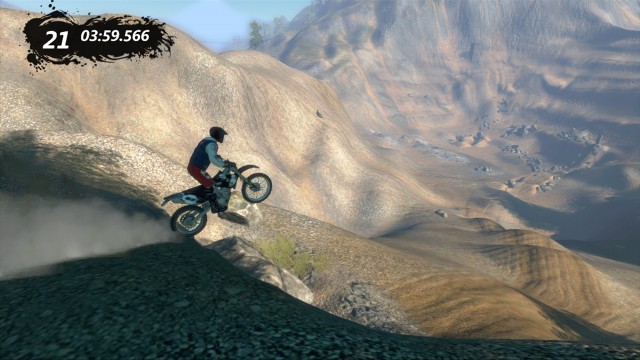 Trials Evolution (TE) is the most recently released game amongst today’s picks and has enjoyed around a million sales to date. The XBLA Fans team absolutely loves this game; so much so that we felt compelled to add more entries to the “Here’s what we liked” section of our review than in almost any other title we’ve reviewed! TE is a big game that looks fantastic, has completely believable physics, features an absolutely huge amount of content and keeps things fresh through what is probably the easiest-to-pick-up yet most comprehensive level editor in any Xbox 360 game. Briefly,TE includes hundreds of readymade tracks across several difficulty levels (all of which feature ghosts from others on your friends list) as well as a completely new multiplayer race mode. Another new addition allows full customisation of each rider’s outfit, helmet and bike, whilst the track editor is better realised than ever before due to a new sharing system.

Because of its recent release and extremely strong sales, TE isn’t likely to drop in price anytime soon, so based on the 1200 MSP selling price, this game is already an absolute steal. Why are you even still reading this? Go and buy it, now! 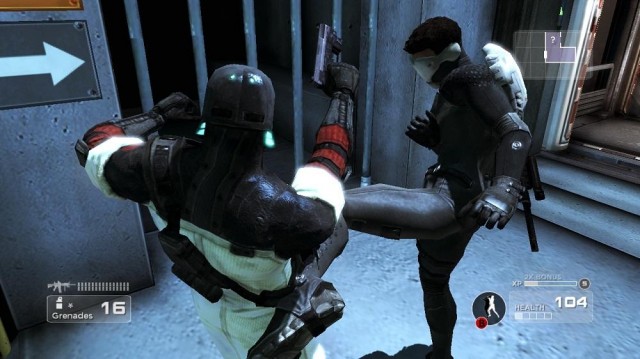 Although Shadow Complex was released in 2009, it has certainly stood the test of time and has been on sale perhaps only once or twice in its whole life, despite often appearing in various top ten lists. SC just had to be included in our list because even the most talented (or least thorough) player will enjoy a minimum of around ten 10 hours of adrenaline-fuelled action in order to complete the game. Those who take the time to enjoy everything that the game has to offer – the richly detailed story, the huge replayability factor, the awesome graphics and the fact that from start to finish, SC gives every impression of being a full price boxed release – will get even more out of it.

Whilst SC lacks the infinite creation factor of TE or Minecraft, it most certainly makes up for that with high octane thrills and an extremely polished feel, whilst still weighing in at a very reasonable 1200 MSP. 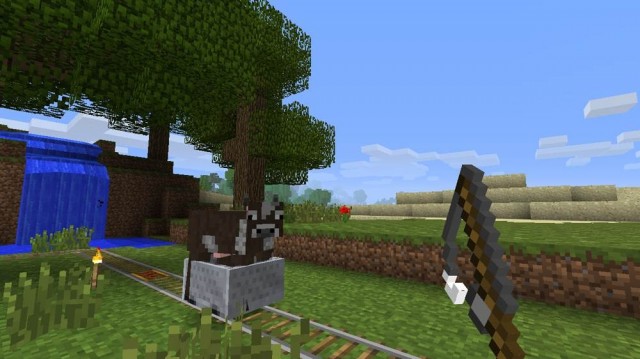 Minecraft is the most costly game in today’s list at 1600 MSP and rightly so, because this is arguably the most expansive game available on the Xbox 360, boxed or not. We know a few people are going to say that Minecraft was once available for nothing on PC, or that it’s not everyone’s cup of tea. That’s fair enough, but for anyone who ever picked up a Lego brick with more than just a passing interest or can find themselves engaged (or obsessed) by simple, amusing and perhaps slightly repetitive tasks, Minecraft could have a similar effect as crack cocaine. Mojang have also committed to periodically upgrading Minecraft to include new features and modes – a promise which they have already began to see through by introducing the creative update.

There really isn’t anything to say about Minecraft which you are unlikely not to have read elsewhere, but almost every member of staff here at XBLA Fans loves Minecraft, and I’d hazard a guess that all those who play regularly have clocked in excess of 50 or even 100 hours. At 1600 MSP, that’s a lot of game time for very little money! 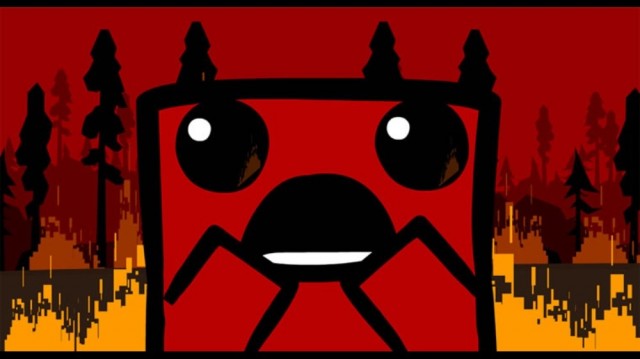 Anyone can make a super hard, mega-punishing puzzle/platformer that maximises pad-throwing incidents, right? Of course, and XBLA is home to many of them, but only a select few retain a level of accessibility that makes them truly fun. Super Meat Boy (SMB) is without a doubt the most successful game of this type and could probably be described as one of the earliest XBLA megastars. That said, despite having been available for a couple of years now, SMB has been discounted only once in a fan appreciation sale. This is definitive testament to the pedigree and strong sales which SMB has; let alone the quality of finish, the highlight of which is the sublime control system.

Another 1200 MSP title that has received at least multiple completely free level pack updates (with around 50 new stages in each), SMB is another title that every single Xbox owner should have in their collection. 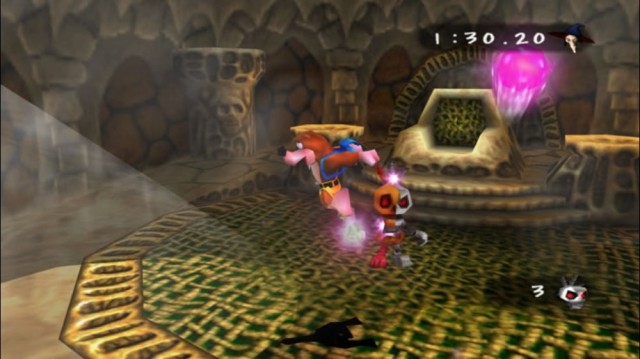 Banjo Tooie (BT) was never popular. The N64 version sold badly despite scores of around 90% (and above) from the absolute top magazines of the time, so it should come as no surprise that the XBLA remake didn’t sell especially well either. So why should you spend 1200 MSP on it? Well, the answer is simple. It’s no secret that Microsoft acquired Rare specifically to recapture the magic of its trio of 64 3D platforming games, the best of which was BT. They made a faltering attempt in Kameo, but between that and Banjo Kazooie: Nuts and Bolts, it’s clear that the world will never see another 3D platformer that has quite the same wonderful feel and easy charm as Banjo Tooie, unless it comes directly from Nintendo themselves.

BT features 10 huge stages connected to a hub level that is in itself pretty large. Each of these areas features an astonishing amount of things to see, do, collect and kill, as well as a new move or attack for Banjo or Kazooie to learn. On top of all that, there are a few boss stages and other bits and pieces to keep you busy for what is likely to be over 20 hours of adventuring, even without uncovering every single collectible. Even if BT were a smaller game, like any other platformer, we’d still recommend it. This is a game that comes from another time; a time when games burned more slowly, expected epic commitment both in terms of time and ability, but trudged on steadily like a Sunday afternoon movie.

You should buy Banjo Tooie: it’s superb, important and epic and something that we will never see again in gaming. All yours for just 1200 MSP.