The humble shoot ’em up or shmup as the cool kids like to say is one of the earliest genres of video games. Most people, even non-gamers, would be able to identify Space Invaders and would have probably even played a few themselves. In recent years, however, the focus of any new entries in the genre have been heavy on having a bullet-hell focus with insane difficulty levels keeping shmups as a niche category. Xenoraid, on the other hand, seems to wants to change that.

Set in the year 2032, Xenoraid depicts the first ever space war. Earth is under attack by a small alien raiding fleet, and starfighters are improvised by arming existing spacecraft with machine guns, auto-cannons, missiles and experimental weapons. Gameplay combines classic shoot-em up action with a more modern upgrade system, procedurally generated missions and some roguelike features. A nice idea on paper but will it actually drag the genre out of enthusiast only oblivion? 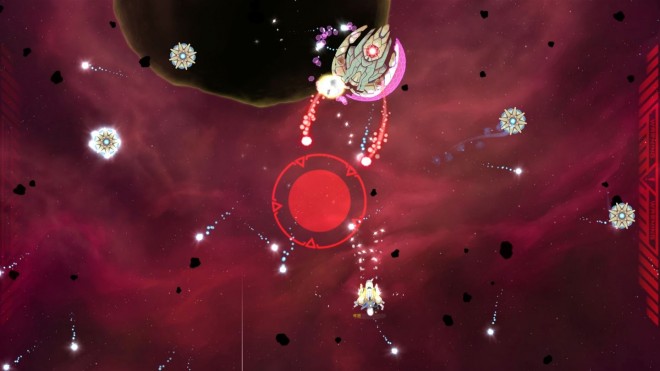 Great 4 play – Rather than starting Xenoraid with a set number of lives, players are given access to four different fighter jets to switch between. Each ship has a different loadout, consisting of RT primary fire and a heavy secondary LT fire option. Players will need to manage ammunition to an extent, as heavy ammo is limited to a set number each level and primary weapons can overheat with continued use encouraging you to switch ships mid game. This can be done swiftly by pressing one of the four colored buttons on the Xbox Controller and your new ship and pilot is flown in for you in mere moments. Between the levels, these four ships can be upgraded in the tech lab using credits which are earned after level completion, or if you suffer heavy damage then they will need to be repaired or even replaced. There are numerous different styles of ships to choose from with new more advanced ships unlocked after each chapter in the campaign. There’s also an element of strategy here as Xenoraid doesn’t allow saving between every level. Instead, the game checkpoints every on every third round meaning your upgrade choices stay with you until you die or complete the entire chapter. Better choose wisely then!

Pretty Presentation – Certainly Xenoraid‘s graphics are one of the standout features of the game, using an unusual combination of flat comic book style spaceships on top of the more traditional laser light-show of bullets seen in most shmups. The result is an eye-catching display which really shines on a large TV screen. Between battles, we’re given a bit of background story via a short comic strip scene. It’s fairly basic and will hardly win a Pulitzer, but it does succeed in drawing you deeper into the campaign mode setting the game above a straight coin-op arcade shooter. The game’s soundtrack doesn’t quite match the same standard of graphics, however, being fairly bland and unmemorable, but it’s inoffensive enough to not offer any problems either.

Phone a friend – Xenoraid also comes with an offline multiplayer mode for up to four players, with each player controlling one of the four ships all at the same time. Players can team up with a chum or three and play through both the campaign or endless survival mode. The difficulty doesn’t appear to scale and the game seems to be much the same if you are playing single player or multiplayer, but it’s a nice option to have. 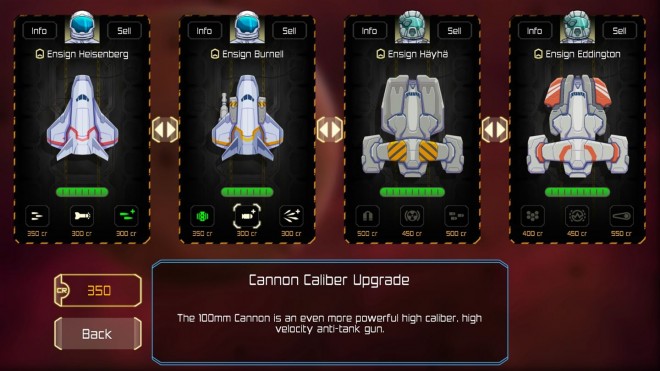 Very familiar enemies – Whilst the game delivers on giving us a variety of player ships to use, it fails to do the same for the enemies. Most alien crafts look the same and use similar attack patterns. As the game progresses so too does the number of these on the screen at any one time, but increasing the numbers of the same enemy doesn’t necessarily increase your fun. It would have been better to have seen more enemy types introduced at each stage rather than just more of the same repeating attackers.

Tough economy – As much as I enjoyed the variety of unlockables and upgrades on offer, I, unfortunately, spent most of my credits repairs. After the first chapter the game’s difficulty really ramps up and any damage to your ships must be repaired if you want to progress further. Unfortunately, repairs are expensive and credits are tight. Whilst the game never delves truly into a bullet hell nightmare, it still requires lightning reflexes to avoid damage. But if you only just scrape a win on one level, you’re unlikely to be able to continue on much further on the next and you can kiss goodbye those shiny upgrades if you actually need to purchase any replacement fighters. I’ll put my hands up and admit that I wasn’t personally able to complete the full game, but according to Xbox achievement rarity stats, only 3% of players have managed it so far. 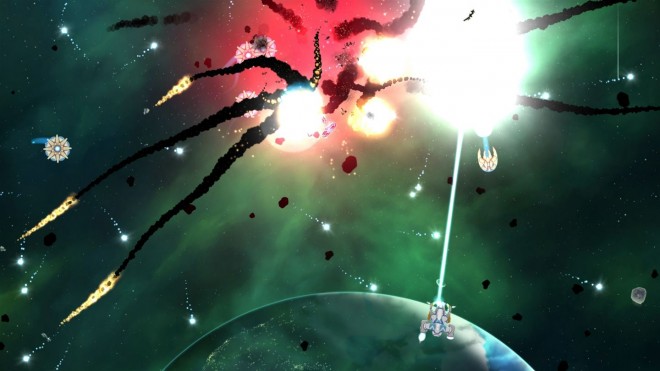 At first glances, it feels like 10tons tried to do something a bit special and make Xenoraid the shoot-em-up that would open up the genre to new fans. Its contemporary graphics are eye catching, and the upgrade system, at least on a superficial level, seems interesting and new. However the tough difficulty level and expensive upgrade economy lock out most of the fun for newcomers, still managing to keep Xenoraid solidly for the hardcore crowd only. Functionally, the game plays fine, but with the lack of any real variety of enemies game to make it interesting for more experienced players, and we now have a bit of an oddity that’s not particularly accessible to casual players and is unlikely wow diehard shmup fans either who’d be able to find similar, yet more compelling, shoot-em ups elsewhere.

Xenoraid was developed and published by 10tons Ltd. on Xbox One. It was released on November 8, 2016 for $9.99. This copy was provided for review purposes.