Set in the future, you play as Axo, who pilots a powerful ship. You are aided by deities who lend their power. As you fly through missions, you’re able to switch weapons at will. There are three total and also three colors of enemies. Based on your color matching, you can do more damage, charge your ultimate, or drain them to replenish your shields. Pawarumi plays exactly like an arcade game from many years ago. It’s a “shmup” that gives a 3D feel to an overhead camera angle. Every level has a boss to defeat and there are a few different difficulties, each giving you different endings. It’s short but you’ll likely need a lot of practice in order to succeed in the harder difficulties. If you enjoy bragging rights, there’s also a leaderboard to show your prowess.

Intriguing Setting— Mixing ancient Aztec culture with a futuristic sci-fi setting screams unique. Using the powers of gods to blow away enemy ships while a catchy metal-electronic soundtrack plays in the background is near perfect. I don’t know how to describe it, but it’s what you’d think ancient music would sound like if combined with some of today’s stuff. I have never played anything in this setting. It’s bold and fresh feeling. Kind of a what-if scenario. It left me wanting to know so much more about the world and what has transgressed over the years.

Gun-play — What do you expect from a shoot-em-up game? I expect near-miss deaths and bullets everywhere, while enemy ships are exploding from my deadly arsenal. What’s a little bit different here is that it’s color-based. I’ve seen this before in other titles, but instead of just destruction you can also heal and power up your ultimate. The only confusing thing is matching these colors to pull it off. I’ll go into more detail about that later. While the concept is great, it wasn’t something I could get used to. The weapons are extra cool because they are animal-based gods. You can switch the colors a will to decimate your foes. Each color has a different feeling attack. The coolest of them is the red jaguar. The animations are as if the animal was swiping at the enemies with claws. It’s very cool but I wish there were more options.

Lack of Content — I suppose if you want to blow through a game because you don’t have a lot of time on your hands, this would be perfect. There’s not much to do. You play through a handful of levels, each with bosses, and that’s it. You must do this in one sitting and can only replay levels after you’ve beaten them in a practice mode. The levels aren’t very long and I imagine a good player could beat the game in under an hour. Different difficulties are present, and they also add one extra boss to hunt down. It may remind you of something you’d play in an arcade, however, there are no continues. Once you’re dead, you’re starting over. There is no upgrade system, no alternate attacks you can purchase or obtain, nothing. Progress is non-existent. You have the exact same setup the entire playthrough. This was a huge missed opportunity.

Rock, Paper, Headache — While the weapons themselves are quite awesome, your memory is in high demand to pull things off. Remembering what weapons drain versus having double the damage is almost too much. The only easy one is knowing the same color gives you shield. Other than that, even only being three choices, it’s a bit rough to memorize what does what. Maybe if you played for a very long time you could get the hang of it but even after a few runs I was starting to just shoot without really thinking of how the combo was affecting the battle. The enemies rush into the scene and vary in color frequently. The ultimate power combines all of them into a bland display of white bullets. Sure, mixing all three colors is supposed to create white. Trust me, I checked. You’d think a magical display of rainbow would be more appealing to look at. It’s a small thing to complain about but I thought I would mention it.

What Story? — One thing that can really turn a game around is the story. With a spectacular tale that intrigues you, you’re able to look past something that screams mediocre. Pawarumi has an interesting setting, but that’s about where it ends. You’re hunting members of the Council, and there is no heart involved. It’s just a basic story you’d find in an arcade game from the ’90s. I guess the goal was to make you relive those days. I’m disappointed because the awesome setting of a futuristic Aztec was wasted. There is no explanation of how things are. You just happen to be piloting the strongest ship in the universe that doesn’t end up feeling that overpowered. It could have been a story about revenge. Maybe Axo’s parents were murdered for others to gain power in the council and she’s seeking vengeance. There’s lots of better ways the story could have panned out.

There’s a giant void of content that is hard to overlook. It’s a fun shooter that falls short on delivering an experience you’ll be wanting to have again and again. You must beat all levels in one go to beat the game, and there are only a handful. You can practice them by themselves once you’ve unlocked them, but it seems redundant because they are quite short. While the premise is awesome, there’s just nothing more to it. You cannot upgrade anything or change your ultimate ability. It’s just too basic and doesn’t live up to a lot of things being released these days. I understand it’s more of a throwback to the old school arcade shooters, but even they seem to offer more. The story itself is a bit confusing and a bit hard to follow. It’s not a bad game by all means although it’s nothing that should be on your radar.

Pawarumi was published and developed by Manufacture 43 on Xbox One. It was released on July 24, 2019, for $14.99. A copy was provided for review purposes. 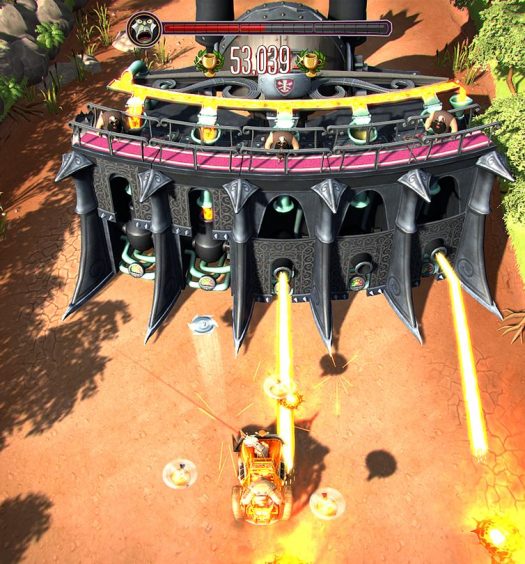 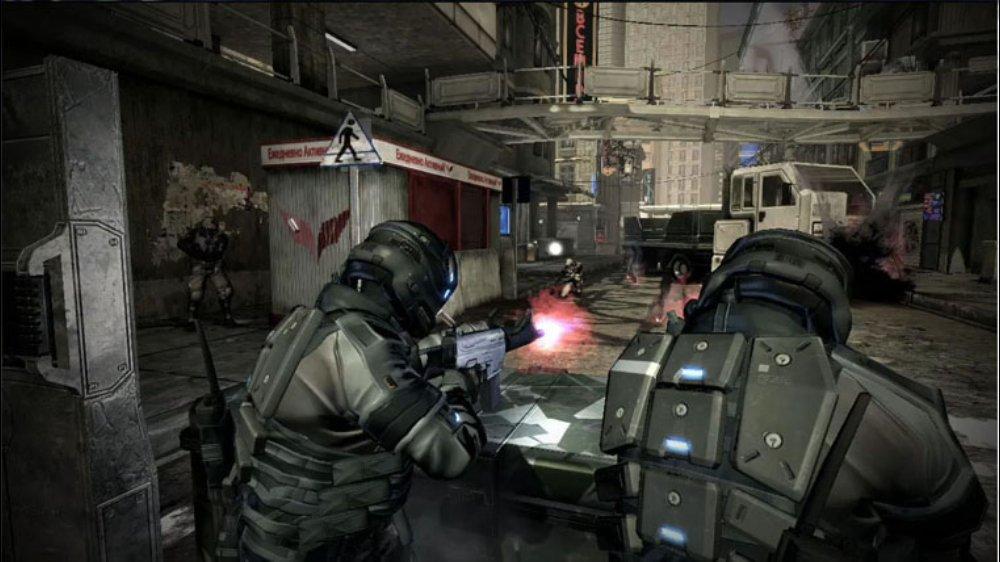 Blacklight: Tango Down goes down to 400 MSP

Read More
Blacklight: Tango Down goes down to 400 MSP
Top