Who says that America never gets all the best Japanese games? Japanese developer SNK, originators of the home and arcade videogame system, Neo Geo, have announced a console version of Trouble Witches, the hardcore arcade shoot ’em up full of cute witches, flowers petals, and magic. Hardcore shoot ’em up with flower petals? Trust us. It’s awesome.

And we’ve got the gritty details, the colorful screenshots, and the gameplay trailer to prove it…

Trouble Witches Neo is slated for release “this winter” for 800 Microsoft Points, according to the SNK Playmore USA site. The trailer seems to indicate that the full title of the game is Trouble Witches Neo, Episode 1: Daughters of Amalgam, which suggests that SNK plans to release future installments. The announcement comes right after release date and pricing was announced on another SNK port for XBLA: King of Fighters 2002 Ultimate Match. The US site also reveals that there will be 8 playable witches—one more than in the arcade. You can see the new witch (Sakurako) above, check out some gameplay footage in the video below, and scroll down for a ton of screenshots. Or you can visit the official Trouble Witches Neo website.

Aside from the new character, the XBLA version of the game will include score attack and boss attack modes, as well as worldwide online co-op. (Maybe we can get lucky and team up with some Japanese shmup expert to get us through this crazy game.)

We hope you won’t be able to get Trouble Witches HD for free by playing Modern Warfare 2. SNK’s games are too good to get ripped off again. 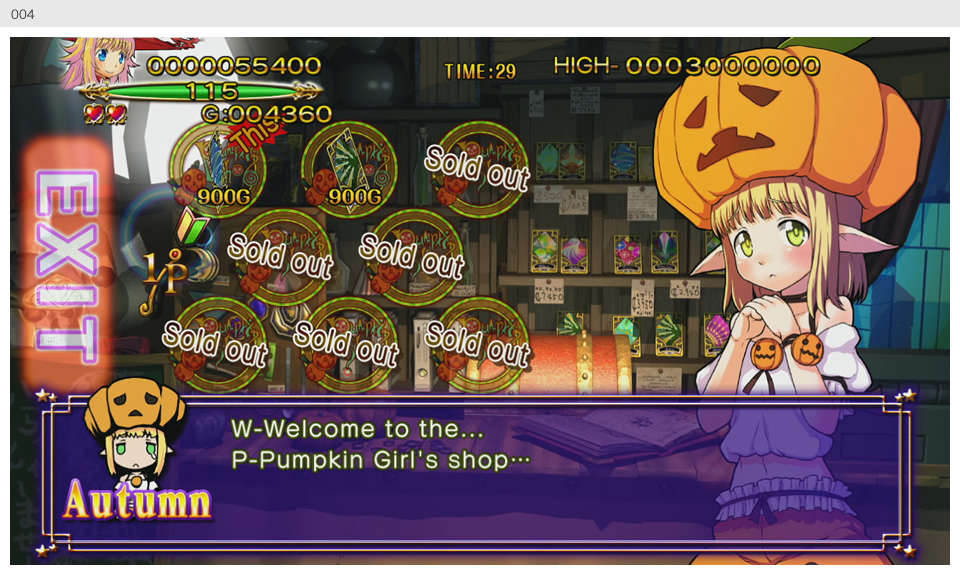