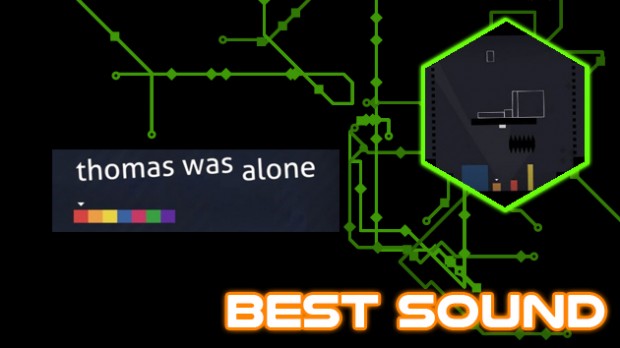 Sound is often the trickiest part of a game. Or a movie. Or a TV show. Or any media, really. Visuals are created to stun, to amaze, to jar you, whereas sound plays the ever-more-important role: to make you feel. Thomas Was Alone is a simple game, tasking players with controlling simple shapes with simple abilities to reach a simple goal. The visuals are crisp, clean and fluid, thus leaving a heavy burden on sound design.

And yet, Thomas Was Alone eradicates that burden with wonderfully orchestrated music, a mix of piano, guitar, violins and synths layered with an echo effect to convey your loneliness in this world. As you continue your trek, the music picks up with happier and catchier pacing as themes of uniqueness and cooperation fill your heart. Further compliments are to be extended to the dynamic British narrator, Danny Wallace. His voice, through tone and pacing, helps set many scenes and moods you experience. Every sound works flawlessly together to create profound senses of wonder, intrigue and teamwork. 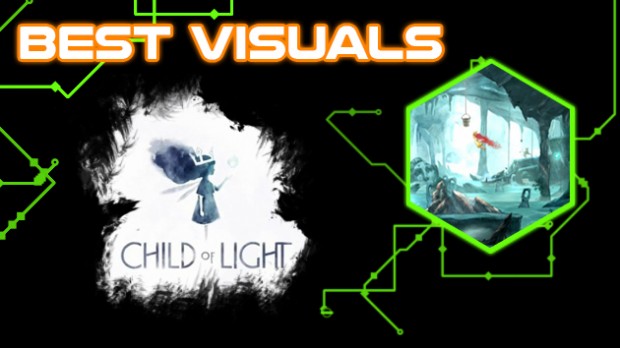 Video games are a form of art and expression for their designers and for the people who play them. Great visuals aren’t necessary to make a great game, nor will visuals alone won’t carry an otherwise mediocre game. But combine great visuals with great gameplay and you have something truly amazing and unforgettable. Ubisoft Montreal’s role-playing game Child of Light is a perfect example of when these two crucial game characteristics come together to create something magical.

Child of Light’s art director told Polygon that the team wanted to give “the impression of being awake in an underwater dream,” and it would be fair to say Ubisoft Montreal nailed it. Floating through the land of Lemuria as protagonist Aurora is like floating through an enchanted forest in a fairytale.

No detail was overlooked when designing Child of Light; everything down to the little orbs of light you collect are intricate and beautiful. Aurora battles a wide array of enemies during the course of the game, and each one has been meticulously thought out, down to the tips of their tails. The world is colored in majestic blues and purples, perfectly fitting for a dark, yet somehow inviting world. Child of Light is a dream, and like all dreams, you will be disappointed when it ends, and you have to return to the reality of your daily grind. 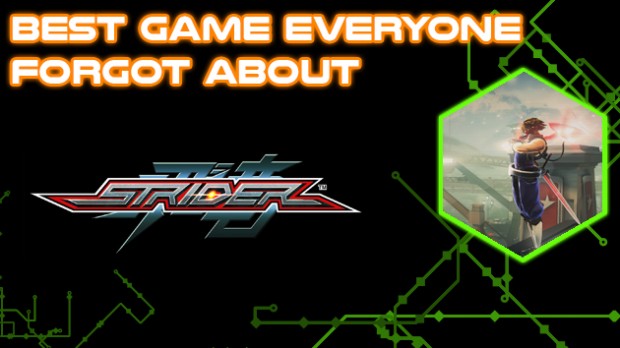 The beginning of any year is an unfortunate time for a game release; even if a game was a non-stop thrill ride of high-octane robot-ninja action, its memory will soon be buried under months of newer releases. Strider braved the battlefields of early 2014, daring to deliver justice and awesomeness during a period devoid of game releases. With such sleek gameplay and so many epic boss battles, it’s a shame its memory didn’t stick around longer. I for one totally forgot this game even existed, and I reviewed it.

Strider is an action side-scroller with a blistering pace. You play as Hiryu, a futuristic ninja who runs, flips and climb across the environment with ease. Thousands of enemies will be sliced in half, unable to hinder your momentum. Fighting is fluid and fast, made all the better by a constant stream of new powers. Hiryu’s journey begins with a fight on the back of a giant robotic dragon, and it only gets crazier from there. You explore a massive Metroidvania-style world and defeat everything from powerful martial artists to man-made planets. The game does an amazing job at increasing its own hype levels, making it an exciting ride from beginning to end. More so than any game I have played this year, Jackbox Party Pack fills the room with an unbridled sense of joy and laughter. There is something truly special about a game that can bring together multiple generations of gamers and non-gamers alike and get them to interact with each other in fellowship.

Containing five games in all, this party pack offers various trivia-based games and Drawful, a Pictionary-type game that ended up being a personal favorite. One of the most unique aspects is that the game supports player bases of four, eight or even 100 depending on the game. Instead of needing a couple handfuls of controllers, players can use their own internet-connected smart devices. This is fantastic for convincing those who typically scoff at games to give them a try. The device’s touchscreens also make Drawful 10 times more hilarious, as drawing a neutered dragon on an iPhone screen (legitimately the first word my sister got) is actually rather hard. The awful drawings end up being the best ones.

Over various family gatherings through the holidays, Party Pack was busted out, often at the request of an entirely different family member. Jackbox Party Pack is a refreshing experience showing that innovative ways of doing local multiplayer gaming exist. One other cool point to note is that with a few of these games, lag isn’t an issue, and you can play with your viewers while you stream on Twitch without them owning the game. It’s an absolute blast. 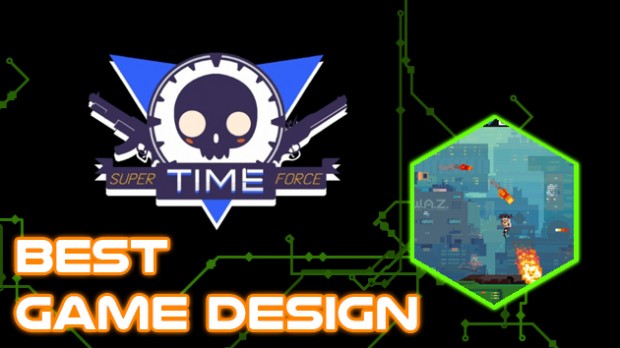 Don’t Fear the Reaper isn’t just a ‘70s rock song and the inspiration for SNL’s famous “More Cowbell” skit. It’s also the guiding principle behind Super Time Force’s central game mechanic: single-player co-op. It may be an oxymoron, but it’s still an accurate way of describing the gameplay in Capy Games’ side-scrolling shooter.

Death comes frequently to those who play Super Time Force. Being struck just once by a bullet, enemy or any of the other dangers that saturate almost every pixel of the screen will cause the player-character to keel over — but not for long. Capy expected players to perish with regularity, so it empowered them with the ability to overcome the minor nuisance of having your life expire. It gave them the ability to rewind time and fight alongside previous versions of themselves, giving players not just a second chance, but a better chance.

Despite being a single-player-only game, Super Time Force is ingeniously designed to essentially be impossible for a sole player to conquer. Boss fights in particular present absurd challenges for the individual. Unforgiving timers and punishing attacks make certain of that. But when the individual plays smart — dying and rewinding at the right moments — and teaming up with, well, the individual, these once unstoppable foes become no more intimidating than a cowbell-playing Will Ferrell with his exposed gut hanging out from his shirt. 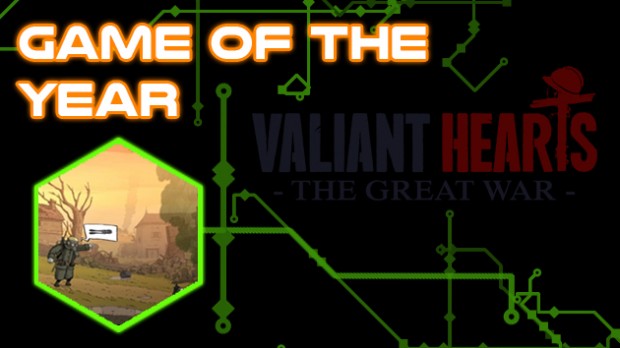 Valiant Hearts: The Great War seemed like it came out of nowhere. I still remember seeing it at E3 last year where it quickly shot to the top of my list of games I couldn’t wait to play. Here was a side-scrolling graphic adventure with puzzles reminiscent of the old point-and-click PC adventure games, mixed with little bits of action and rhythm pieces, and all of it was meshed with a beautiful cartoon art style and a gorgeous score. I’ve seen (and skipped) plenty of these kinds of games on PC over the years because I’m not really a PC gamer, so I was very excited that Ubisoft was bringing this game to Xbox One (and a ton of other platforms too).

Once I did get my hands on it, I pretty much couldn’t put it down until the tear-soaked finale. Valiant Hearts absolutely did not disappoint. The story is exciting, funny and touching. It’s just a wonderful game. The puzzles are just hard enough to give you a good challenge, but not so hard that you get frustrated at any point. The humor hits all the right notes — even when some of the puzzles you need to solve border on the somewhat ridiculous — and helps build the connection you will feel to these characters when they go through their trials and tribulations.

On a side note, Valiant Hearts is also my dog’s favorite game of the year. One of the characters you control throughout the story is a dog, and she went crazy chasing it around the screen.