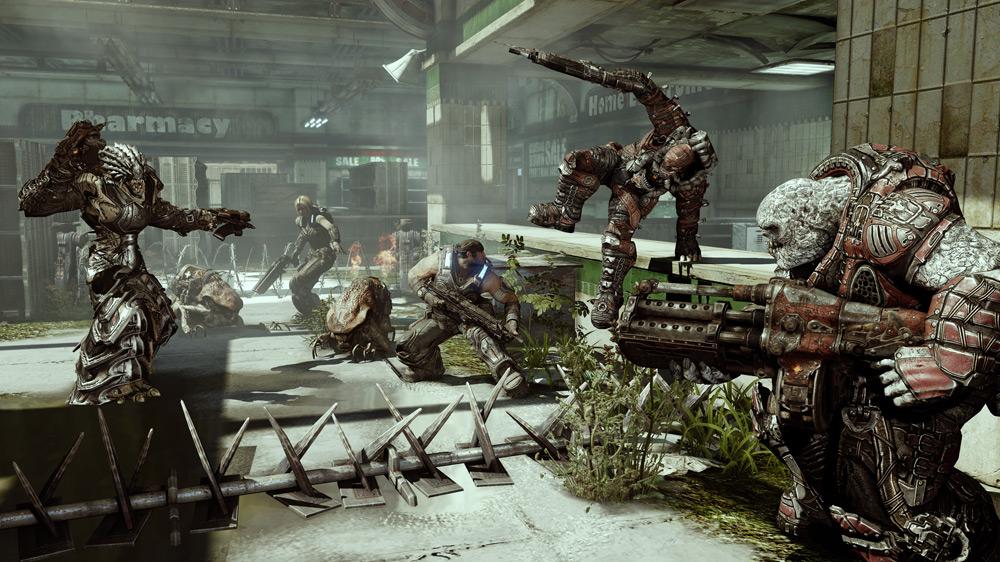 There’s a list of disturbing trends that have developed within the gaming industry this generation, and they revolve around cooperative play. Co-op is nothing new to gaming. It has existed since the earliest days of coin-op arcade machines going back decades. This generation however, co-op has evolved. No longer do we just get to tread through a game’s campaign with a friend, sometimes we get an entire stand alone co-op campaign. In other instances, we get completely unique cooperative modes with their own setup and rules like the highly successful Horde mode in Gears of War, or Zombie mode in Call of Duty. More than ever, developers are taking advantage of the fact that its just plain fun to play games with your friends. The evolution of co-op has also unfortunately created problems. And its about time we start talking about them.

Forcing it– While I will lay out a list of sins that developers are committing, the biggest offense comes from forced co-op. Let’s just lay it out there straight, with no holds barred; If you’re designing sections of your single-player campaign so that they can only be “properly played” through co-op, you’re doing something wrong. An example of this is in the recently released Rise of the Martian Bear add-on released for Iron Brigade. Before I go any further, let me say that I thoroughly enjoyed the DLC, and highly recommend it to anyone who owns Iron Brigade. My problem however, comes from the level, and survival map known as Settlement. The level is very large and tasks you with defending three bases which are extremely far apart. Attempting to do this by yourself results in bucket loads of frustration as you run around the level and try to eliminate groups of enemies that you just can’t get to fast enough. You can put lots of emplacements down, you can load up with long range weapons, you can try a number of things, but the fact is, finishing this level by yourself requires a lot of things to line up, a lot of trial and error, some lucky shots, and a lot of time. Settlement also doubles as a survival map in which you are tasked with surviving as many waves as possible before the tubes destroy one of your bases. Attempting this solo is absolutely masochistic as you won’t make it anywhere on your own.

The problem is, the level is essentially set up for four-players. If you want to earn a gold rating in the campaign portion, or get anywhere in survival mode, you need several other players to join you. Hell, finishing it by yourself at all is an accomplishment. There are two ways developers can remedy this; Design the level differently to begin with, or provide you with tools to deal with situations like this. To Double Fine’s credit, Iron Brigade does allow you to customize your mech and gives you plenty of options for a variety of scenarios. None of them are sufficient for scenarios such as this. So the problem remains; The level is designed for four-players and attempting it by yourself will result in a great deal of frustration.

“Cooperation”– This brings me to my next point; I don’t usually enjoy playing cooperative modes with random people I find via matchmaking on Xbox Live. You know the story. You run into people who grief you, you run into people who don’t understand how to play the game, and sometimes you run into people who cheat. The fact is, I only want to play cooperative game types with my friends. Which is becoming another problem. The older I get, the less games I find my friends, and even myself playing. All of our lives are moving in new directions. Some of us own houses, some of us are parents, some of us can’t afford to buy all the games we want. So when you include cooperative play in your game, you better give me plenty of options to go about playing with my buddies. 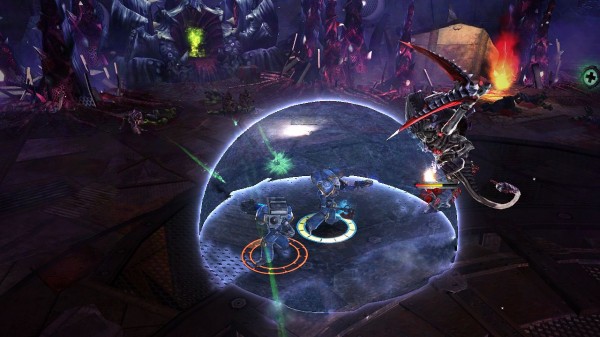 Sin of omission– Surprise, this is the next issue I want to talk about. The year is 2012. Why on earth then, do some games omit either online or local co-op? Last year’s Warhammer 40,000: Kill Team was a game I really enjoyed. It introduced me to the Warhammer 40,000 universe, and I went on to buy Warhammer 40,000: Space Marine, a book in the series, and I’m interested in the upcoming Warhammer 40,000 MMO, Dark Millenium Online. For a reason I cannot fathom, the developers included only local co-op, skipping out on the online option. While I did have a friend over to plow through the game by my side, why didn’t it feature online co-op? Had it included online co-op I would have recommended the game to some of my other friends who no longer live within close proximity, so we could play the game together. Instead, the developers skipped it, and hurt some of the game’s sales potential by their own doing.

Sin of acedia– Another example of this is in Gears of War 3. The Gears of War franchise is one of the biggest franchises around. If you own an Xbox 360, and you’re a semi-serious gamer, you probably own Gears ofWar 3. Epic played a huge role in the evolution and popularity growth of co-op this generation with the launch of Horde Mode in Gears of War 2. Where else can you team up with four friends and blast beefy Locust enemies to bits? Unfortunately, you can’t mix local split-screen games with online players. So if I want to get my buddies together, and one doesn’t have an Xbox, he can’t come over to my house and play Horde with the rest of us who are connected via Xbox Live. But you can do it in Versus game types. It’s like the ultimate tease. Here you have a great game type, that gets even better when you play it with friends, but you can’t include everybody because of a limited number of options.

Campaign co-op-There’s one more piece to this puzzle that I want to talk about, and that’s the lack of the ability to play through a game’s campaign in co-op. In some ways, this is becoming a lost art. Don’t get me wrong, I absolutely love standalone co-op modes like Firefight in Halo: Reach, and the others I’ve referenced. But the ability to play through a game’s campaign with a friend (or three) should not be overlooked. I’m someone who always plays through a game’s campaign first. Even if the game is known solely for its multiplayer, I just plain enjoy campaigns. They are often host to amazing moments which you want to play through with a friend. You want to share the experience. When you elect to include a co-op mode in your game, but not enable it in your campaign, you don’t allow your player base to share this experience with each other. You’re limiting the amount of enjoyment that can be had with the campaign you’ve designed. And that shouldn’t happen. 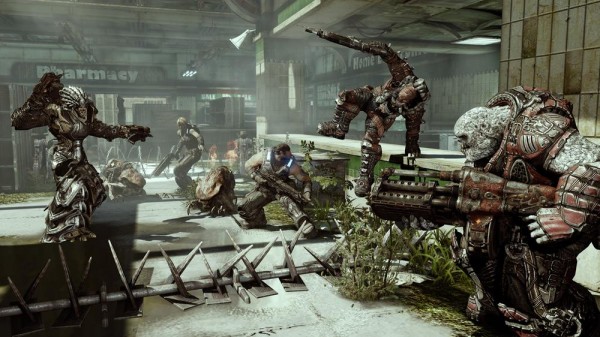 Let me conclude by saying that I respect game developers immensely. Some of the companies that I’ve referenced in this article are developers that I’m extremely passionate about and serve as inspiration to me. Their work is the reason why I love gaming as much as I do. But that said, I can hear the excuses starting to form already; There was a technology issue that prevented us from doing it! It’s a server issue! We ran out of money! We spent the development time on other, more important things! Co-op would ruin the balance of what we’ve built! You know what my answer is? I don’t care. As a game developer, don’t you want more people to enjoy your games? Don’t you want to build your sales so you can continue doing what we all love? These co-op sins are problems, that need to be addressed. I hope some of the developers out there take this list of theses to heart and continue to make great games for years to come. With plenty of co-op to go around.