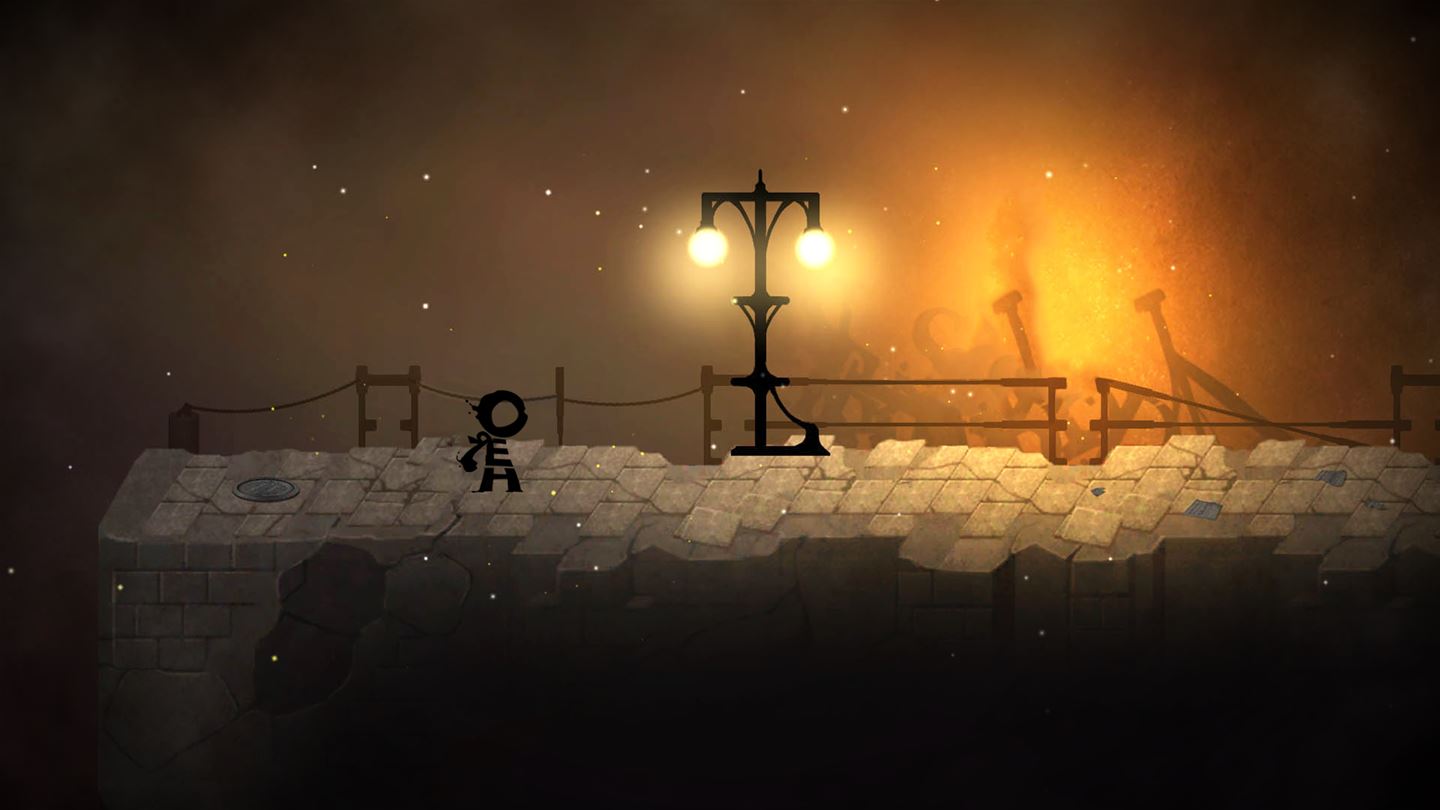 It’s been almost seven years since Playdead’s LIMBO wowed us with their moody take on the puzzle platformer. Every year we see a flurry of new contenders, trying to match the style but not many try to push the boundaries and try something new. That is until Typoman Revised came along (it’s called Revised because the Wii U got the original version) and added some unique word puzzles to the familiar genre.

Regarding gameplay, Typoman is a 2D puzzle platformer. Players take on the role of a character made of letters, struggling to make his way through a dark and hostile world. What makes Typoman stand out, however, is his ability to craft words that can alter the environment. For example crafting the word RAIN can bring about a storm or COVER will protect you from enemies. But choose your words wisely. They can either be a blessing or a curse! 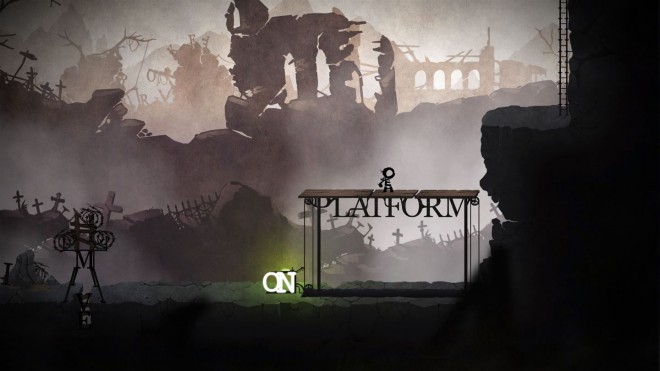 Graphically Gorgeous – So it looks a little bit like LIMBO, but that doesn’t mean the graphics aren’t impressive. Similar to LIMBO, Typoman is largely filled with silhouettes against a dark and gloomy, yet stunning background. The main character himself is cleverly built out of the letters HERO as are the enemies who are built from the words EVIL and FEAR. The game also features some amazing sequences which aim to tell the story.

Cracking concept – While Typoman is being classified as a platformer, it’s word puzzles form the real heart of the game. Throughout the world are letters which can be picked up and arranged to form words. Some words will have no consequence other than adding the word to your stats page, but if you choose the correct one, it will light up and change the environment in some way. The letters are a bit bouncy, so I found physically moving them a little annoying, but luckily you can also rearrange the letters using the Word Scrambler which is basically a pop-up menu allowing you to spell words with a little less hassle.

Extras – Once you’ve completed the main game, two mini-games are unlocked: Antonymizer and Word Hunter. The Word Hunter mode is basically like Boggle where you have 60 seconds to find as many words from the letters given. Antonymizer, however, is a real hidden gem. In this mode, you are challenged to create one particular word from a set group of letters. However, the letters you need are often not in your pool. To unlock these letters, you need to create a word and then call on a strange creature called Lie, who will convert this word to it’s opposite. For example, if you create UP, he will change the word to DOWN. It sounds simple enough, but there are some real head scratchers here. My only gripe is that I wished the mini games were unlocked from the start, rather than having to wait until the campaign is complete. 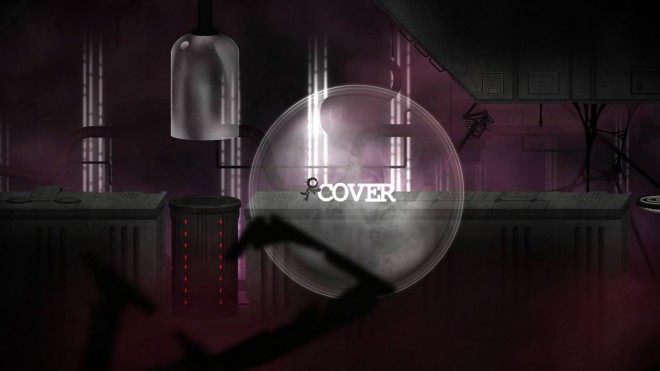 Step for a hint? – The concept behind Typoman is amazing, but it’s execution left a lot to be desired. The word puzzles jump from very easy to totally obscure and with no hint system on offer, you’re often sat wondering what you’re even trying to do, let alone craft the word for it. Most of the puzzles require a very specific word, meaning it’s not just about solving a puzzle, but trying to solve the puzzle the exact way the developers want you to. Scribblenauts this ain’t!

Poor Platforming – Well the puzzles weren’t great, but what about the platforming side? Sadly it wasn’t much better. Character movement feels sluggish and there were times I was either getting stuck on invisible things or the game was struggling with lag. Oddly, there’s actually very little platforming in the game as a whole, with large sections “challenging” you to walk from one side of the screen to the other. But when things did heat up, the developers chose to use all the most annoying aspects of platforming games, like auto-scrolling screens, instadeath moments, items that bounce too far when dropped and a horrible boss battle which forces you to die several times in order to learn the pattern.

The End? – There are only 3 chapters in Typoman, and it was disappointing to find that the whole game can be completed in around 4 hours. The game is also littered with overly long cutscenes, which are impressive to watch but do little to explain the story, and when the game is as short as it is, it’s really leaving you with very little actual gameplay. 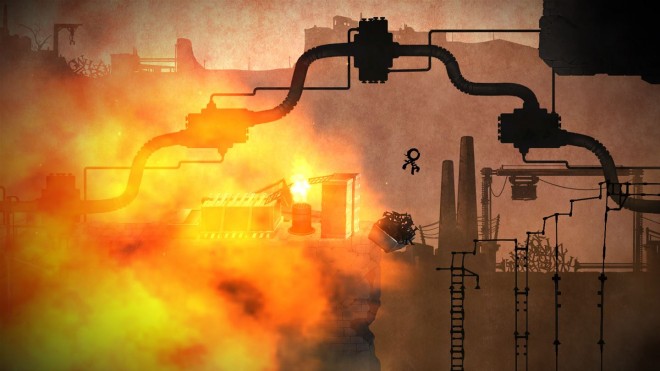 I loved the idea behind Typoman, but sadly the the actual implementation didn’t play out as I hoped. The graphics are stunning, but the gameplay itself doesn’t hold up. It’s also extremely short and worse still when you consider the 3 hour runtime is being padded out with lengthy cutscenes and having to repeat sections due to unfair instant deaths. On the other-hand, The Antonymizer mini game was a real hit, but not quite enough to save the game and warrant a purchase.

Typoman Revised was developed and published by Brainseed Factory on Xbox One. It was released on February 17, 2017, for $12.99. A copy was provided for review purposes.

Limbo developer buys itself from investors 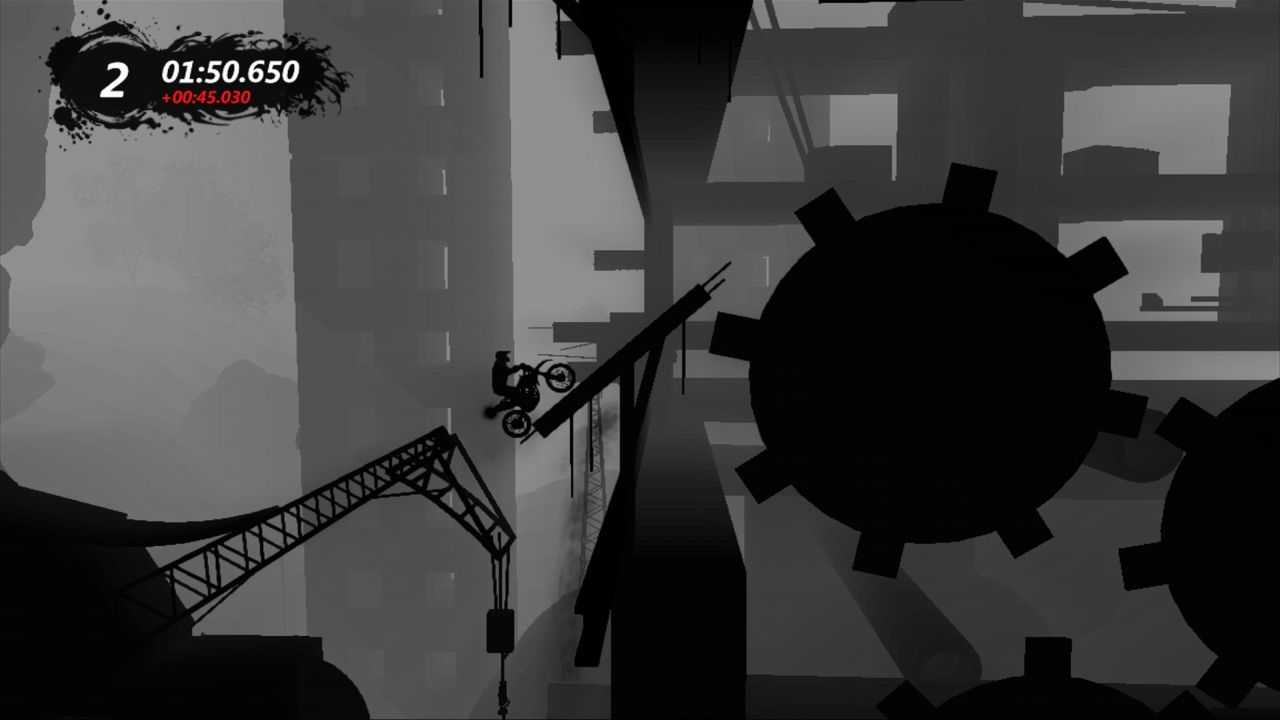