Like a veritable toy box, Toy Odyssey: The Lost and Found is a roguelike, Metroidvania style, action-platformer with some tower defense and RPG elements thrown in for good measure. We take on the role of Brand, an action figure toy who comes to life at night in an effort to explore the house and fight the darkness.

Of course Brand is not the only toy in town with powers, as throughout the house hundreds of other toys awaken and not all them are friendly! Players will need to fight their way through the house to find the source of the darkness which is causing the toys become evil. Whilst Brand is out and about adventuring, the bedroom, which acts as the player’s base, is also under threat of invasion so we must use crafting to improve security and built a bedroom fortress. 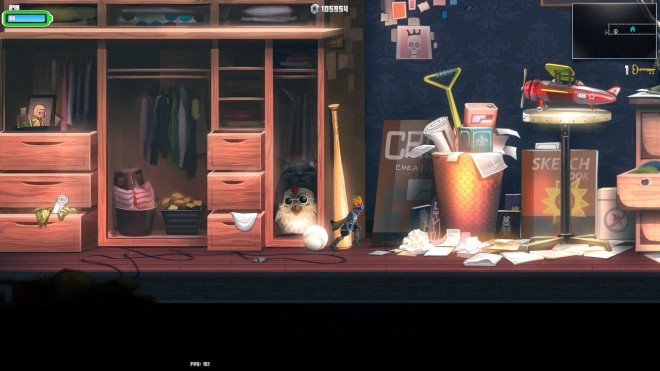 Great gameplay – Toy Odyssey takes on a whole heap of game genres and manages to do each one well. The platforming is tight and movements feel very natural and responsive. Smashing up enemy toys is also enjoyable with the game boasting over 300 different variants each with their own attack patterns. As you progress, you come across good toys to rescue who once returned to the bedroom will offer clues on what is causing the darkness and new missions. The game also employs roguelike features where on death Brand will be returned to the bedroom with his map memory erased meaning the next adventure comes with a new randomized map. All is not lost, however, as Brand gets to keep any loot he’s earned which can be used for crafting and purchasing upgrades.

Playing dress up – As you smash up evil toys, Brand is rewarded with nuts (metal, not monkey) which he can use to upgrade his weapons and armor. Each part of his attire is upgraded separately meaning you can choose to have level 10 boots and cape but only level 2 head gear. Each level brings a new look for Brand and as each part of his body is upgraded separately we can have a new mix and match appearance after every trip back to the bedroom. Upgrades can also unlock new abilities, for example upgrading your cape to a high enough level will unlock a useful glide ability and new shoes can result in a fabulous double jump.

Dream house decor – The game’s setting has allowed the game’s developers to invent plenty of fun and imaginative toys for us to battle against. We have the GI Joe types, Russian Dolls, Toy cars and space ships all out to get you. There’s even the odd insect and rat lurking for you to combat. Backgrounds are procedurally generated but tend to follow the decor you would expect from each room in a house from kitchen to bathroom and even backyards and hidden corridors. Brand himself moves with a lovely fluid animation that reminded me of the movements seen in XBLA hit, Dust: An Elysian Tale. The soundtrack is pleasant, fitting in with the toy box theme and has a slight Castle of Illusion feel to it, but it’s the game’s sound effects that are most impressive. You can hear every ping as nuts hit the floor and clockwork keys and springs creak away in the background putting you right in this magical house come to life. 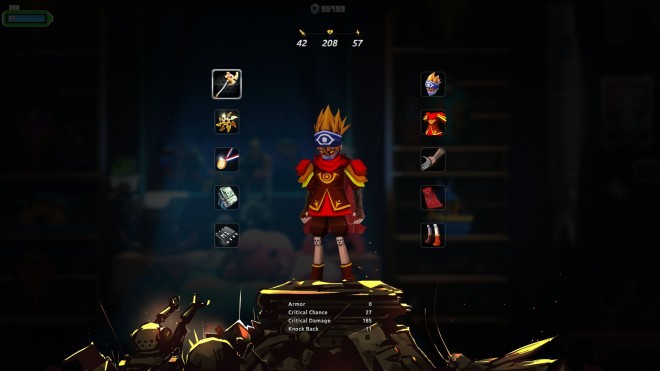 A bit grindy – Whilst I was able to level up Brand himself using the nuts I was collecting, I didn’t seem to collect much of anything else required for any actual crafting. It was nearly 3 hours in before I was able to craft my first new weapon and it was only after 6 hours before I found any items which will allow me to start crafting the bedroom defenses which protect your base from the darkness whilst you are out exploring. The issue is highlighed further on a later mission where you need to collect 20 of three different types of item. After 2 hours I still have 18 of all three still to collect and no further progression other than some fancy new attire.

A bit samey – The roguelike elements work well in Toy Odyssey allowing a good balance between fear of death and actually being able to progress. However, despite each new start giving us a freshly randomised map and a whole new house to explore, it soon starts to feel a little too familiar. The enemies might be in different locations and the bathroom might have been replaced by the baby’s room but essentially we’re still playing the same game of jumping and smashing things up. Mix this with the tough grind and we’ve got a game that seems to be fighting to drag out your play time when we’ve already seen much as we need to. 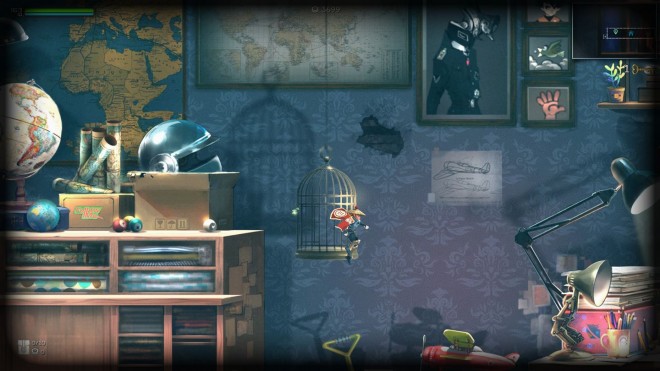 I loved my first few hours with Toy Odyssey: The Lost and Found, however the grind was too steep and it wasn’t long before the lack of real progress dragged the experience down, ultimately becoming boring by the end. However, it looks like the developers are listening to feedback, as there have been a fair few patches released during my time with the game which increased the variation in materials found allowing me to do a bit more crafting. The game certainly looks and sounds great and mechanically plays very well. If you don’t mind a grind, feel free to get stuck in straight away, others however might want to wait until the developers have finalized the design balance.

Toy Odyssey: The Lost and Found was developed by Hiker Games and published on Xbox One by Digital Smash. It was released September 21, 2016 for $14.99. A copy was provided by the publisher for review purposes. 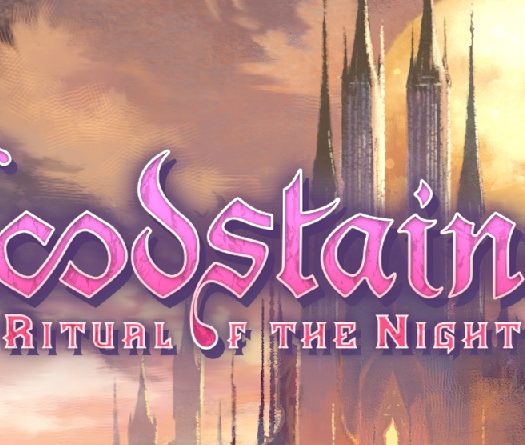