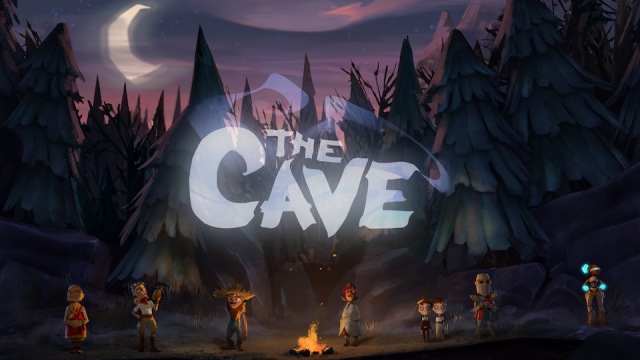 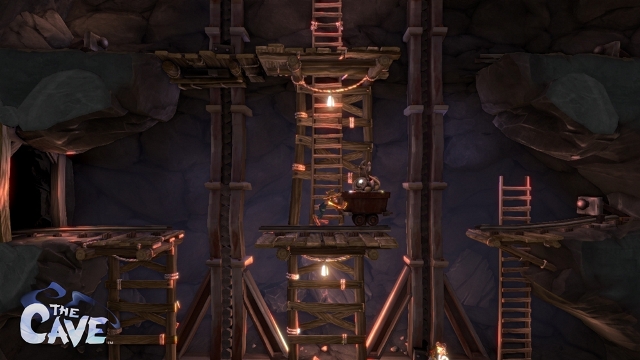 The Cave – No, not “The Cave,” but “the Cave.” Well-written and masterfully voiced with no shortage of sarcasm and flippancy, the Cave entertains almost every time it speaks. The Cave has all the dirt on its adventurers — as well it should considering all of it is stenciled onto its walls — and is never afraid to dish. You won’t exactly be rolling on the floor laughing your ass off, but you will regularly crease a smile at lines that simultaneously critique and make light of events as dark as murder.

The puzzles – Most of Double Fine’s puzzles have a healthy mix of challenge and approachability. It’s not terribly uncommon to get hung up on one of them, but it’s rarely long before the answer dawns upon you. “Of course that bucket needs to be filled with water before it can be used to catch sticks of dynamite! How obvious!” There is much satisfaction to be had when a plan comes together and all three chosen characters are properly manipulated to conquer a challenge, especially since solving a puzzle tends to elicit a reward in the form of more schtick from the Cave. Once more, without feeling – You’ll have to choose three of The Cave‘s seven playable characters each time you start a new game. The characters all have their own well-themed sections of the Cave that play to their character types and abilities. These areas are generally fun to play through, as are the parts of the game between them through which all characters must play — at least, they are the first time they’re experienced. Double Fine requires you to schlep through these shared areas and tediously re-solve their puzzles every time you play through the game. The issue is further compounded by the fact that you’ll also be forced to play through two of the character-specific sections twice in order to play through the game as all seven members of the cast.

Are we there yet? – “One of the goals of The Cave was to make getting from one place to another fun,” reads the message from designer Ron Gilbert that accompanied review codes of his latest game. It’s admirable that he and his team set out to fix an issue that plagues the point-and-click adventure games of yore, and actually moving the characters instead of instructing them where to go was obviously the right design decision to make. However, there is little “fun” to be had in walking around the Cave. There is nothing to do outside of solving puzzles and walking to them, and the constant backtracking involved in solving them is monotonous.

One slot to save them all – The Cave has but one save slot. One. Singular. It is in all likelihood not at all necessary in the year 2013 to expound any further upon why this is a problem. This is a review, however, and reviewers are wont to expound. Stuck on a puzzle to the point of boredom and frustration and interested in taking someone else for a spin? Go right ahead and do so…as soon as you agree to erase your progress first. Double Fine’s decision to restrict the game to one save file is as senseless as it is inexcusable. 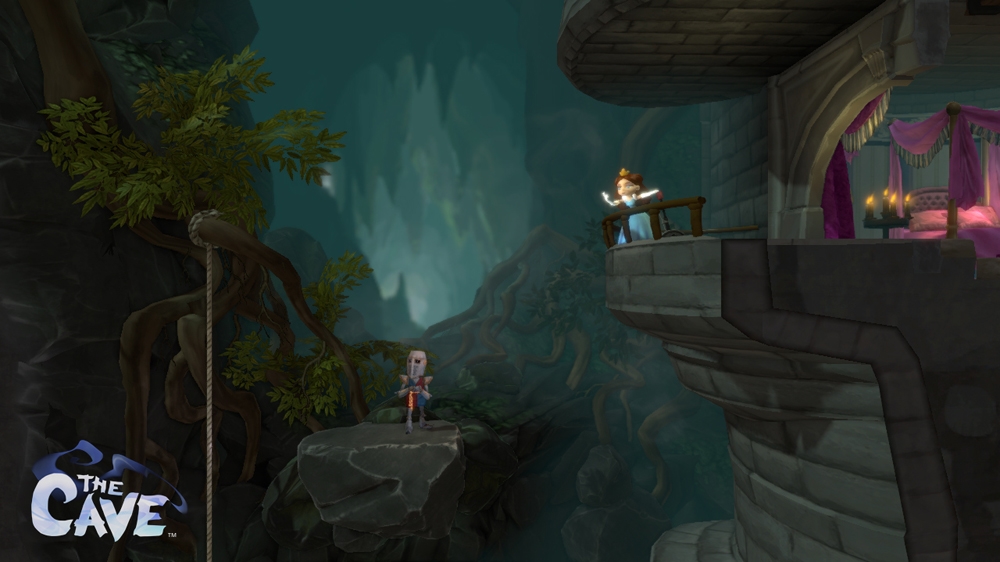 The Cave is a game that most everyone will want to love due to the impressive pedigree of its designer and the promise its opening moments show. Sadly, it’s ultimately a game that only a parent could love. Break out your spelunking gear and give The Cave‘s intelligent puzzles and excellent presentation a chance, but don’t expect to lose yourself in the adventure.

The Cave was developed by Double Fine Productions and published by Sega. It was released January 23, 2013 for 1200 MSP. A copy was provided by Sega for review purposes. 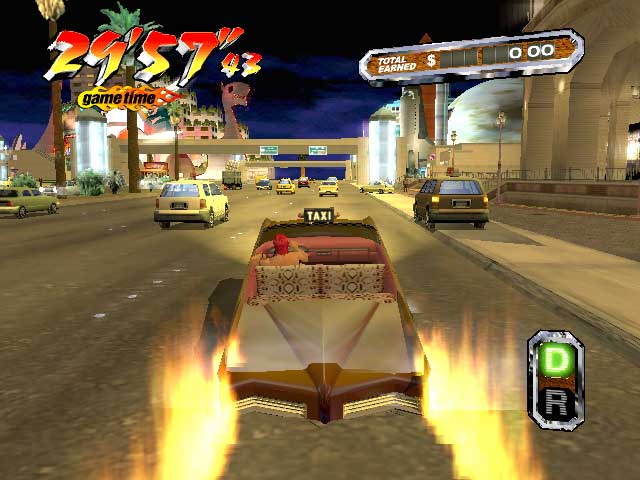 Read More
Weekend Rant: It should have been Crazy Taxi 3, Sega 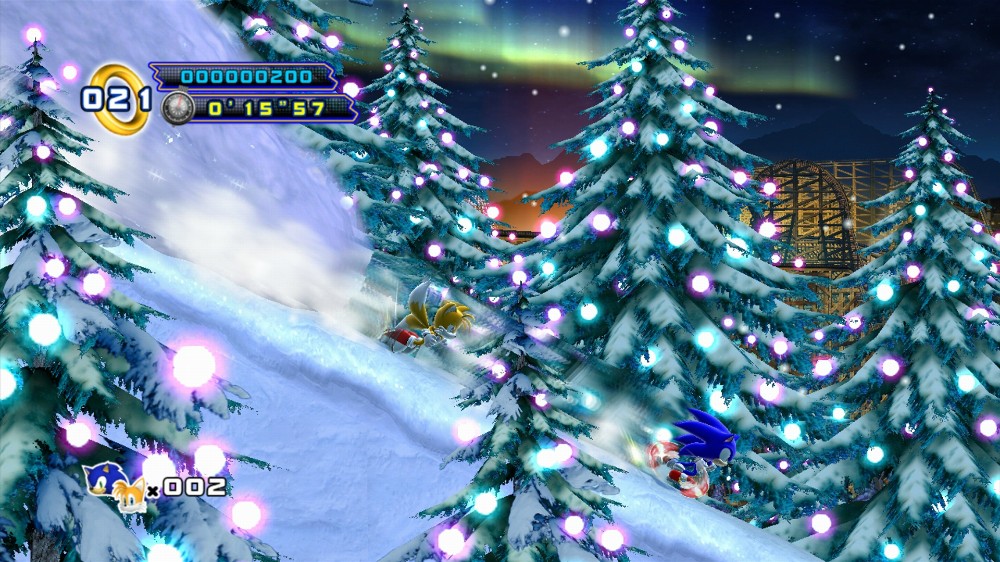 Sonic the Hedgehog 4: Episode II details and screenshots leak from the Mark...