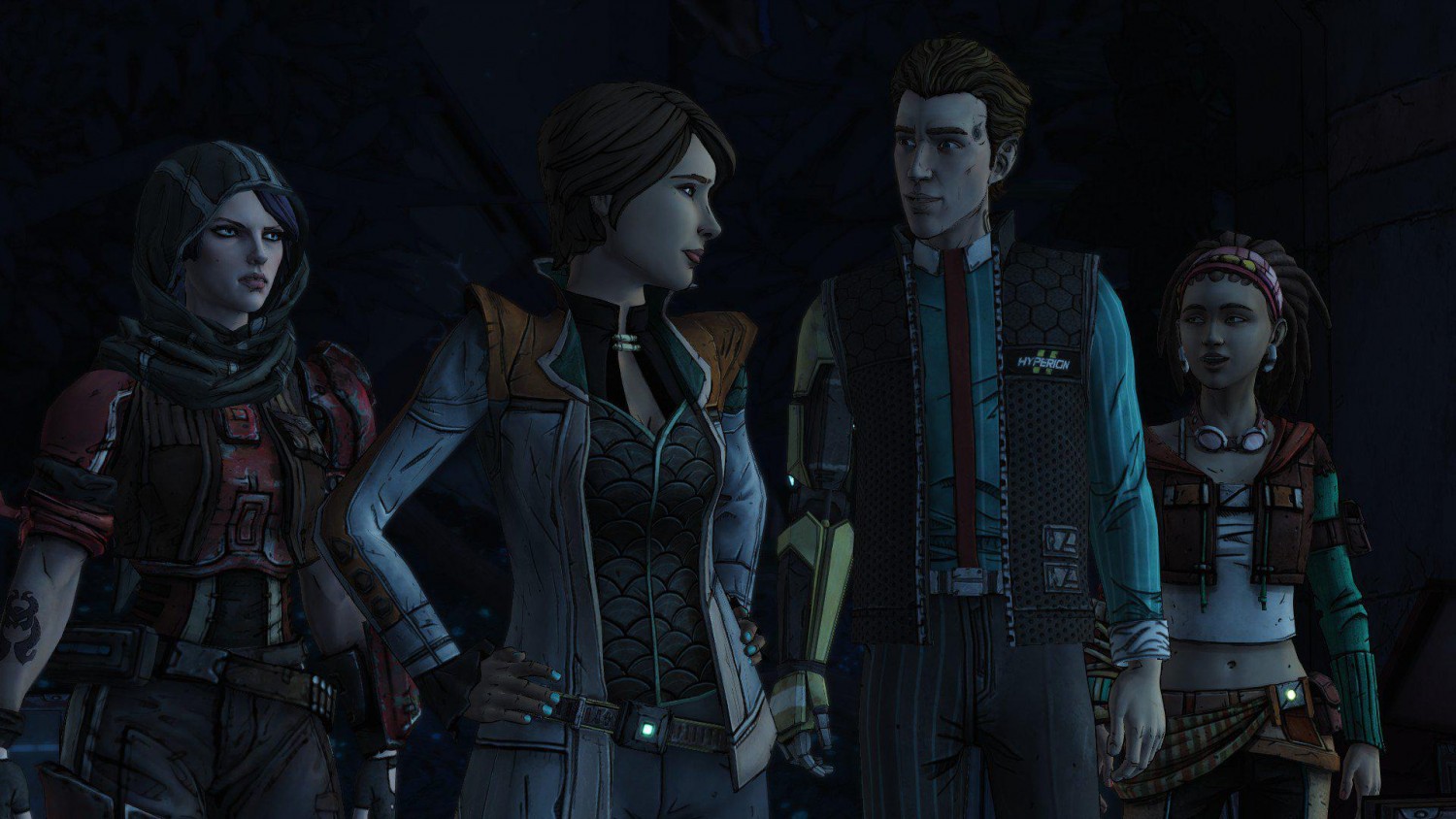 The previous episode of Tales from the Borderlands, though enjoyable, was a bit slow and had a sudden ending. While unfortunate at the time, it turns out the episode was just planting the seeds that would grow into the awesome man-eating plant that is Catch a Ride. The third episode of the series is an embarrassment of riches, as it over-delivers on the usual Borderlands goods while doubling the amount of lovable robot companions.

Catch a Ride picks up immediately where Atlas Mugged left off — letting you live out your cliffhanger of choice. Not only does each option result in a unique, entertaining action sequence, but it also causes small yet substantial changes that ripple throughout the episode. Rhys and Fiona are continuing their search for a vault, now accompanied by their new robotic guide Gortys. She’s easily the highlight of the episode, doing double duty as an adorably innocent companion and the means by which the plot moves forward. The episode moves quickly through a lot of new territory, from a huge change in the villain community to the exploration of a deadly Atlas bio-dome. Telltale has yet again succeeded in mixing some great character moments into the mayhem, as both main characters get some great development: Rhys through his relationships with his companions and Fiona through her facing the trials of vault hunting. 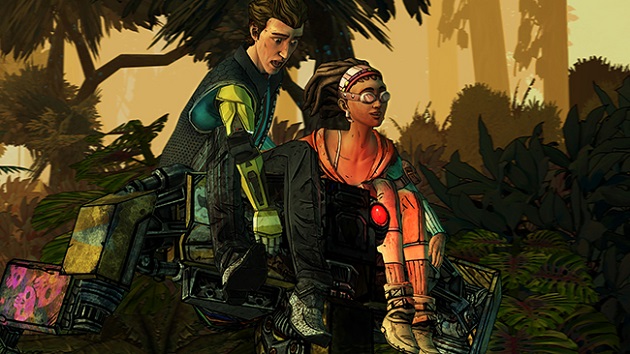 This is the episode where choices really start to feel like they matter; even though the main story stays the same, there are many variation of the same scene. The element of choice no longer feels like just a punch line to a joke, but something more vital, as characters are faced with some legitimately difficult moral decisions.

The gameplay remains the same as usual — enjoyable, but not abundant. The few moments you get to walk around do have some new, fun wrinkles thrown in for those who enjoy flavor text and random shopping sprees. There’s also a bigger focus on Fiona’s gun, although it’s only for solving the most rudimentary of puzzles. The only major letdown of the entire episode is the action sequences; although the quick time events are by far the most imaginative and slapstick-filled to date, the game has a lot more trouble than usual loading during these segments. Movement-heavy sequences pause for upwards of 10 seconds between each camera transition, making scenes with quick cuts drag on forever.

All in all, Catch a Ride is a pretty wild ride, just so long as you can look past some technical issues.

Tales from the Borderlands Episode 3: Catch a Ride was developed by Telltale Games and published on Xbox 360 and Xbox One by 2K Games. It was released June 24, 2015 for $4.99. A copy was provided for review purposes. 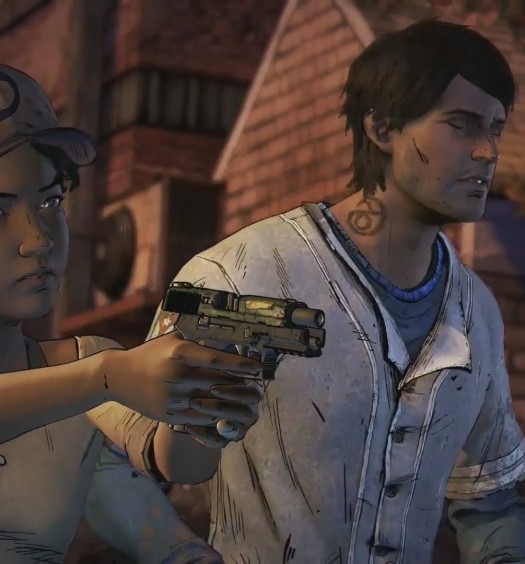